Home 2019 Kookaburras and Hockeyroos get the better of German teams 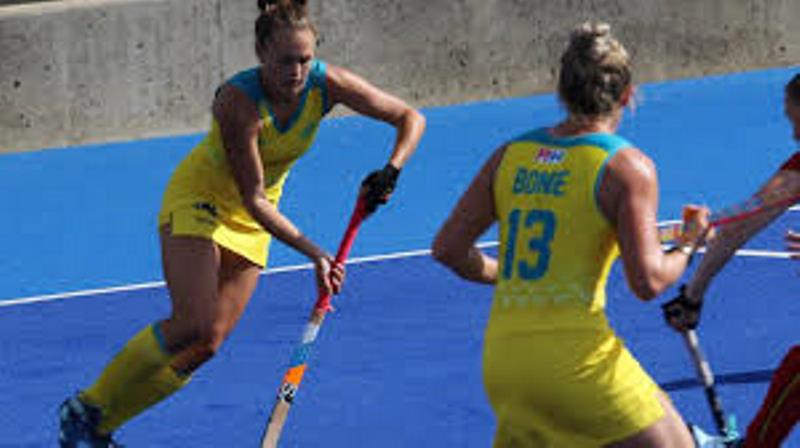 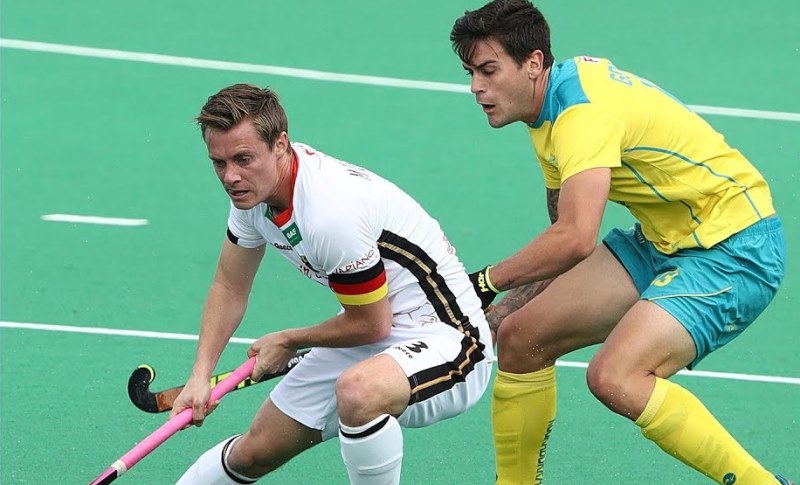 Match Day 10 of the inaugural edition of the FIH Pro League saw Germany’s men and women make their respective competition debuts, but it was the teams of home favourites Australia that enjoyed the better results at the Tasmania Hockey Centre in Hobart.

Australia’s men recovered from last week’s 4-1 home defeat at the hands of world champions Belgium in Melbourne by claiming a 4-2 triumph over the Beijing 2008 and London 2012 Olympic champions, while the Aussie women claimed a bonus point against their German rivals by winning the shoot-out after the contest finished with the scores locked together at 2-2.

The men of the Kookaburras (FIH World Ranking: 2) and Die Honamas (WR:6) were first to take to the field, and it was the visitors from Europe who made the better start in an exhilarating first quarter. The pace and skill of Germany’s attackers caused huge problems for the Australia defence, and it came as no surprise when Florian Fuch’s scored a brilliant deflection at the back post after excellent set-up play from strike partner Christopher Rühr.

Australia worked their way back into the contest and pulled a goal back thanks to a close range strike from Jacob Anderson, who added a second early in the second quarter to give the Kookaburras a 2-1 lead. The lead did not last long, however, with Lukas Windfeder immediately restoring parity with a low penalty corner to leave the team’s level at half time.

Australia stepped up their game considerably in the third and fourth quarters, with Germany’s FIH Goalkeeper of the Year 2018 nominee Tobias Walter making some stunning saves to keep the Kookaburras at bay. However, Walter could do little about the two goals he did concede, with Tom Wickham tapping home in the third quarter after an initial strike rattled the cross-bar before Dylan Wotherspoon pounced in the fourth period to take the score to 4-2 and effectively wrap up the points for the team coached by Colin Batch.

“It feels pretty good to get two goals in only my seventh cap, so I’m really happy”, said Australia’s 21-year-old Player of the Match Jacob Anderson after the match. “We had a little bit of a disappointing start last weekend, turned it around this weekend with a good performance against Germany so hopefully we can keep building from this.”

Germany captain Mats Grambusch said: “Obviously we lost so we are not really happy with it, but I think we had a good match. The first half was very good defence-wise, and we also had a couple of chances. We knew it was going to be a hard one against Australia. It was our first Pro League match and we now have to move on from it and go to New Zealand [next weekend].”

Australia’s win sees them climb to fourth in the FIH Pro League standings, which are calculated on percentage of points claimed from those available. To view the current standings in the men’s FIH Pro League table, please click here.

Like the men’s match, the meeting between the women’s Hockeyroos (WR:3) and Die Danas (WR:5) was another close encounter. Germany were aiming to get their FIH Pro League campaign off to a winning start against an Australia team that may have been feeling a little bit of fatigue after yesterday’s 4-3 victory against China. With Australia’s key defender and penalty corner expert Jodie Kenny missing for a second successive match due to an injured quad muscle, Germany’s chances of success had seemingly increased.

Australia’s FIH Goalkeeper of the Year 2018 nominee Rachael Lynch was certainly the busier of the two shot-stoppers in the opening period, but numerous solid blocks allowed the home favourites to take a 1-0 lead into the quarter-time break thanks to Sophie Taylor’s perfectly executed penalty corner slap-shot, her first international goal.

Germany scored a deserved equaliser in the second quarter as Hanna Granitzki pounced from close range after a penalty corner deflection from Alisa Vivot rattled the frame of the Australia goal. The goal came shortly after Taylor had a fine chance to double Australia’s advantage, firing a second phase penalty corner into the pads of Germany goalkeeper Julia Sonntag.

Paul Gaudoin’s Australia team made the perfect start to the third period when Grace Stewart scored her second goal in two matches, adding to yesterday’s strike against China with another clinical open play finish. Yellow cards in quick succession to Australia’s Rebecca Greiner and Nike Lorenz of Germany proved disruptive, but when both teams were restored to their full quota of players it was the team from Europe that took control.

Germany drew level at 2-2 with Hanna Granitzki again the scorer, finding the net with a close-range penalty corner follow-up that was almost identical to her first effort. Die Danas looked the team more likely to win it in normal time, with Charlotte Stapenhorst twice going close before the match finished with the scores level.

While both teams had earned a point from the contest, it was Australia who claimed the bonus point from the fixture by winning the shoot-out 3-1. Rachael Lynch yet again proved her class in the one-on-ones by being beaten only once, with Edwina Bone, Brooke Peris and Mariah Williams all on target.

“It is very exciting, it was a really tough game today”, said Player of the Match Sophie Taylor. “We had a tough weekend last weekend, so it was good to be able to play out the full 60 minutes today and win in shoot-outs. It is a really exciting league to be a part of, so we are looking forward to the next six months and what is ahead.”

Germany captain Janne Müller-Wieland said: “We are gutted we didn’t take away more than one point. We had chances throughout the game and could have avoided it going to shoot-outs. But it is a good game to learn from, especially the shoot-outs, we can analyse that and improve for our next game.”