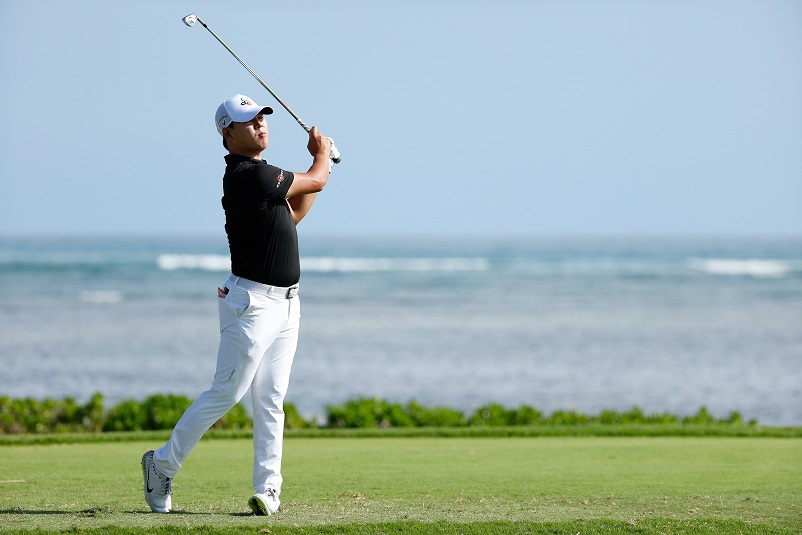 Korea’s Si Woo Kim got his New Year off to a superb start with a bogey-free 6-under 64 for a share of fourth place following the first round of the Sony Open in Hawaii on Thursday.

The 25-year-old, who is a two-time PGA TOUR winner, enjoyed his rewards following a wonderful iron display which saw him hit 15 greens in regulation at the picturesque Waialae Country Club in Honolulu. All six birdies on Hole Nos 14, 18, 1, 3, 4 and 9 were from inside 15 feet as he ended the day two back of co-leaders Peter Manalti and Jason Kokrak.

Chinese Taipei’s C.T. Pan enjoyed a solid 65 to share 10th position, sprinkling his card by six birdies against a lone bogey as he seeks a second PGA TOUR victory while Japanese star Hideki Matsuyama and another Korean, Sung Kang, opened with 66s to stay within close range of the lead.

Kim was delighted to keep the bogeys off his card, and said a nice holiday at home in Korea during the season break was a nice way to prepare for the New Year.

“Since it was the first tournament of the year, I got a little nervous than usual. But I made no bogeys and stayed in my own game. My iron shots were working and I got my putting back towards the end which allowed me to score better,” said Kim, the 2017 PLAYERS Championship winner.

He is currently ranked 78th on the FedExCup and hopes to replicate his career best season in 2016 when he broke through for his first TOUR title at the Wyndham Championship and ended the year in 17th place on the FedExCup final points list.

“Last year was longer during the regular season due to COVID-19. I got to rest in Dallas for a bit then stayed in Korea for four weeks which gave me a good break. Then I came back to Dallas to practice for about two weeks. There wasn’t anything too special in training, just the usual routine,” said Kim, who finished fourth in the Sony Open in Hawaii in 2016 for his best finish in three starts here.

“The golf course here is looking great. I just need to stay to my game, the things I trained for. If I stick to my pace and game, I think I can reach the top of the leaderboard.”

Korean veteran star K.J. Choi shot a 67 while Sungjae Im, who finished top-five in the Sentry Tournament of Champions last week, opened his campaign with a 68. India’s Anirban Lahiri and China’s Xinjun Zhang were amongst those who shot a first round 69.