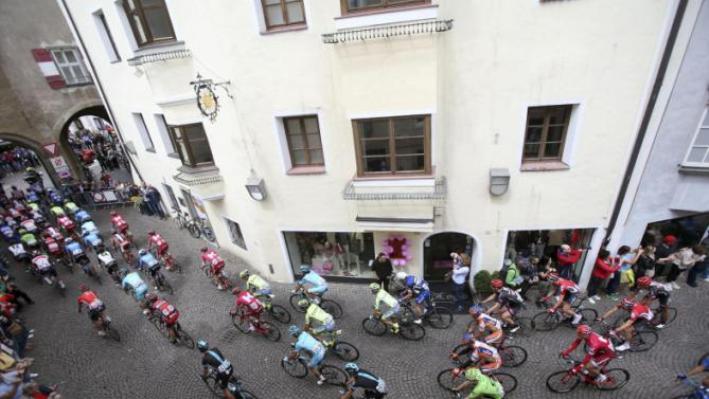 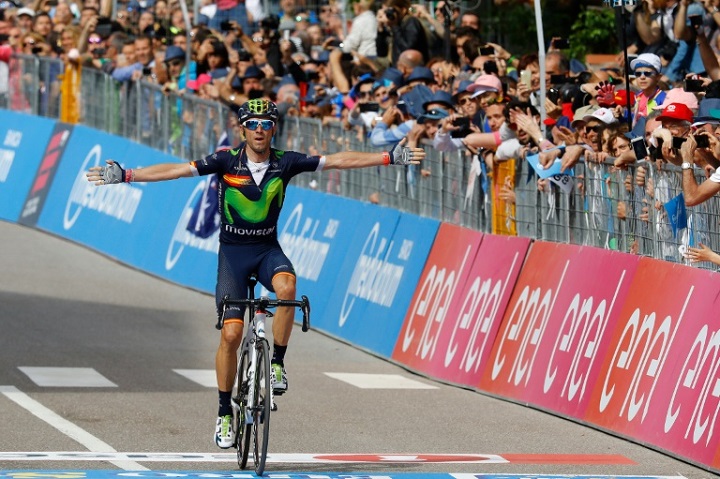 Kruijswijk, of the Lotto team, started the hilly 132 km race from Bressanone to Andalo with a 2min 12sec lead on Colombian Chaves (Orica) and 2:51 on 2013 champion and pre-race favourite Vincenzo Nibali (Astana).

Kruijswijk didn’t have enough in the tank to stop Movistar team leader Valverde, 36, from claiming his maiden stage win on the race after a two-up sprint at the finish.

After leaving Nibali nearly five minutes in his wake however, he said: “I wanted to give my team a win but it’s an ideal situation for the pink jersey as I’m now three minutes ahead of Esteban Chaves and the others.”

On his Giro debut, Movistar leader Valverde has done better than expected as years of racing experience, and good legs, came to the fore for the Spaniard when he launched a telling attack inside the final 15 km.

“It’s a good day for me as I move up in the overall standings, although I wanted a stage win as a gift for the mechanics, soigneurs, directors, my family… all the people who have helped me overcome the day I had on Saturday because of the altitude,” said Valverde.

“We wanted to break the race up today. It’s a great feeling to win for the first time at the Giro.”

Chaves remains second but is 3:00 behind Kruijswijk, with Valverde moving up to third at 3:23 and Nibali, the 2014 Tour de France champion, dropping one place to fourth at 4:43.

Italian champion Nibali had been at the forefront all day but came up short on the final climb, the Fai della Paganella, following an attack by Valverde.

There were only 15 kms remaining and Kruijswijk was quickly on to the Spaniard’s wheel. Nibali, by this time, had used up most of his fuel. He was dropped back to a chasing group that contained Chaves.

Nibali has now lost time to Kruijswijk on the past two stages having been only 41secs behind the Dutchman after Saturday’s ‘Queen Stage’ in the Dolomites mountains.

“I was feeling really good so I had to make the best of this short but really hard stage,” he added.

“I had to follow Nibali when he attacked early in the stage. I didn’t expect so much action the day after the rest day.”

A day after Nibali promised to bite into his deficit, ‘Lo Squalo’ (The Shark) will now look to recover on stages 17 and 18 before the race for the pink jersey resumes in earnest with two big days in the mountains on Friday and Saturday.

Results from the 16th stage of the 2016 Giro d’Italia, held over 132 km between Bressanone and Andalo on Tuesday: