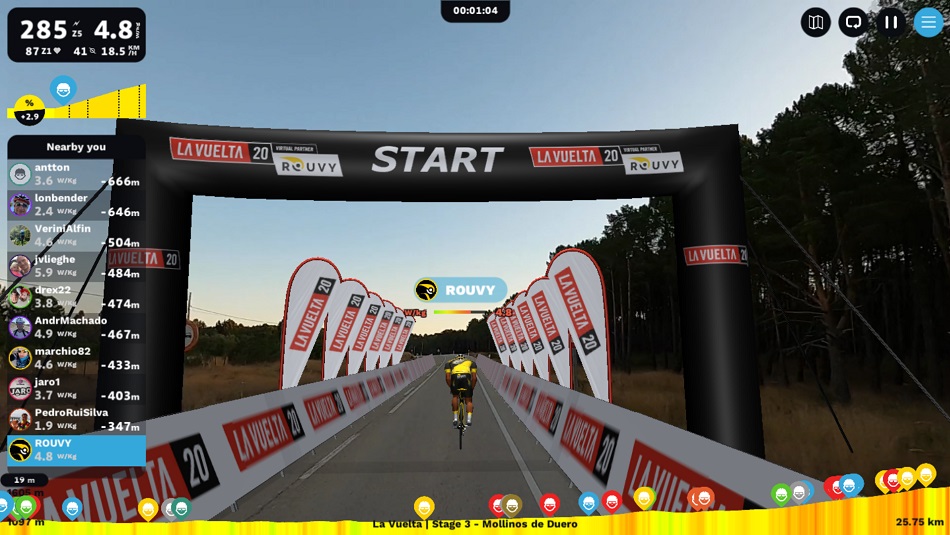 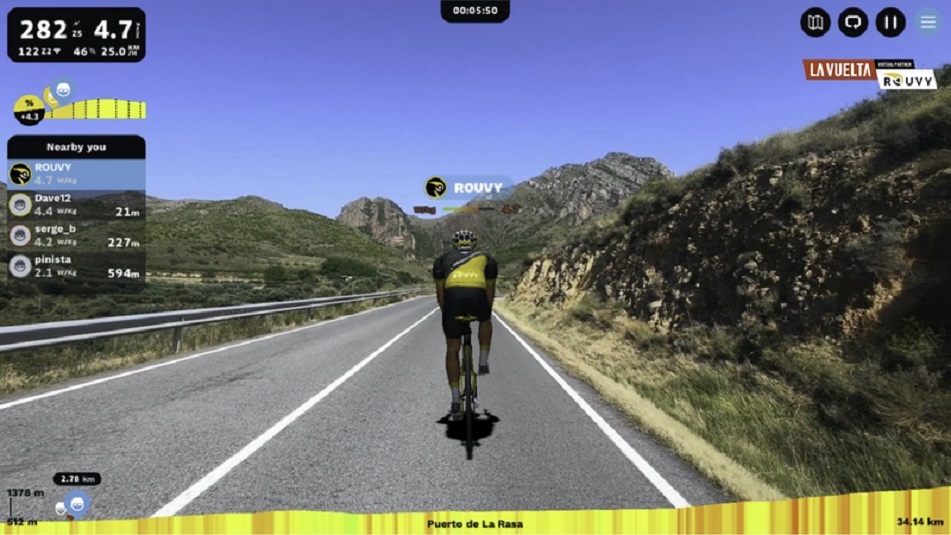 Unipublic and ROUVY, the augmented racing platform, have signed an exclusive 3-year agreement which includes the digitalization of historical stages of La Vuelta, such as the climb to Javalambre Observatory, among many others.

Each year, ROUVY will launch new virtual locations in its app. The partnership will offer athletes a year-round, continuous series of events and unprecedented access to both real and virtual experience on the most iconic and exciting routes of the Spanish Grand Tour.

Building up on a successful 2020 La Vuelta Virtual, ROUVY, a Czech company that specializes in virtual reality cycling, and Unipublic have reached an agreement to develop, for the 2nd consecutive year, La Vuelta Virtual by ROUVY. The series of digital events will run between the months of August 2021 and April 2022. It will consist of several digitally recreated stages of the Spanish tour’s 2021 edition. Both local nationals and international riders around the globe will compete over the stages in real time, from their homes on smart trainers.

During these events users will relive one of the stages of La Vuelta (the selection will include some of the most emblematic stages, such as the climb of Altu d’El Gamoniteiru or the sprint through the Burgos neighbourhood of Gamonal).

All participants will be competing for prizes ranging from official merchandise of La Vuelta and its partners to VIP visits and the actual experience of La Vuelta stages. The stages will be broadcast on Facebook and YouTube, commentated by experts and ex-pros selected just for the occasion.

Petr Samek, CEO of ROUVY: “It is so exciting to be an exclusive, multiple-year, official partner of La Vuelta! I am sure the fans will appreciate the exquisite and amazing opportunity to join the Spanish Grand Tour online with real training efforts. This way, we are exploring the new standard of interactivity for cycling events, teleporting the core battles of the tour to every hobby rider’s house. ROUVY is a specialist in 1:1 simulation of the realistic feeling of being in the actual location while riding on a bike indoors. So, with ROUVY, anyone can fulfil the dream of being a part of the pro peloton and compare themselves to the best riders on the planet, even from home.”

REGISTRATION FOR LA VUELTA EVENTS ON ROUVY WILL OPEN HERE

ROUVY is a digital racing platform that brings the experience of real-life cycling competitions to your home. ROUVY offers thousands of exciting virtual roads to join the pro peloton online or compete with friends. Overlaying 3D avatars over the geo-synced video footage, ROUVY makes home training both realistic and fun. Cycling enthusiasts and the most demanding athletes are welcome to cycle the world from home to stay fit or get ready for the next race! – www.lavuelta.es