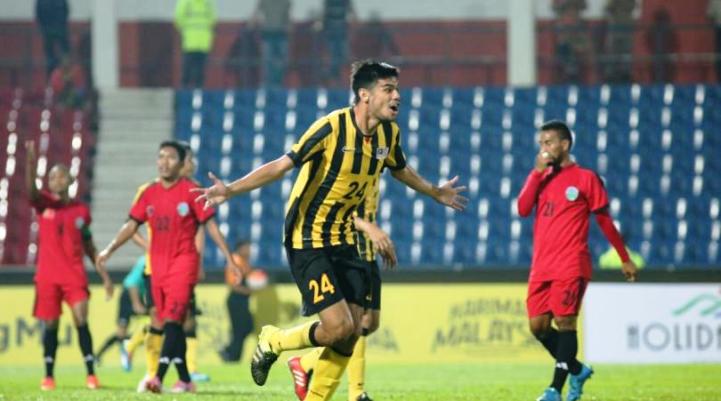 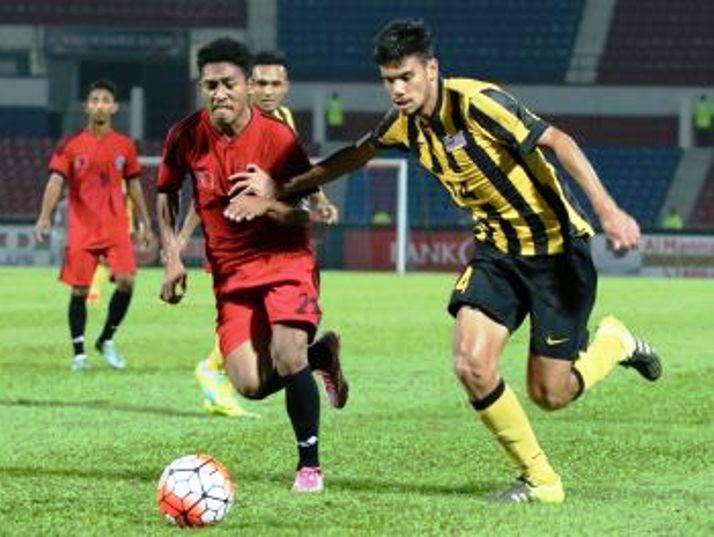 Malaysia are through to next year’s Asian Cup qualifying round on a 6-0 aggregate after knocking out Timor Leste with a 3-0 win at Johor Bahru’s Larkin Stadium on Monday night.

Putting the fans aside Malaysia are still very much alive for a place in the 2019 Asia Cup Finals which will be played in the United Arab Emirates.

Twelve more slots are vacant and 24 teams, including Malaysia will join in a qualifiying round competition next year. The 24 teams will be divided into six groups with the top two teams from each group qualifying for the Finals.

On Monday night the ‘Larkin Charm’ worked again for Datuk Ong Kim Swee and his team with another committed and disciplined performance against Timor Leste with Malacca United player Khair Jones netting his first international goal for Malaysia after 16 minutes.

Nippy S. Kunanlan laid the groundwork on the right and his cross caught the Timor Leste backline flat-footed and the New Zealand-born Khair put the finishing touches with a low shot into the right corner past goalkeeper Ramos Maxanches to give Malaysia a dream start.

Hazwan Bakri, Malaysia’s two-goal hero in the first-leg. scored in the 58th minute for his third goal in two matches to stretch Malaysia’s aggregate to 5-0 – with a bullet header from a high cross from Azrif Nasrulhaq on the right.

After this it was the JDT connection which brought Malaysia the third goal and this came in the 68th minute.

Substitute S. Chanthuru volleyed home Kunanlan’s perfect cross from the right and Maxanches had to pick the ball up from inside his goal for the third time.

(Malaysia advance to the Qualifying Rounds 6-0 on aggregate)