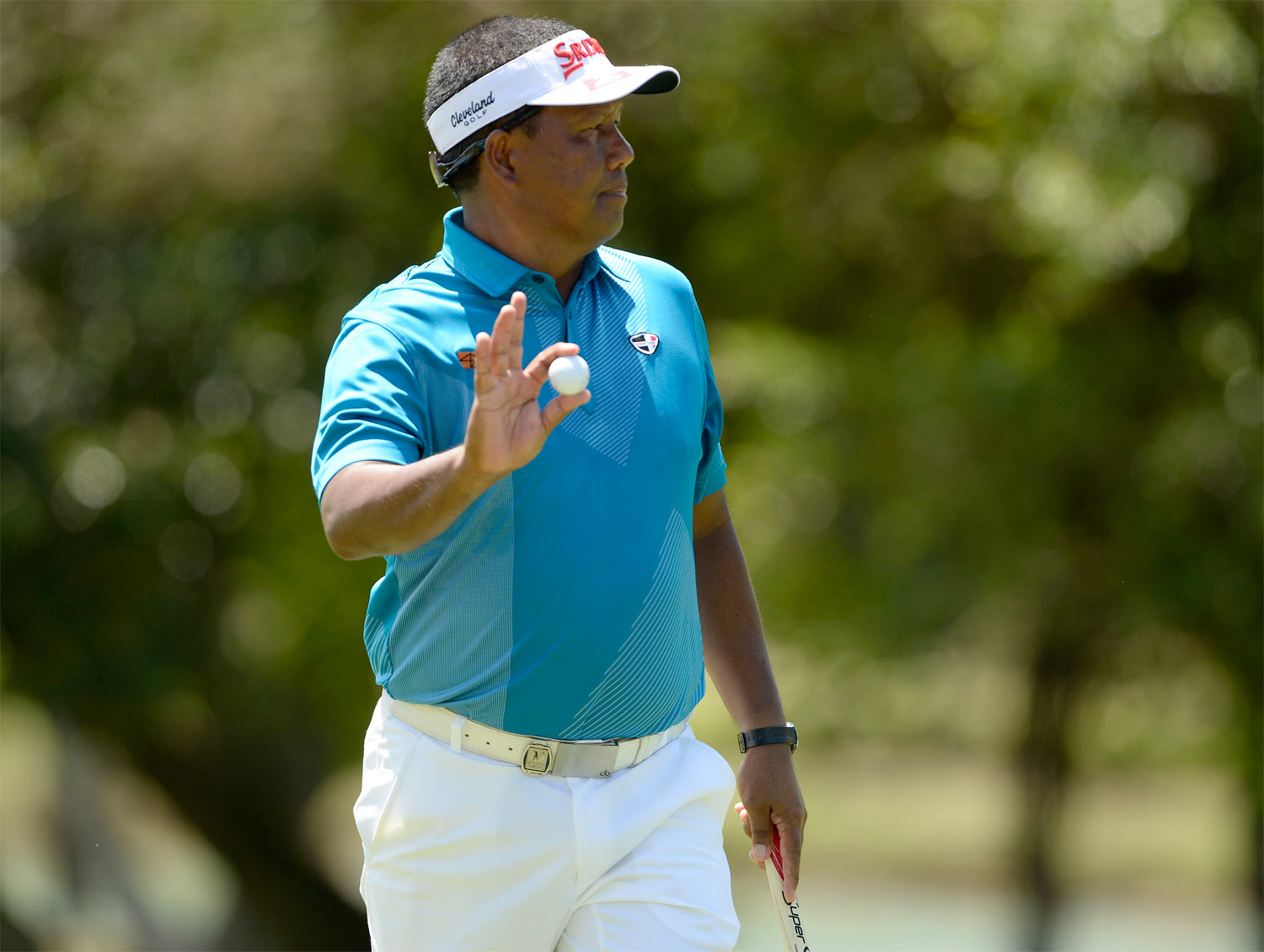 The 43-year-old Lascuna, without a win in 131 Asian Tour events, compiled a two-day total of seven-under-par 137 which was matched by Australia’s Cameron Smith, who returned with a 67 at the Linkou International Golf and Country Club.

Lascuna signalled his title aspirations when he holed a crucial 10 feet birdie putt on 18. The Filipino is one of the most consistent players on the Asian Tour this year where he has yet to miss a single cut in seven appearances.

He has also dominated the local scene where he won three straight titles including one Asian Development Tour (ADT) victory at the Aboitiz Invitational in August.

“My putting was really good but my tee shots were not as good. I managed to save a lot for pars. It’s not easy to putt here so I’m very pleased with my performance so far. I’m very excited about the weekend now because I’m in the lead,” said Lascuna, who made 24 putts today.

Lien, whose best result on the Asian Tour was a tied-fourth finish at the 2010 Queen’s Cup in Thailand, is confident that a positive mindset will edge him closer to a first professional win.

“I didn’t hit the ball as well today but I’m still happy with my current standings. Keeping to the right mindset would be the key for me to play well in the next two rounds. I have to stay patient out there and just try to enjoy the game,” said the 40-year-old, who mixed his card with five birdies against one double-bogey and two bogeys.

Lahiri, ranked second on the Order of Merit, was delighted to continue his hot form after finishing tied 13th at the Omega European Masters in Switzerland last week. Starting from the 10th tee, Lahiri flourished with six birdies on his way home to put himself in a strong position to challenge for a fifth Asian Tour title.

“My game came back in good shape on my back nine today. I’ve been waiting for this to happen as I was hitting the ball well since last week in Switzerland,” said the 27-year-old Lahiri.

Defending champion Thaworn, who is also a two-time Order of Merit winner, returned with a 69 before rushing to see a doctor as he felt irregular heartbeats and his hands were trembling during the round.

“I was shaking during the round so I went to see the doctor after submitting my scorecard. The doctor said everything was okay and she explained that it might have been stress! Hopefully I will feel better tomorrow,” said Thaworn, a two-time Yeangder TPC champion.

Chopra, a two-time PGA Tour winner, birdied all the par-fives to continue his close affinity with the country which brought him success at the 1995 Taiwan Open and 2001 Taiwan Masters.

“I made a few key putts and I gave myself good chances and birdied all the par-fives. I’m starting to get used to the course. It’s going to be an exciting weekend,” said Chopra.

The halfway cut was set at two-over-par 146 with a total of 70 players progressing into the final two rounds.

Scores after round 2 of the Yeangder TPC 2014 being played at the par 72, 7125 Yards Linkou International GcC course (a- denotes amateur):