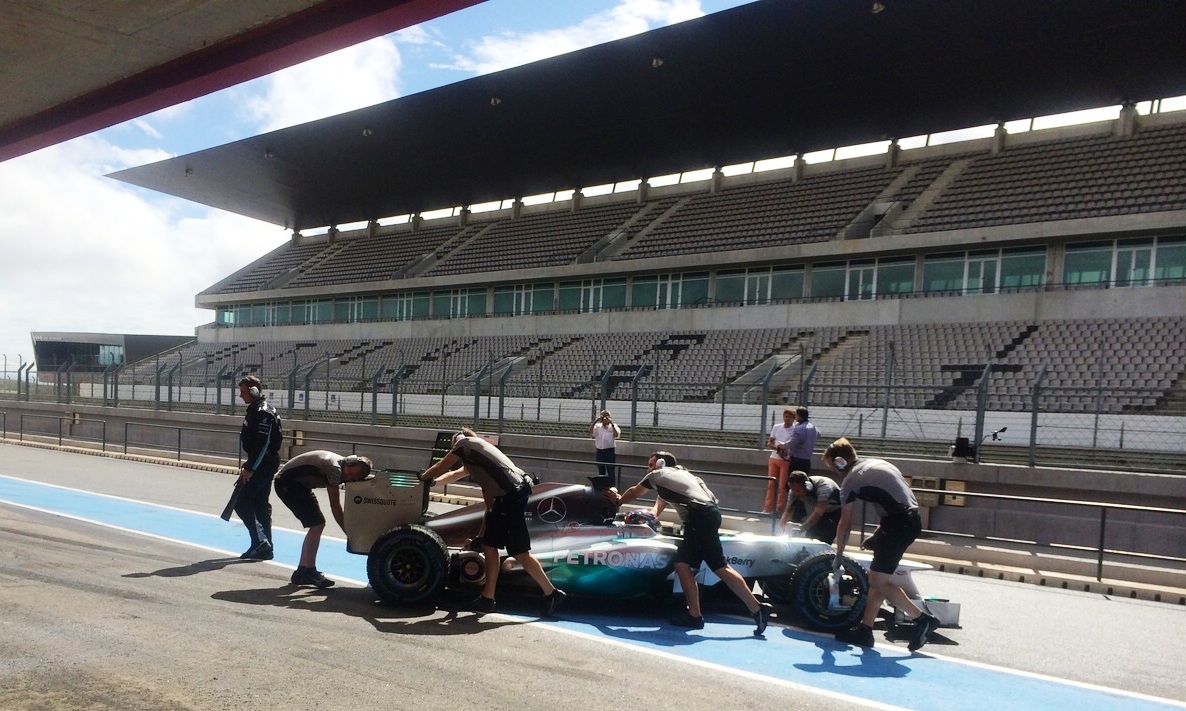 Leading young Malaysian racing driver, Jazeman Jaafar, was given further experience of driving a Formula One™ car this week with his first drive of a 2012 MERCEDES AMG PETRONAS Formula One car, the Formula Renault 3.5 Series driver having previously driven the 2011 model.

The day of driver development testing was held at the Portimao Circuit in Portugal with the MERCEDES AMG PETRONAS F1 team running Jazeman at the track. 21-year-old Jazeman completed 330 kilometres over the course of the day, with a mix of qualifying and mid-range runs. Running on demo tyres with similar characteristics to a hard compound, Jazeman worked with the team to develop the car set up and steadily improved his lap times during the day.

Jazeman said after his day behind the wheel of the MERCEDES AMG PETRONAS 2012 Formula One car, “It’s been a very fulfilling day for me, with lots of running which gave me the chance to gain plenty of mileage and continue the learning process.

“The car was awesome. The biggest difference from my World Series car, aside from the power, is the greater amount of downforce the F1 car has. It took me a few laps to adjust to this, but then I was able to start to get my lap times down. I hadn’t driven at Portimao before, but it’s a high-class track and completing over 70 laps gave me the time to learn more about the car and what it takes to drive such a sophisticated car over a long distance.”

“Working with the championship-leading F1 team is an enviable opportunity. I am learning from top people – engineers, management, support staff – so there really isn’t any better education than this. I would like to thank PETRONAS and MERCEDES AMG PETRONAS F1 team for their support with the development of my racing career.”

The Portimao test was the fourth time driving an F1 car for Jazeman. His first experience was in KL for a street demo before the Malaysian F1 Grand Prix and the second was a filming day with limited running. He then had a day of running on the fairly short Silverstone national circuit last November. This test moved Jazeman up a level, driving more miles on a longer, top-level circuit.

Jazeman is currently racing in the Formula Renault 3.5 Series, one of the feeder championships for Formula One. His goal is to reach the pinnacle of the sport and secure a seat in F1; being part of the PETRONAS Talent Development programme with opportunities such as this week’s test is a huge benefit for the Malaysian driver.