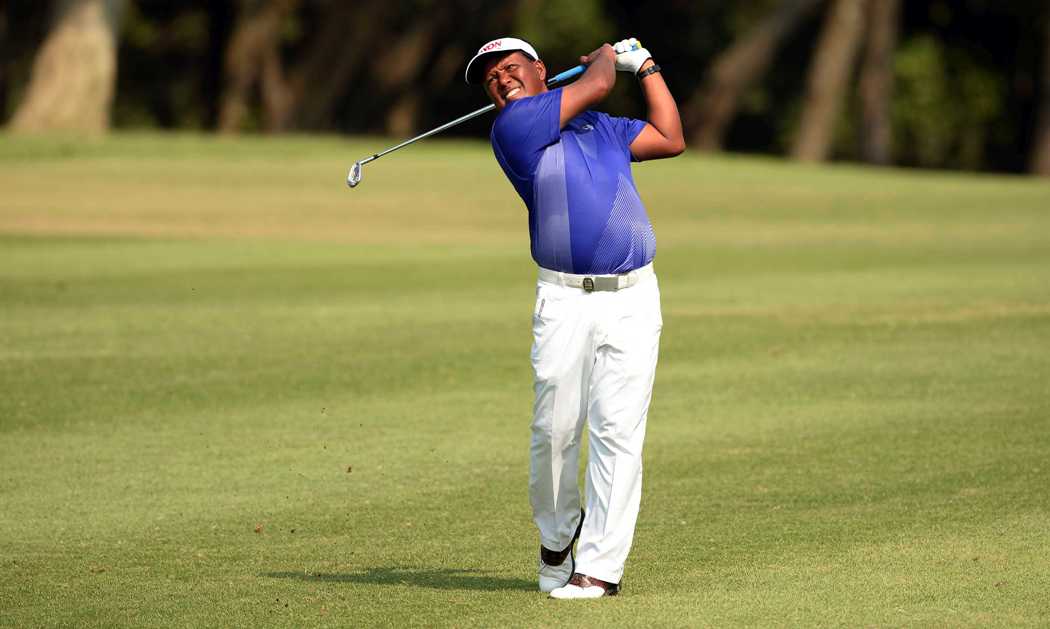 A jubilant Antonio Lascuna will head into next month’s US$8.5million WGC-HSBC Champions in high spirit after scoring on both his career and personal front.

The Filipino veteran has been one of the standouts on the Asian Tour this season, catching everyone’s attention with his sparkling form.

After a tied-11th finish at The Championship in Singapore, the 43-year-old burst into life with five top-10s including three runner-up finishes in the Philippines, Malaysia and Chinese Taipei to surge up the Order of Merit where he is currently in fourth place.

While Lascuna may not have won his maiden title on the region’s premier Tour yet, his results on Tour is an indication of an imminent breakthrough.

Current Merit leader David Lipsky of the United States, India’s Anirban Lahiri and American Jason Knutzon have also qualified for the WGC-HSBC Champions which is the richest tournament in Asia.

“It has been a good season and it has exceeded my expectations. I couldn’t have asked for more especially with my place secured in the WGC-HSBC Champions

I’m really happy as this is the first time I’ll be playing at the WGC-HSBC Champions and I’ll really looking forward to it. The last time I was in China was for the 2007 World Cup with my partner Gerald Rosales,” said Lascuna.

A huge part of Lascuna’s success can be attributed to his wife who has been his pillar of support.

“My wife has always been encouraging me to stay fit so that I can keep up pace with the younger golfers. I’ve been going to the gym and it has been working out really well,” said Lascuna.

With the impending arrival of his baby boy too, the father-to-be is ready to ride on his joy and create an impact in Shanghai.

“We went to Boracay for a getaway and when we returned, I found out I was going to be a father! So much good news. Now I just want to play well against all these good players in Shanghai to round up a fantastic year,” said Lascuna.

The Filipino however remains unfazed by the galaxy of stars as he seeks to put up a performance befitting of his status as one of Philippines’ best golfers at the WGC-HSBC Champions which is the only country outside the United States to currently be hosting a one of the four prestigious World Golf Championship events.

“Of course they are all good players but my goal is to do my best because like the beauty of golf, anything can happen,” smiled Lascuna.

“I’ve been playing nicely this year but I didn’t have a good week in Hong Kong. My putting wasn’t good that week and when I got home, I spent eight hours over the weekend just on putting and working on my putting stroke. Hopefully, I start rolling in the putts again as we’ve got many big tournaments coming up in the next few weeks including the WGC-HSBC Champions,” added the Filipino.