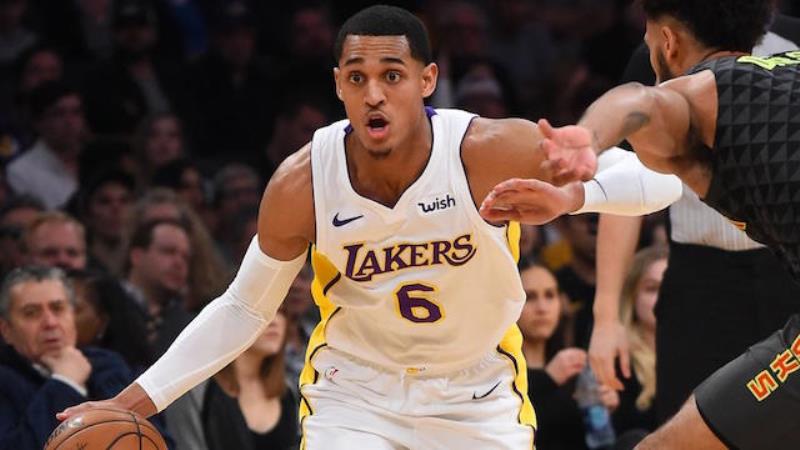 LeBron James on Friday welcomed the wave of new players brought into the Cleveland Cavaliers on deadline day as the team bids to reignite their season.

The Cavs dominated the headlines on Thursday with a sweeping restructure of their roster, bringing in four new faces and shipping out six players in a hectic day of deal-making.

The biggest trade saw Isaiah Thomas and Channing Frye, as well as a first round pick, go to the Los Angeles Lakers while Jordan Clarkson (main pix) and Larry Nance Jr. headed in the opposition direction.

The arrival of Clarkson and Nance, both 25, adds youth and athleticism to the Cavs ranks.

Another 25-year-old, Rodney Hood from the Utah Jazz, and point guard George Hill (31) were also signed. Speaking before Cleveland’s clash with the Atlanta Hawks later Friday, James spoke approvingly of the roster revamp.

“I think we became a younger team, more athletic. We added some more shooting as well. So, we’ll have to see how it meshes,” James told reporters.

“I like the pieces that we have coming in. It’s my job to get these guys integrated as fast as possible.

“I know the coaching staff is going to do it as well, but it’s my job to get these guys on the same page with us where we want to accomplish what we want to do.

“I look forward to getting them here. All four of them are pretty smart guys, and it should be fun.”

James meanwhile admitted he had mixed feelings about the departure of so many team-mates, which included close friend Dwyane Wade, who returned to the Miami Heat.

“It’s always tough when you lose teammates,” James said. “The trade deadline is always a difficult time for everybody. I wish it could’ve been a lot better than it was. I definitely wish all six guys the best.” – Agence France-Presse