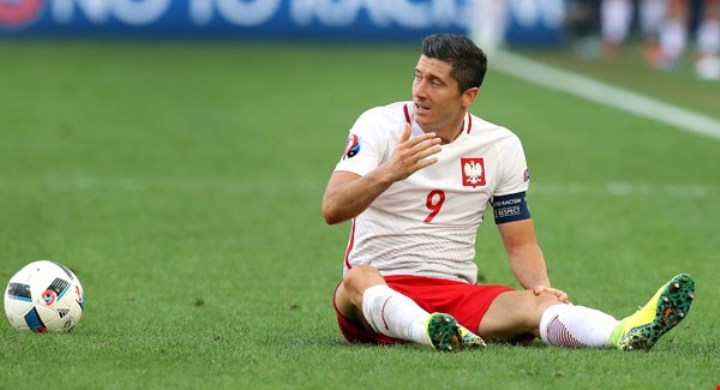 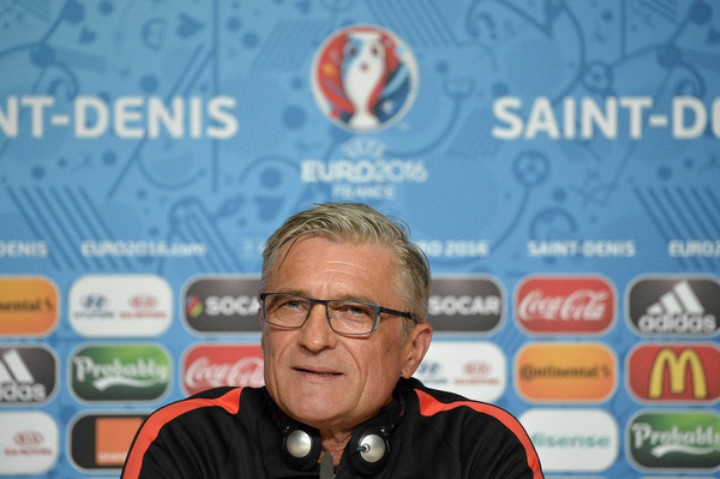 Hot-shot Lewandowski was the top scorer in the Euro 2016 qualifiers with 13 goals.

But the 27-year-old has so far failed to open his account at the European Championship finals, while his side has yet to concede a goal in France.

“We don’t have a single problem with Robert not scoring a goal here,” said Nawalka.

“He is doing a great job for our side and is an important part of the team.”

Nawalka showed a flash of irritation when asked if Ronaldo’s two goals for Portugal in the 3-3 draw with Hungary gave hope that Lewandowski will net against the ‘Nati’ in Saint-Etienne.

“Robert is feeling very happy in his role,” insisted the Poland boss.

“I don’t like comparisons to other players (such as Ronaldo) — we don’t need them and we don’t want them.”

Both Poland and Switzerland have qualified for the knock-stages of a Euro finals for the first time.

This is a chance for the ‘Bialo-czerwoni’ (red-whites) to emulate Poland teams of the past which finished third at the 1974 and 1982 World Cup finals.

“We want to use the potential of this team and the players.

“Our country has a beautiful history, but what’s happening here and now is the most important thing.”

Defensive midfielder Grzegorz Krychowiak, who is poised to sign for Paris Saint-Germain from Sevilla, said Poland want to go all the way to the final.

Poland have a realistic chance of advancing on the easier side of the draw and will avoid teams like Germany, France, Spain and England until the final.

“The group stages matches are history and every game is like a final for us,” said Krychowiak.

“We’re aware of the possibility ahead of us, this side is very ambitious and we want to go as far as possible.

“We want to achieve something and we’ll be battling to get through.” – Agence France-Presse