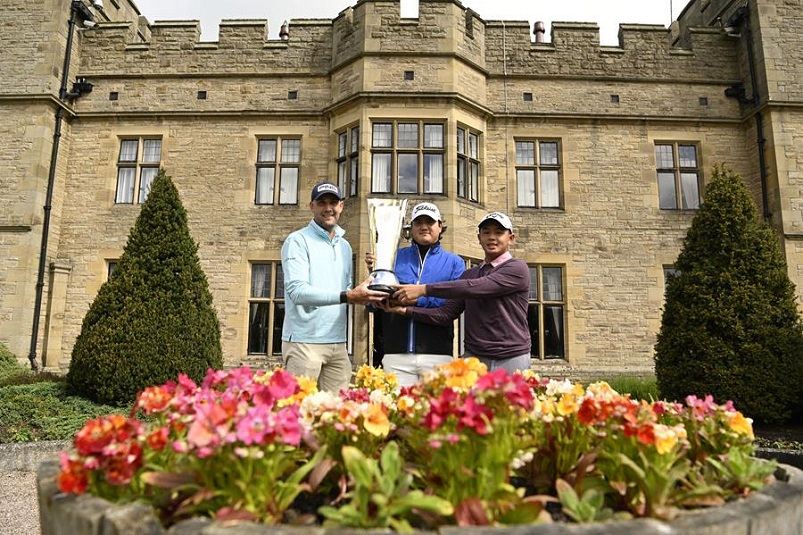 England’s Steve Lewton is thoroughly enjoying the rare and unique opportunity of playing an Asian Tour event on home soil this week at the International Series England – which is in stark contrast to when he played in the Trust Golf Asian Mixed Cup in Thailand in April.

Lewton, who has played on the Asian Tour with success for the past decade, was rushed to hospital in Pattaya during the first round with heart palpitations.

“I had been kind of feeling a bit rough on the Wednesday afternoon and woke up Thursday feeling like I had been hit by a bus. I did a COVID test which was negative so went and played. During the round my heart started going,” said the Englishman.

“I had to go straight to hospital. Got checked out and was fine. I came back to England, and they said I was absolutely fine, and could keep playing.”

The startling turn of events stemmed from Lewton having Supraventricular Tachycardia, better known as SVT, which he normally gets twice a year with it lasting about five seconds each time.

“They think I had COVID – despite testing positive – and that made it [SVT] worse,” added the 39-year-old from Northampton.

To the relief of everyone, Lewton made a full recovery and was back on the Asian Tour in May competing in the Diamond Cup – where he was very happy to finish in the top 15.

“They said most people live with this so it was great to get the all clear but I will still be getting some more professional advice about,” he says.

The convenience and comfort of being able to play at Slaley Hall Hotel, Spa & Golf Resort, situated just outside Newcastle, this week is also a huge bonus.

He adds: “It’s weird only having to drive a few hours up the road to play rather than having a long commute, which makes a nice change. And long may it continue. It is a great privilege for us to have an event here.”

After a stellar amateur career, which saw him play for the prestigious North Carolina State University Lewton, he turned professional in 2008 and after a brief spell on the European Tour he decided to try his hand on the Asian Tour.

“I chose Asia as I felt it was the next best step for me at that point in my career. For me it was a way of trying to progress,” says Lewton, who is one of 17 Englishmen playing this week.

Having won in Asia, at the 2014 Mercuries Taiwan Masters, and recorded a multitude of impressive finishes it has proved to be the correct decision – rewarded by being able to welcome his Tour of choice to his homeland this week.