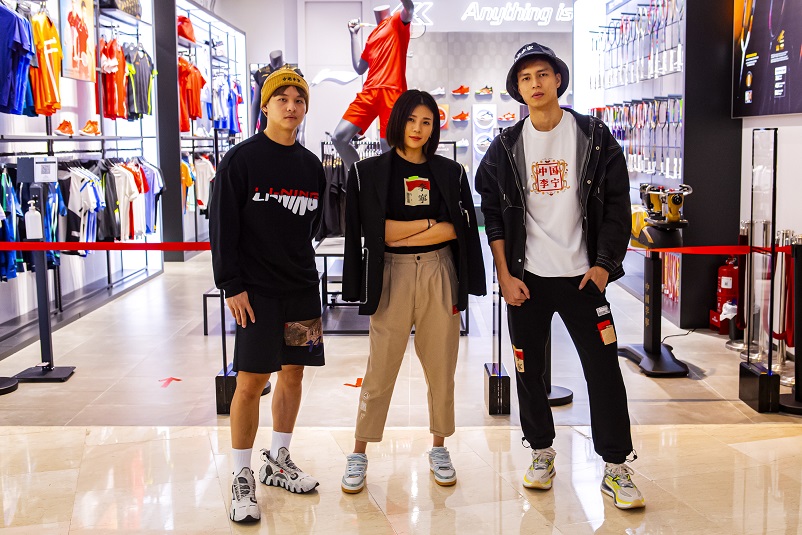 Sunlight Sports Group, the sole distributor for Li-Ning brand in South-East Asia, continue to have faith in Liu Ying, 32, although she has gone separate ways with her partner of 13 years Chan Peng Soon, who has decided to return to Badminton Association of Malaysia stable.

Liu Ying is surely determined to prove her critics wrong that she has reached the tail-end of her career and it is not beyond her to continue to contribute to the country.

Towards this purpose, Liu Ying has chosen Yew Sin, 27, as her new mixed doubles partner to continue her professional journey.

And do not be surprised if Liu Ying and Yew Sin have their sights trained on qualifying for the 2024 Paris Olympics.

Perhaps it is the possibility of her achieving a historical milestone as the first Malaysian woman badminton player to play in four straight Olympics and matching the record appearance achieved by Datuk Lee Chong Wei.

“It is my dream and I will try my best to qualify for Paris Olympic. But it will all depend on my condition in the future,” said Liu Ying, who has already taken part in 2012 London, 2016 Rio and 2020 Tokyo Olympics.

“I am grateful to Li-Ning for their continuing commitment to support my professional career.

“Li-Ning have been the backbone behind the successes I’ve achieved since I became an independent player.

“I will do my best to repay their support.”

Yew Sin is not only ready to take up the challenge of playing in men’s doubles and mixed doubles but also is not ruling out securing spots in both events for Paris Olympics.

No Malaysian badminton player has yet to qualify for two Olympic events so far.

Yew Sin and Ee Yi have yet to make their Olympic appearance.

“If I can perform and achieve good results in doubles and mix doubles, I can start to hope to win two tickets for Paris.

“But my partnership with Liu Ying is still at the early stage while my main focus is on the men’s doubles with Ee Yi,” said Yew Sin.

Ee Yi also expressed his appreciation to Li-Ning and hoped to return the favour by bringing back an Olympic medal.

Yew Sin and Ee Yi were not retained in the national team set-up in early 2020 but they proved their worth with impressive achievements after that.

Yew Sin and Ee Yi made the podium at the World Championships in Huelva, Spain and manage to climb to 11th in the world rankings.

“Thank you so much Li-Ning. It was Li-Ning who stepped forward to support me and Yew Sin at a time when we were going through a rocky path in our careers.

“It was Li-Ning’s equipment and cash sponsorship that made it possible for us to compete on the international stage and let our careers take flight until we are able to win a World Championship medal.

“Hopefully, with this contract extension, we can repay Li-Ning by qualifying for the Olympic and come back from Paris with a medal.”

Said Li-Ning Malaysia manager Teah Yann Ling: “We could not find any reasons not to continue to support Liu Ying, Yew Sin and Ee Yi.

“We admire their tenacity and determination in their mission to continue to make Malaysia proud as professional players.

“We are pleased to let these three Malaysian badminton stars to continue represent our brand on the international level.”