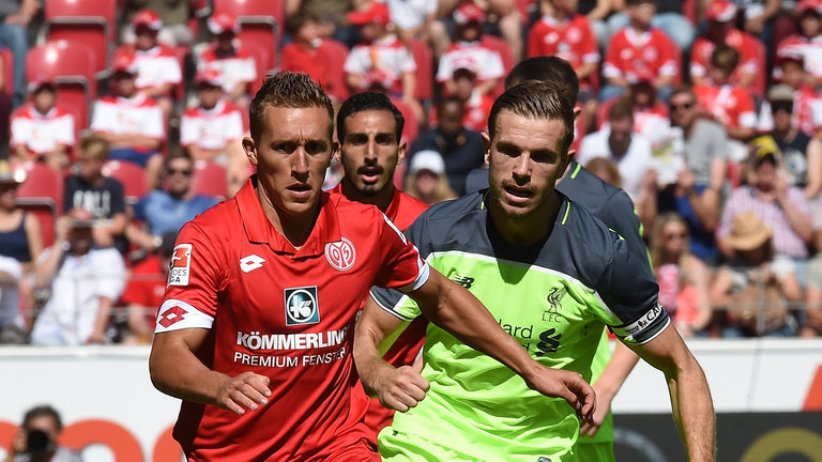 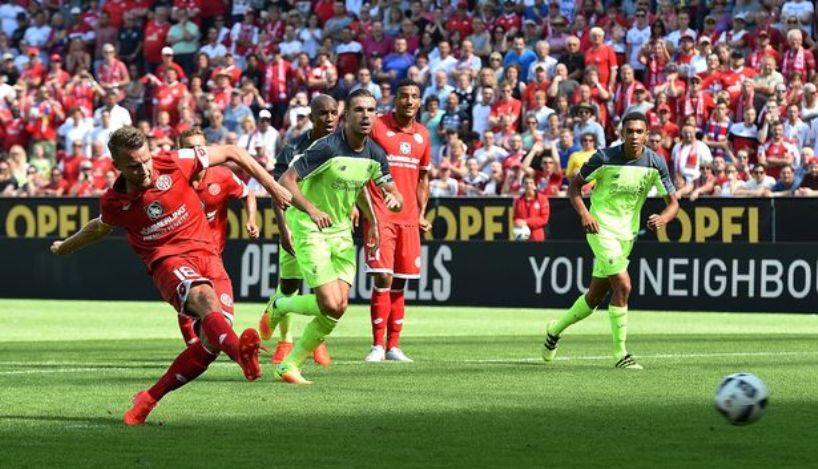 Jurgen Klopp’s Liverpool suffered a comprehensive 4-0 defeat at Mainz on Sunday in a friendly which exposed some defensive frailties seven days before facing Arsenal in their Premier League opener.

Having hammered Barcelona 4-0 at Wembley on Saturday, also in a friendly, the Reds were brought crashing back down to earth as guests of honour in the opening of Mainz’s new Opel Arena.

Klopp, who spent most of his playing career in Mainz, made nine changes from the side which beat Barcelona, but his experimental team was run ragged.

“You could see we were tired from the game against Barcelona,” said Klopp.

“I’m not annoyed, but we didn’t defend well — we made too many mistakes.”

Poor defending by Joel Matip let Colombia forward Cordoba fire home from a tight angle to make it 2-0 to the hosts at the break.

There was more bad news for Liverpool as Marko Grujic, who scored against Barcelona with a superb header, limped off with an ankle injury in the first half.

Klopp made four changes at the break, but things went from bad to worse for the visitors.

Mainz’s goal-scoring midfielder Malli pounced on a loose ball in the middle, strode forward and blasted his shot past Liverpool goalkeeper Alex Manninger on 59 minutes before Muto made it 4-0 on 75 minutes.

It was an unhappy return to Mainz for Klopp, who played for the German club for 11 years, then took over as coach in 2001, steering them to the Bundesliga before taking charge of Borussia Dortmund in 2008, before joining Liverpool last year.

It was a different performance from Liverpool compared to their rout of Barca when Sadio Mane, who cost 34 million pounds ($44.5 million, 40.1 million euros) from Southampton, scored a goal and created another at a sun-soaked Wembley.

Elsewhere in Germany, there was better news for Chelsea boss Antonio Conte as the Blues enjoyed a 4-2 friendly win away to Werder Bremen as Eden Hazard, Oscar, Diego Costa and Pedro Rodriguez all netted for the Premier League side. – Agence France-Presse