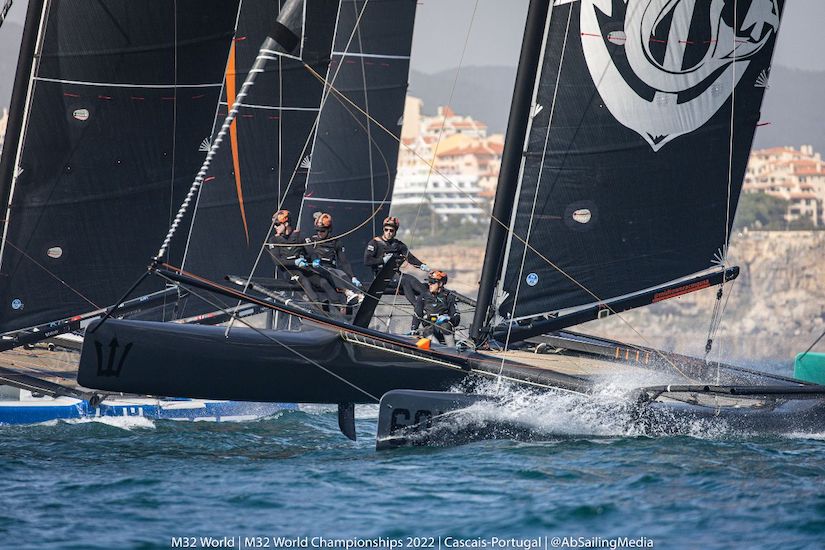 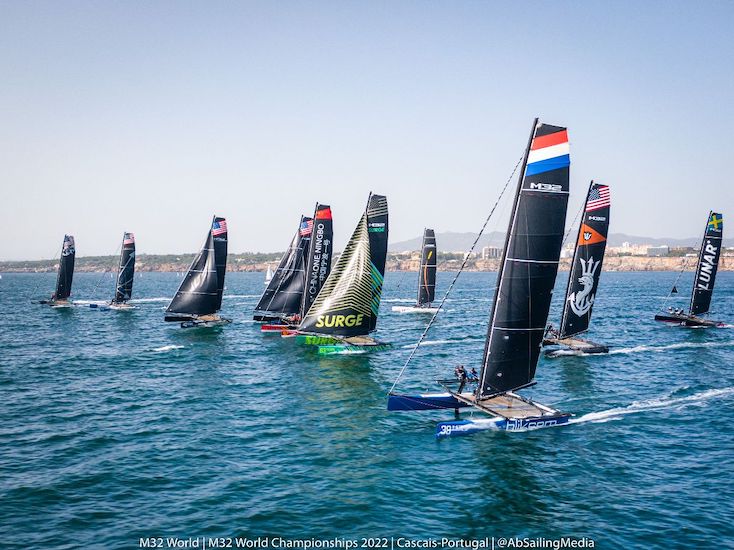 15 races completed in the M32 World Championship and the scoreboard is still incredibly tight. The top six boats are going for the Championship Trophy after a day three that had everything.

Midtown with skipper Larry Phillips moved up to the top of the leaderboard and tactician Ian Williams comments “It was just a fabulous day of racing out there, I think maybe the most fun day of M32 and sailing I’ve ever done, with the big waves and the big wind, it was just awesome fun” and continues “Game plan for tomorrow is going to try to keep the rate of improvement, if we can sail even better than what we did today, I think we definitely have a shot. There’s still 6 boats with a shot of winning the World Championship so it’s going to be all on.” 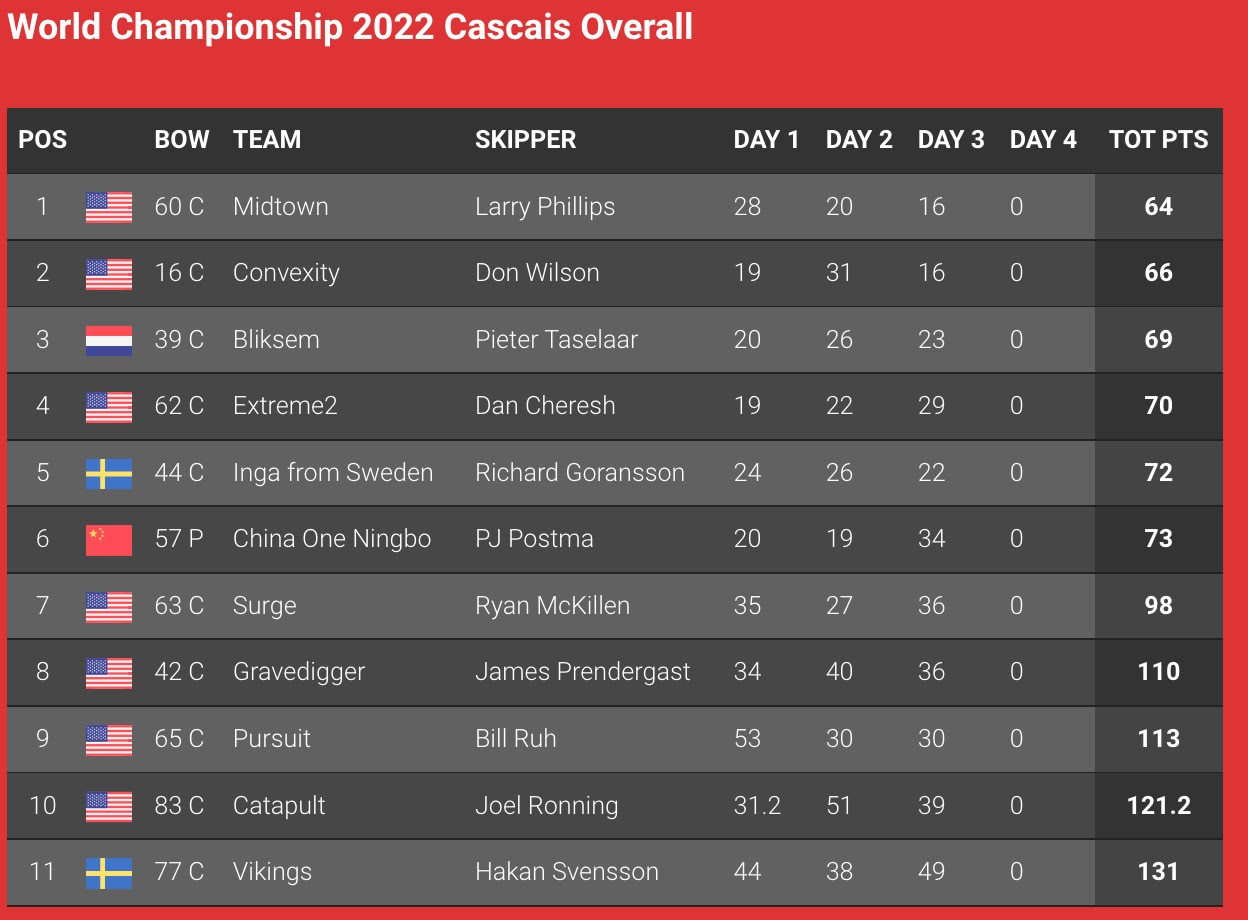 The day started on the outside race course, big Atlantic swell coming and the northwesterly wind blowing 12-14 knots. A steady increase in both wind and waves saw the third race in 20-25 knots and a massive sea state.

Although the conditions definitely made it an incredible show and an epic race for the sailors, the race committee decided to move the remaining two races for the inside course and those races were held on a very tactical course with many passing lanes in 11-14 knots.

After a tough second day team Convexity with skipper Don Wilson made it back to a good striking distance with two points behind leader Midtown. Don comments “We’ve sailed these boats a lot and taking it home tomorrow is certainly the plan, but we’ve had our ups and downs. Yesterday we took some unnecessary risks and today we just dialed it back to the regular playbook of just trying to be consistent and that worked pretty well. It’s all to play for tomorrow and we’ll see who wins.

Looking at tomorrow, there’s no doubt that Cascais is going to put on a show. The forecast is looking good, only 9 points separate the top 6 boats; in 3 days of racing there’s been a different daily first place finisher, and 7 out of the 11 teams have won at least one race. After a maximum of four races tomorrow one team will be the World Champion.