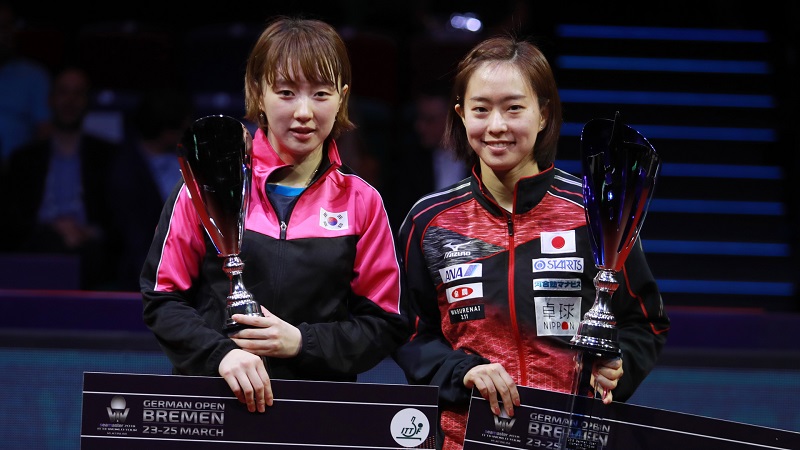 Star names featured at the ÖVB-Arena in Bremen for one last time as the Seamaster 2018 ITTF World Tour Platinum Japan Open drew to a conclusion on Sunday 25th March.

Ma Long enjoyed his first Men’s Singles success in almost a year, two of Japan’s brightest young players retained their doubles crown and Kasumi Ishikawa reached new heights. Catch up on all this and more with our final day review.

The first item on the agenda was the semi-finals stage of the Women’s Singles draw as Feng Tianwei and Cheng I-Ching missed out on the chance to compete in the gold medal contest. Seeded first for the competition but Singapore’s Feng Tianwei once again fell at the hands of Korea Republic’s Suh Hyowon (3-11, 11-4, 11-6, 11-8, 8-11, 11-5), losing out to the Korean player for the sixth time in eight meetings.

There was success for China over in the last four of the Men’s Singles tournament with Xu Xin and Ma Long emerging victorious from their penultimate round encounters across six games.