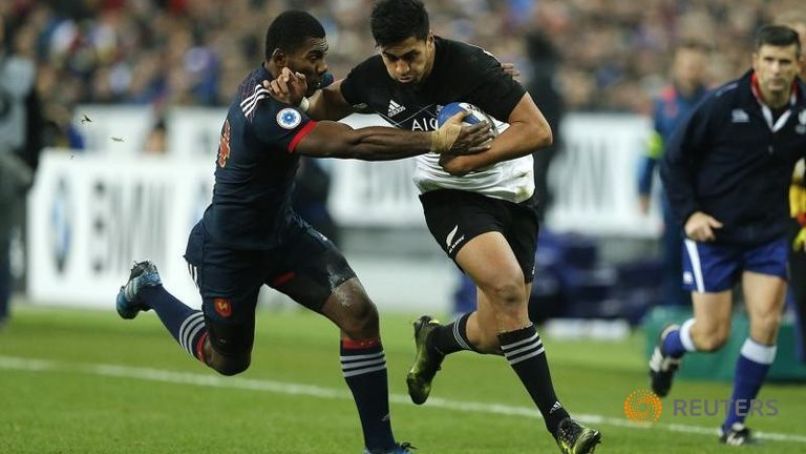 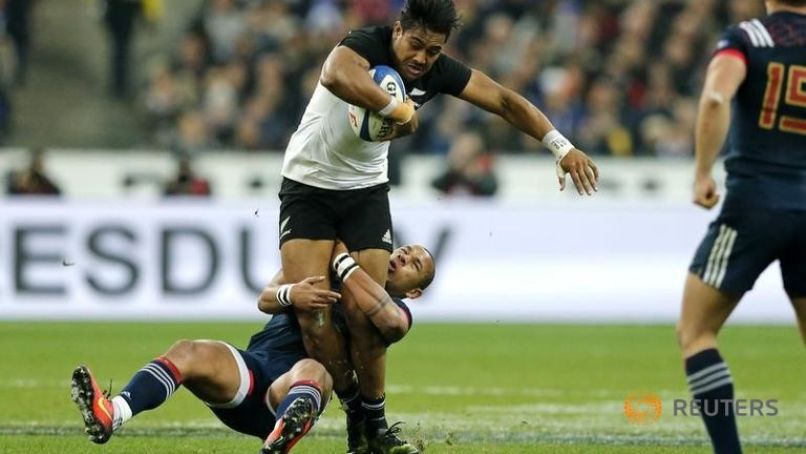 Even the most cynical of observer would have bet on a chink appearing in the armour after New Zealand lost the likes of talismanic captain Richie McCaw and goal-kicking playmaker par excellence Dan Carter.

No such luck as Beauden Barrett stepped into Carter’s shoes in a blink and McCaw’s absence was mitigated by the presence of Kieran Read and Jerome Kaino, with a number of younger forwards quickly bloodied around the veteran backrowers.

After winning a second successive World Cup in October last year, the All Blacks embarked on a winning run of 18 matches, a streak broken when they went down 40-29 to Ireland in Chicago earlier this month.

It proved to be their sole loss in the calendar year. Thirteen victories were notched up in total, and the Rugby Championship title claimed with two rounds to play.

The final win of the year came on Saturday, a 24-19 victory over a feisty France team that threw everything at New Zealand without really ever threatening to come close to an upset. But a marked improvement from the 62-13 World Cup quarter-final mauling the Tricolors received last year.

“It was a great Test match and both teams contributed to the crowd enjoying it. It felt like the old French rugby team. They wanted to run the ball at every opportunity,” said All Blacks coach Steve Hansen.

“We lost over 800 caps and some real legends of the game after the Rugby World Cup.

“To come out and do what we’ve done this year, lose just the one match, play some good rugby at times, to stand up under pressure late in the season when fatigue is a big factor, I’m very proud of our team.

“This time of year is a tough time – we went around the world twice in nine weeks, nine time changes in seven games, so the boys did well.”

While the All Blacks go on a well-deserved holiday, Hansen had a warning for potential rivals.

“We’re a young group. There are 20 players who weren’t at last year’s World Cup. There are 11 new All Blacks and not too many of them have played against northern hemisphere teams,” he said.

“Every opportunity we’ve had we’ve used the young guys and tried to build them.

“We’ll go away and enjoy the break and come back a better team for these four weeks.”

France coach Guy Noves said it was now the moment to digest what the November games had thrown up (a 52-8 win over Samoa followed by a 25-23 loss to Australia and then the defeat by New Zealand) before tackling preparations for the Six Nations.

“We lost twice by small margins and we created lots of chances for ourselves, we crossed the field several times with movements which I like,” said the former Toulouse coach, praising his team for upping the physical contest.

“The New Zealanders were superior to us but I don’t think they had too much of a laugh!”

Noves added: “It’s obvious we can’t wait to win, as soon as possible. Our next match is in England (in the Six Nations).

“We’ll have played the best three nations in the world in three matches. If the result doesn’t please us, I feel nevertheless that a team is in the process of being hatched because it’s only a few months that we’ve been working together.

“But it’s a team which believes in itself, which employs gameplans that suit me even if some were naive against New Zealand.

“We’re disappointed to have lost but we’ve just played two of the biggest nations in the world. And our youngsters were not only a match for them but put them in difficulty.