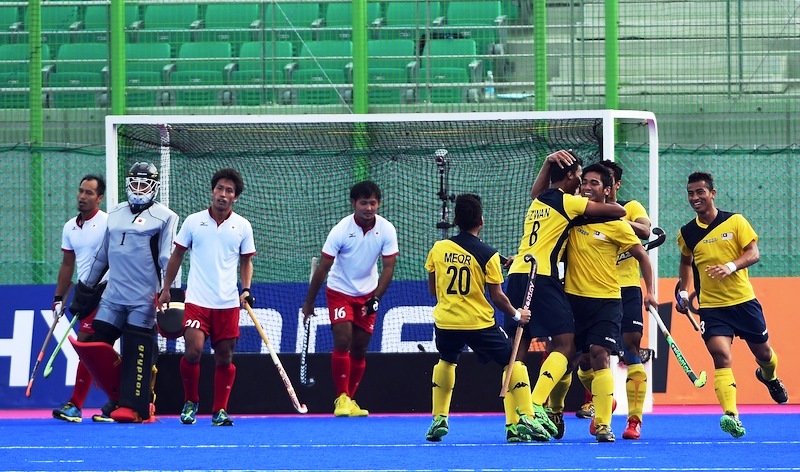 * But Pakistan have good individual players who can do wonders

Interim national hockey coach A. Arulselvaraj is more worried about his team rather worry about Pakistan, Malaysia’s semi-final opponents in the Asian Games semi-final on Tuesday.

Malaysia confirmed their place in the last four in the men’s hockey competition with a thumping 4-1 win over Japan, who needed only a draw to join group champions South Korea in the semi-finals. The Koreans finished on top of Group A with Malaysia finished second.

However, Malaysia, who lost 1-2 to South Korea on Thursday, put up a committed and disciplined display against the Japanese who drew level 1-1 after Malaysia had gone ahead as early as the first minute through a field goal by Firhan Ashari. Japan made it all square through Toshio Tachibana off a penalty corner after 14 minutes.

Two goals by Razie Rahim in the 20th and 39th minutes which took his personal tally to seven goals and a field goal by Izwan Firdaus put the Japanese out of the competition as Malaysia took command until the final whistle.

“It is no point worrying about Pakistan if your own team needs attention. I have to worry about my team more than anything else,” said Arulselvaraj who took over as interim coach when the Malaysian Hockey Confederation removed K. Dharmaraj from the job after Malaysia fared badly in the World Cup and the Commonwealth Games.

Malaysia registered two big wins before the defeat to the Koreans – a 8-2 win over Singapore in the first match followed by a 5-1 win over Bangladesh which kept Malaysia on track. – and achieving Arulselvaraj’s first of the five targets he has set for the team including winning the gold
medal which will get Malaysia an automatic berth in the 2016
Olympics in Rio de Janeiro.

MHC vice-president Majid Manjit Abdullah also had nice words for Arulselvaraj for “the change” in the team he has done within a short period of time.

“You can see the players are playing with more commitment and discipline. They are also more focused. We were rather unfortunate to lose to the Koreans. Pakistan and India are about the same level…so it does not matter if we play any of the two,” said Manjit, who is also the MHC coaching committee chairman.

Malaysia had a disastrous outing in the Cup in the Hague and the Commonwealth Games in Glasgow. In The Hague, Malaysia finished last out of the 12 teams and without a win. In the Glasgow, Malaysia even lost 4-1 to hockey minnows Trinidad and Tobago.

For the record Malaysia won the silver medal at the last Asian Games in Guangzhou in 2010, losing 2-0 to Pakistan in the final.