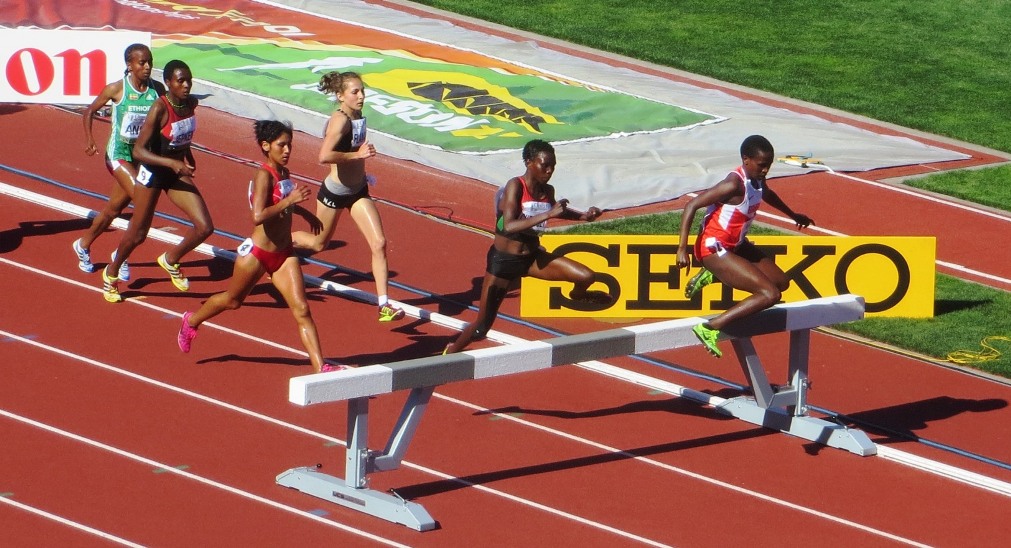 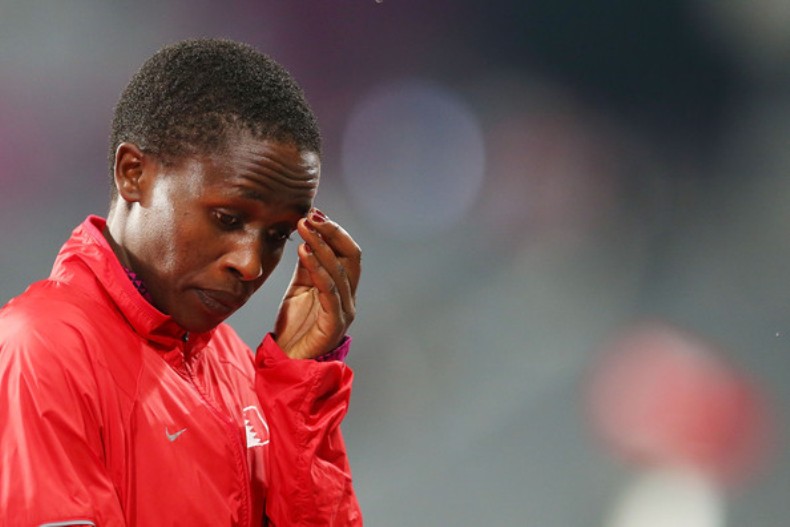 Asian Games athletics judges stripped Bahrain’s Kenya-born runner Ruth Jebet of her steeplechase victory on Saturday as she was about to collect the gold medal after a crushing win.

The 17-year-old junior world champion was led away in tears as Bahraini team leaders wrangled with race officials who ruled that Jebet had stumbled and put a foot inside the track.

She had annihilated the field at Incheon’s Asiad Main Stadium, crossing the line in nine minutes, 31.36 seconds, more than 24 seconds inside the Games record.

But as Jebet, who switched nationality to Bahrain last year, was about to step onto the podium, the stadium announcer declared that the result had been cancelled, drawing gasps from the crowd.

China’s Li Zhenzhu had already been given her silver medal and Lalita Babar of India her bronze. Once the new result is officially ratified a new ceremony will be organised with Li collecting gold.

Officials spotted that during her second-last lap, with her rivals well behind her and under no pressure at all, Jebet had stumbled and stepped inside the track.

In the heat of the moment, one Bahrain official, who refused to give his name, called the decision a “disgrace”.

Half-a-dozen Bahraini officials marched to the referees’ office to lodge a complaint. But the team later conceded that Jebet made the fault.

Jebet slumped in a corridor in the bowels of the stadium as teammates consoled her after the ruling, while Bahrain officials quizzed her on the breach of the rules.

“Did you put your foot here or here?” one asked sternly. “I can’t remember,” Jebet whispered softly, looking dazed and distraught.

Before her disqualification, Jebet had been the third African-born runner of the night to claim gold in the colours of a wealthy Gulf state.

Li’s time of 9:35.23 is itself a new Games record, shaving 20 seconds off the old mark. Jebet’s misfortune means silver should go to Babar and bronze for her team-mate and 2010 champion Sudha Singh.

Bahrain and Qatar have led moves in recent years for oil-rich Gulf states to bring in talented athletes from distance running powers in Africa, mostly Ethiopia and Kenya.

His time of 13:26.13 was more than a minute faster than his personal best. As he crossed the line he punched the air and roared with delight.

Rop, who switched from Kenya last year, took bronze behind team-mate Alemu Bekele Gebre, originally from Ethiopia, to round out an all-African-born podium.

The 20-year-old Mohammed was elated after posting a winning time of 31:51.86, the fastest of her career, and she will go into Thursday’s 5,000m full of confidence.

“This is the most awesome day of my life. I am so, so happy,” she said after claiming her adopted country’s first gold of the Games.

At the 2010 Asian Games in Guangzhou, Bahrain and Qatar dominated the men’s long-distance track events, taking all six medals on offer in the 5,000m and 10,000m.

In the field events, Tajikistan’s Dilshod Nazarov added a third Asian Games hammer gold to add to the ones he won in 2006 and 2010. – Agence France-Presse