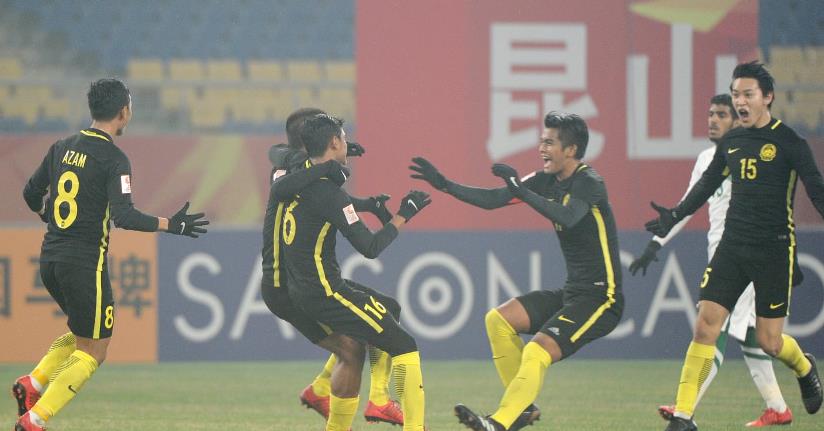 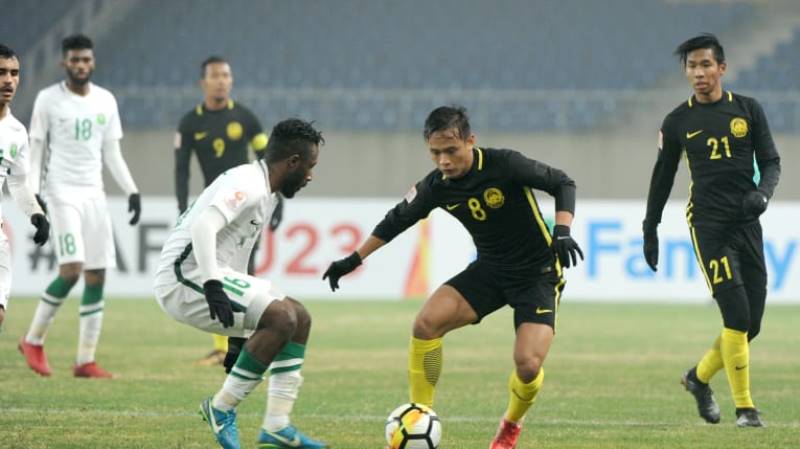 Danial Amier Norhisham sealed a shock 1-0 win for Malaysia over Saudi Arabia in their final Group C match of the AFC U23 Championship 2018 on Tuesday as Ong Kim Swee’s side claimed a place in the quarter-finals.

Danial’s 29th minute strike was enough to earn Malaysia their first win of the tournament and take them into the last eight in second place in the group, behind winners Iraq and ahead of Jordan and Saudi Arabia.

Malaysia were forced into a determined rear-guard action throughout the final stages of the game as the Saudis chased the draw they needed to progress, but Daniel Teglia’s side could not find a way past the battling Southeast Asians.

The Saudis had started on the front foot, with Fahad Al Rashidi hitting the crossbar with barely two minutes on the clock with an inswinging free kick while Jaber Asiri threatened with a header just after the quarter hour mark.

Much of the play was taking place in the Malaysian half of the field, with Ong’s side pegged back by a Saudi side desperate to secure the win needed to advance to the quarter-finals.

But their inability to turn their dominance into something tangible was punished just before the half hour when Malaysia took the lead through Danial, who swung his left foot through the ball from the edge of the area to leave Amin Al Bukhari grasping at air.

The goal came as a surprise, but it did little to break Saudi Arabia’s dominance of the half.

Saudi’s best chance of the half came with just a minute remaining when Abdulelah Al Amri charged forward from his position at the half of defence before releasing Abdullah Al Joui, but his attempt to beat Haziq Nadzli at his near post was pushed to safety.

The West Asians started the second half in a similar manner with Rakan Al Anaze denied by Haziq just three minutes after the restart while Al Rashidi was just off target with his attempt from outside the area.

Teglia’s team continued to pressure and probe, with Malaysia presenting the occasional threat on the break as Saudi Arabia increasingly resorted to a physical, aerial approach that eventually saw Hamdan Al Shamari sent off as their goal chase ended in frustration. – www.the-afc.com