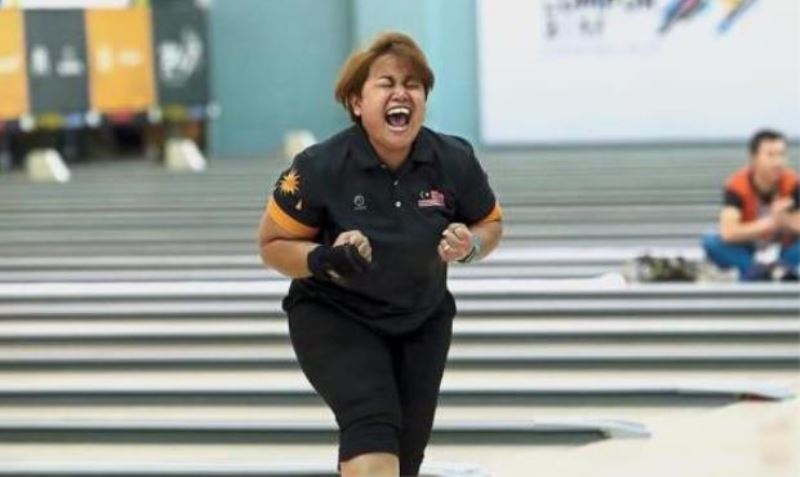 The Malaysians however, led by evergreen Shalin Zulkifli, had to stave off a determined Singapore side who held an advantage in both games but were unable to close things out when it mattered most.

Siti Safiyah Amirah Abdul Rahman, who won the silver in the all-event (made up of scores in singles, doubles, trios and team of five event) was quoted as saying “we were motivated by the silver efforts” to win the gold.

“After coming short in the doubles (Li Jane and Shalin) and myself in the all-event, we were motivated for the gold,” said Siti Safiyah.

Apart from Siti Safiyah’s silver Malaysia had also won the silver in the women’s doubles through Shalin and Sin Li Jane.

The rest of the team members in the team event, apart from Shalin, Li Jane and Siti Safiyah were Syaidatul Afifah Badrul Hamidi and Natasha Roslan. The sixth member of the team is Esther Cheah.

Singapore too had to rally against South Korea after losing the first game 202-203 but came back strong for a 218-215, 213-209 wins in the second and third games respectively. – BY RIZAL ABDULLAH