Home 2020 Malaysians keep the heat on in Barcelona 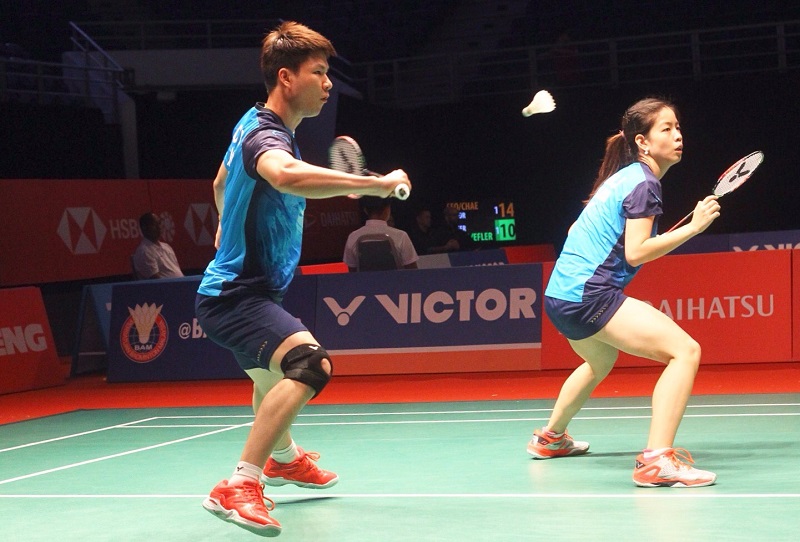 Goh Soon Huat-Shevon Lai Jemie took a giant step towards winning the title in the USD170,000 Barcelona Spain Masters when the top seeds sneaked into the quarter-finals after a three-game battle against India’s Pranaav Jerry Chopra.

The Malaysians prevailed in the 45-minute counter with a come-from-behind 10-21, 21-16, 21-17 win. For a place in the last four Soon Huat-Shevon face a Korean hurdle in unseeded Kim Sa Rang-Kim Ha Na – 21-19, 21-14 winners over Thai scratch pair Kumlavut Vitidsarn-Phittayaporn Chaiwan.

However, No 2 seeds Tan Kian Meng-Lai Pei Jing suffered a shock exit when the pair crashed out in straight with a 19-21, 18-21 at the hands of unseeded Lee Je Huei-Hsu Ya Ching of Chinese Taipei.

Mei Kuan-Meng Yean, who helped Malaysia qualify for the Uber Cup Finals by winning the bronze medal in the recent Badminton Asia Team Championships in Manila, will be up against sixth seeds Chloe Birch-Lauren Smith of England in the quarter-finals.

Malaysia is still in the running in the men’s doubles when No 2 seeds Aaron Chia-Soh Wooi Yik powered their way into the last eight with an impressive 21-15, 21-18 win over German pair Bjarne Geiss-Jan Colin Volker.

The national top pair, fresh from winning a silver medal for medal in the Asian team championships in Manila, will have to clear another German hurlde – sixth seeds Mark Lamsfuss-Marvin Seidel – for a place in the last four.

Temmates, Goh Sze Fei-Nur Izzuddin Rumsani, however, bowed out in Barcelona with a heartbreaking 21-17, 19-21,18-21 defeat to fifth seeds Liao Min Chun-Su Ching Heng of Chinese Taipei in an hour-long match.

In the men’s singles professional Liew Darren kept his challenge alive when he ousted Frechman Lucas Corvee 21-16, 222-20 in his second round match. Darren next faces Rasmus Gemke, the fifth seed from Denmark. RIZAL ABDULLAH