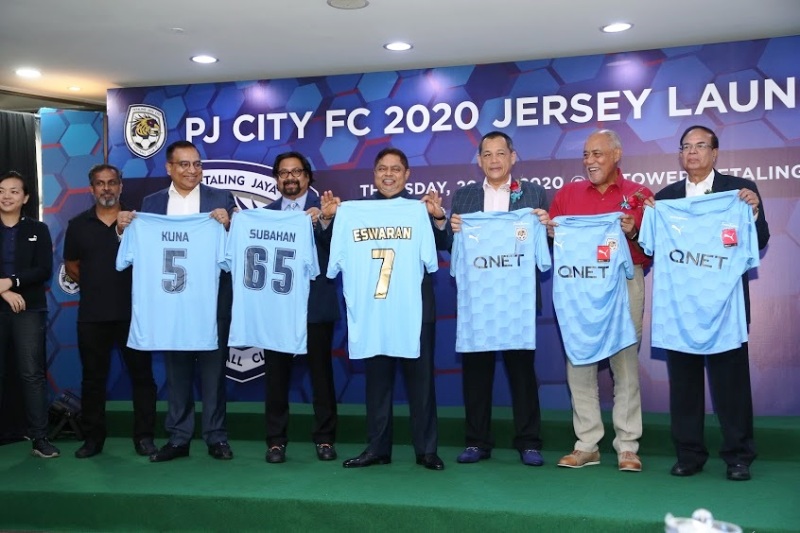 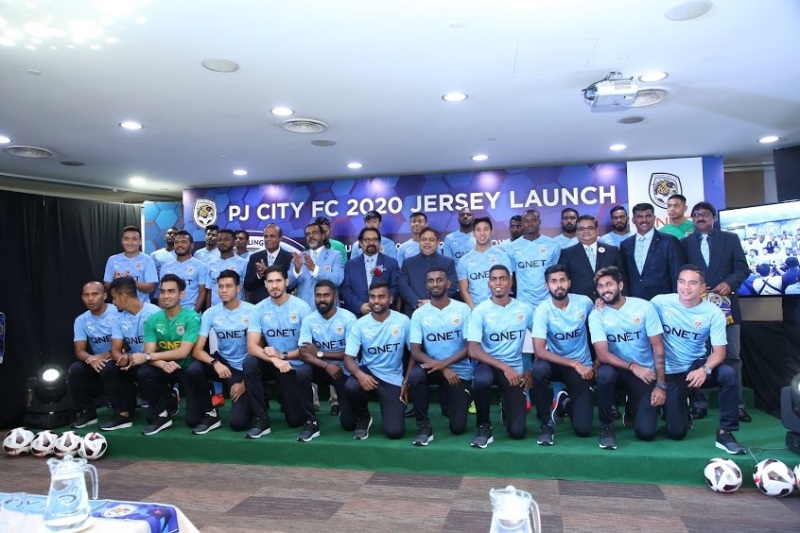 The QI Group owned PJ City Football Club today unveiled their new Home and Away kit for the 2020 season.

The new jersey in the Super League Club’s colours of sky blue for the Home kit and a vibrant red for the Away kit, features hexagons inspired by the patterns on a football.

The new kit is designed by Puma as the official jersey brand for the Club. This is PJ City’s second year with Puma.

“From a honeycomb, to the hardy tortoise shell, to the majestic snowflakes, the hexagon abounds in the natural world. It’s the most efficient shape to form a strong bond. That’s why footballs are a mix of hexagons and pentagons. We chose this pattern for the jersey because it represents the strong new team of PJ City FC that’s ready to take on the new season,” said  Dato Sri Vijay Eswaran, Executive Chairman of the QI Group and the owner of the club at the unveiling of its new kit.

The new jersey also received the thumbs up and approval from star striker Safee Sali. “I love the football pattern on the new jersey. It’s simple, yet fresh and we will look great as a team wearing it. Donning these bright colours, I hope our 2020 season will also be bright.”

Fans of PJ City FC can start purchasing the team’s new jersey during their first home game at the Kelana Jaya Stadium on March 6. 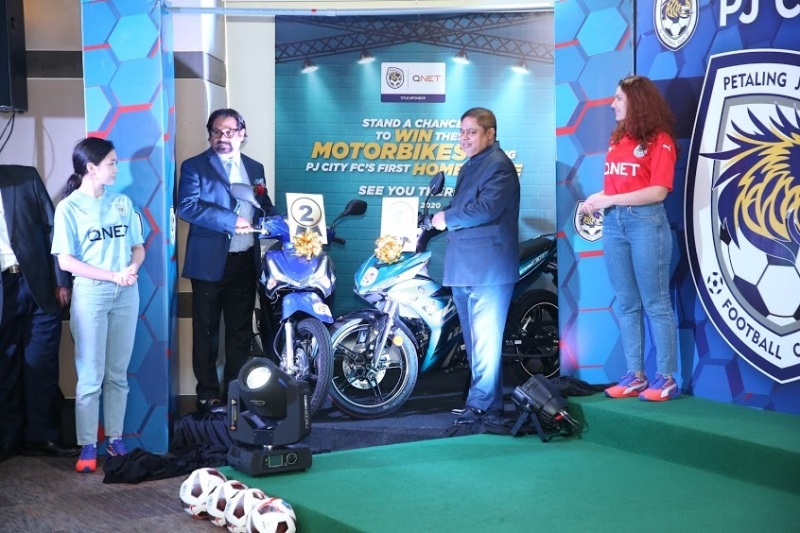 Lucky spectators also stand a chance to win a Yamaha Y15 and a Honda DASH motorbike during the first home game and a motorbike in the rest of the home games.

Popularly known as the Phoenix, PJ City FC made its debut in the Malaysian Super League last year with an eighth-place finishing.

The team’s Head Coach K.Devan is looking forward to a better season this year with the infusion of new recruits into the team.

The team has retained only eight players from the previous season and has brought in seasoned campaigners like midfielders K. Gurusamy and D. Christie Jayaseelan, defenders Mahali Jasuli and Muhamad Syazwan Zaipol Bahari as well as several young players including forward R. Kogileswaran and goalkeeper Damien Lim.

“We have recruited new players, both Malaysians and foreigners. I believe we have a better combination of players this season who can help us move up the rank,” added Devan.

For further details on the players, please go to:www.pjcityfc.com