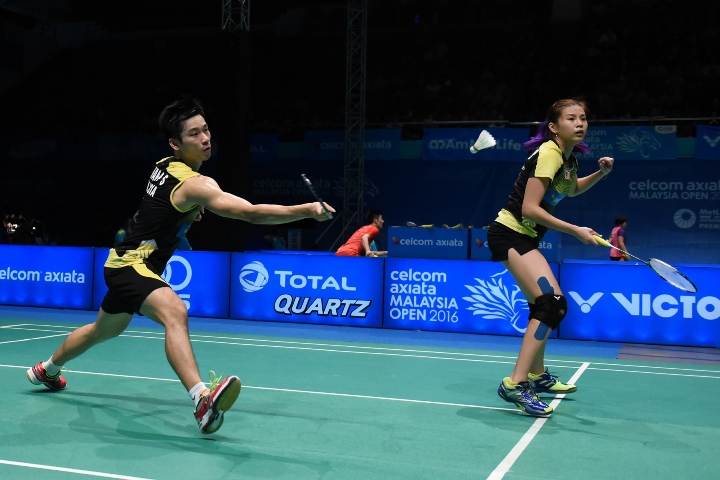 Malaysia’s challenge in the USD600,000 Victor Korea Open Superseries came to an end in the semi-finals despite a fighting display from Goh V Shem-Tan Wee Kiong in the men’s doubles and Chan Peng Soon-Goh Liu Ying in the mixed doubles.

Junhui-Yuchen have been making such an impact in the Superseries that they are China’s next big names in the world of badminton. Last week they won the Yonex Japan Open after reaching their first final.

The focus, however, was on defending men’s doubles champions and world No 1, Lee Yong-dae-Yoo Yeon-seong. The Korean fans will get to see their idol in action for a final fling in the Korea Open after he announced that this will be his last international tournament.

It will be a fitting farewell to their idol if Yong-dae-Yeon-seong if they can retain the title. The crack Korean pair stormed to the final with with a straight sets 21-11, 21-16 win over China’s Huang Kaixaing-Wang Yiulyu in the semi-finals.

Women’s singles defending champion Sung Ji-hyun stayed on track with an easy 21-5, 21-10 win over her younger teammate Kim Hyo-min and will meet Japan’s No 7 seed Akane Yamaguchi – 21-17, 21-11 winner over Minatsu Mitani in an all-Japan semi-final.