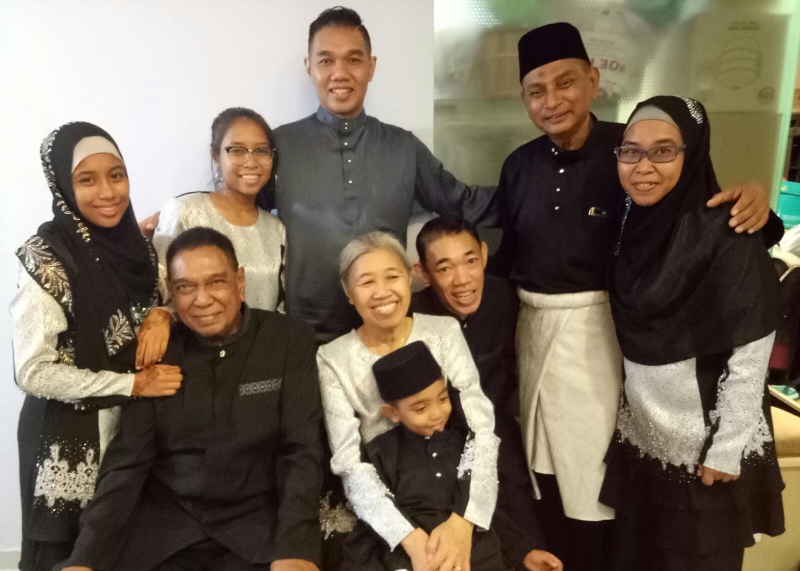 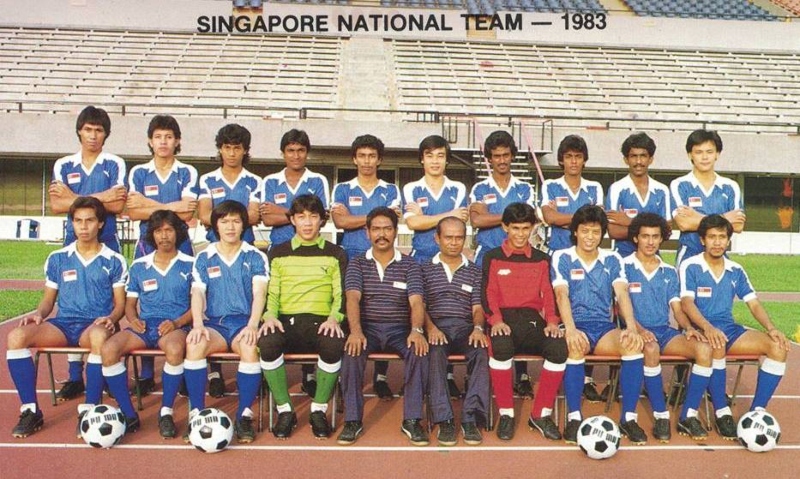 Jita Singh turns 70 years as probably one of the greatest Singapore-born player-coaches and today, we wish him: Many more happy returns, coach.

As he blows the candles with family and friends, he distinctly takes pride that he’s the oldest surviving award-winning coach, the youngest head coach to win the Malaysia Cup in 1980, which earned him the SNOC “Coach of the Year” award the following year, his highest career national decoration to date.

He vividly remembers FAS (Football Association of Singapore) Chairman Nadesan Ganesan then defying him to take on the “hot seat” as national coach when several senior coaches, rather mysteriously, turned it down.

“Ganesan pulled no punches and rather crudely, asked me point-blankly if I “had the balls to do the job”. I was surprised but that got me riled up so much that I simply disregarded my age or international experience and took on his challenge,” Jita recalls. The late Ganesan, later fondly remembered as “Mr Kallang Roar”  later hailed Jita as the “Man with the Midas touch”.

I’ve known Jita as a family friend for more than three decades and I will vouch that what distinguishes him from the rest of the coaching pack is his proverbial “blood, sweat and tears” and gutsy nature to take on any assignment, without fear or favour of failing. 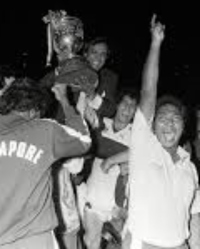 Few know, too, that Jita was among the 900 men who formed the pioneer batch of National Service (NS) recruits when the NS Amendment Bill, made NS compulsory for all 18-year-old male Singapore citizens and permanent residents, was signed. He boldly enlisted into the army without the slightest sense of trepidation, and matter-of-factly, says he was “so excited” to receive the letter.

He says animatedly: “I was quite happy to get the letter, because I was in the National Police Cadet Corps in school, so I was not scared at all. Besides, it would be interesting to live life as a soldier.”

But he soon found out that no prior experience would be enough to prepare him for the harsh realities of NS. Along with many of his peers, NS was the first time he had to fend for himself.

“We had to man up and start being adults. Wash our clothes, iron our uniform, all these things we had to do on our own,” he says, sharing how he had to put in so much effort to iron his uniform – starching each fold of his sleeve and ironing it when he was preparing for a parade.

“The commanders back then were so fierce, they were all army regulars so we were the first ones to face their training,” he says. “But looking back, it was good, I learnt a lot, thanks to how they ‘tekan’ me.”

When asked what the greatest take-away from NS was, he said it was not the training methods or the independence he picked up as a soldier. Rather, he felt that it underscored the importance of camaraderie and discipline – insights that have guided him to focus on building a strong team spirit in his football teams.

“It makes sense that I did both these things, they came together so well. I’m thankful for my time in NS, it’s helped me to become the man I am,” he says.

Military training further toughened him and prepared him to be super-fit when he was called on to play  for Singapore in the early 1970s (1969-1973) as the first Sikh to don the Lions jersey. He was part of Singapore’s first and only two-week long playing tour to England. But a serious knee injury stumbled his playing career but motivated him to become the first Sikh football coach (1979-1984).

Specifically looking back to childhood days, Jita says: “In those days, it was quite easy for us to play football, we would just play on any space we could find and use stones or wooden sticks for goalposts. Our ball would be a plastic ball and we would play barefoot, the ground could be uneven, we would get cuts here and there, but it didn’t matter to us.” 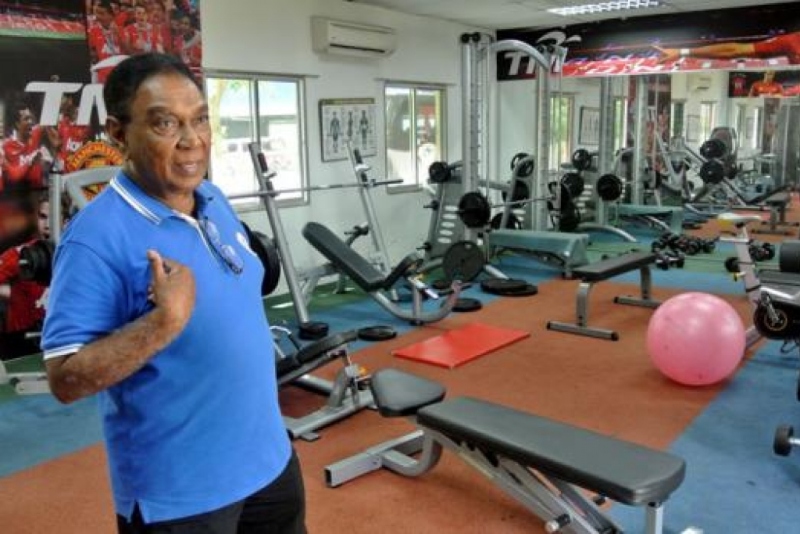 He remembers his schooldays as an athlete and held the school’s short and long distance records.

“I also played hockey for the school. But I found football to be more challenging, and more fun,” he says. “I come from the Sikh community, and at that time the majority of the community was involved in hockey. When you talked about a Sikh, you automatically associated him with hockey.”

He smiles as he looks back to his teens in the 1960s, where because of the pressure from the community, he couldn’t openly tell family that he was going to play football. He explains: “So I used to tell them that I was going to watch a football match at the St George’s Field. In those days there would be various leagues such as the Business Houses League and the Government Services League, as well as friendly games. I would go and play in a game without my shirt on, and after the game I would use handkerchiefs from my house to wipe the sweat off.”

Recalling his first selection for the Lions, as the first Sikh, he says: “In those days, the jerseys were made of heavy cotton, not comfortable at all. It was a jersey with four coloured squares. They didn’t have laundry services so the players took their jerseys back home to wash. I was so proud of playing for Singapore that every couple of hours, I would open my closet to look at the jersey.

“There wasn’t any Singapore flag, just four squares! But the pride of playing for the country was so strong that I just had to look at the jersey every few hours!” 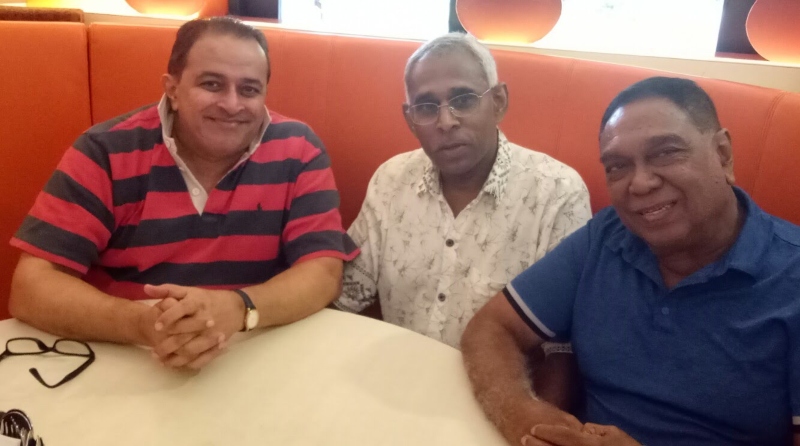 Even after his coaching career, with the Lions, he also went across the Causeway and handled Pahang and Johor, keenly keeping a close eye on youth development, which was lacking in the Malaysian-end.

He later moved off to the AFC (Asian Football Confederation) headquarters in Kuala Lumpur to serve as the continental grassroots education consultant, concentrating on Central Asia, comprising mainly of the former Russian republics.

This endeared lots of prolonged travelling and feeling homesick, he returned to join the FAS in 2007 as Head of Grassroots Development. He spent seven years reforming and enhancing the youth development structure in Singapore. He also oversaw other areas in the FAS such as women’s football, the FIFA Grassroots Course, Coaching & Development, the National Football Academy (NFA), as well as Club and Junior COE (Centre of Excellence).

Former FAS General Secretary Winston Lee praised Jita is a “key member of our team which has, in recent years, implemented key programmes aimed at facilitating the development of footballers from a young age, and the introduction of the National Football Syllabus which serves as a guide for coaches in Singapore”.

Lee added: “In fact, the endorsement of our youth development programmes by senior international football officials would not have been possible without the commitment and hard work of our colleagues including Jita.  He also informed us of his desire to serve as a volunteer and we certainly look forward to his continued involvement in Singapore football.” 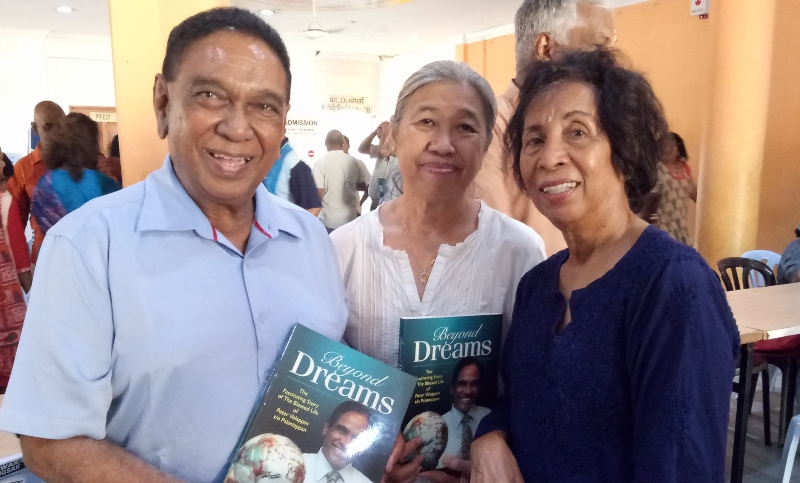 Now going on 70 years, Jita, a father of three, says his “heart still remains with football” without being specific of his future plans. But if given one final chances, he would love to further exploit developing football at grassroots level, especially in encouraging more multi-racial youngsters to play the No 1 sport.

He says:  “I understand perfectly why Sir Alex Ferguson was still in the job (at the age of 70) and I think I may have that longevity edge. I love football so much, I love coaching so much. I believe I have a lot in front of me, particularly in developing the younger generation of schoolboy footballers.

“To be honest, 70  is a number with a certain impact,  it’s a number I believe sometimes has a psychologically negative impact on many people because they realise the world spins very, very fast and our lives are very, very short,” he adds with a big smile.

”It’s a number that makes me think and look back but also look forward too. I’m such a happy person because what I have done so far I think is amazing.“

Many, many happy returns of the big birthday, Jita Singh, you’re in my books, one of the greatest Singapore-born player-coaches. Indeed, the oldest surviving award-winning Singaporean coach, the youngest head coach to win the Malaysia Cup in 1980, amazingly at 30 years.  – By SURESH NAIR