Home Badminton Marching on in men’s singles in Lucknow 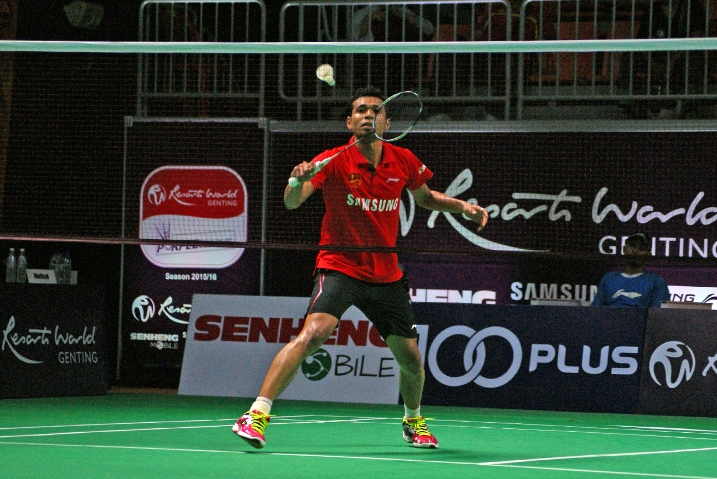 In the Malaysia Masters the Malaysian came 27-25, 21-9 in the semi-finals to set-up an all-Malaysian final against Chong Wei which the latter won for his fifth title.

The plum tie against Srikanth will be played later on Thursday and it will be interesting to see if Iskandar can ride on his new found confidence. For one, this time around, Srikanth, the world No 10, will have the home crowd to cheer him on in his bid to exact revenge for his defeat in Penang.

Also through to the third round is former Asian and World junior champion Zulfadli Zulkifli who upset third seed San Wah-ho of Korea 21-18, 21-13 in the second round after a 21-9, 21-10 win over Indonesia’s Wibowo Kho Henrikho in the first round.

Chong Wei Feng showed tremendous fighting qualities to book his place in the third round after coming back from a set down to beat Thailand’s Tanongsak Saensomboonsuk (14th seed) 18-21, 26-24, 21-8. In the first round Wei Feng stopped India’s Kartik Jindal 21-19, 21-17. A place in the quarter-finals is a match against China’s Shi Yuqi.

Goh Soon Huat also pulled off an upset when he dumped Japan’s veteran Sho Sasaki in straight sets – 21-18, 21-16 to book his place in the third round where he will face 10th seeded Korea Jeon Hyeok-jin.

Malaysia’s reigning junior world champion Goh Jin Wei is the lone survivor in the women’s singles and will meet sixth seed Yui Hashimoto of Japan. Tee Jing Yi, Malaysia’s other representative in the event was a first round casualty.

Both the women’s doubles – Vivian Hoo-Woon Khe Wei and Amelia Anscelly-Soong Fie Cho fell by the wayside in their round matches.