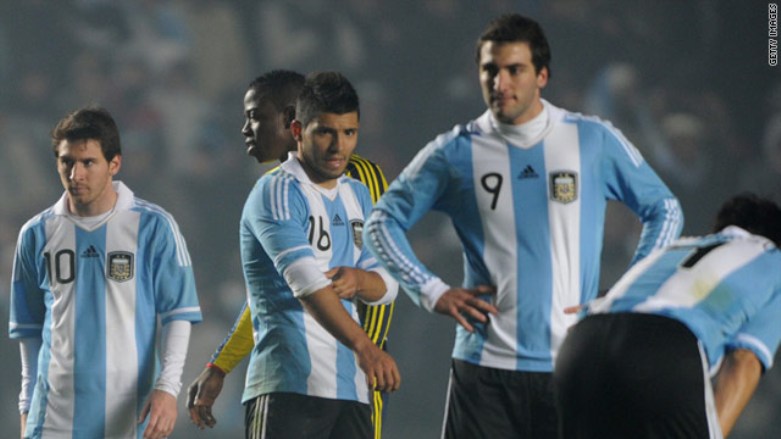 Argentina coach Gerardo Martino has admitted his surplus of attacking players is causing him a selection headache.

The former Barcelona coach said he has too many players similar to Lionel Messi and would rather have such talent spread throughout the team.

At the moment, forwards Carlos Tevez, Gonzalo Higuain and Sergio Aguero are all vying for a place alongside four-time world player of the year Messi.

“The big problem in Argentina is the quality of players in the middle of the park up to attack,” Martino was quoted on Monday by Argentine newspaper Clarin.

All three players are enjoying impressive seasons with their clubs as Manchester City’s Aguero (14) and Tevez (10) of Juventus are top scorers in the English and Italian top flights respectively.

Higuain has been in good goal-scoring form too for Napoli, finding the net seven times.

But Martino said it’s unlikely he’ll be able to fit all three into his Copa America squad in June and July.

“When the time comes we’ll see if all three will come or not,” said Martino.

“We have to see how everyone will get along, given that some will play and others won’t.

“Footballers need to understand that it is very difficult for players with the same characteristics to live together in the same team.”  – Agence France-Presse