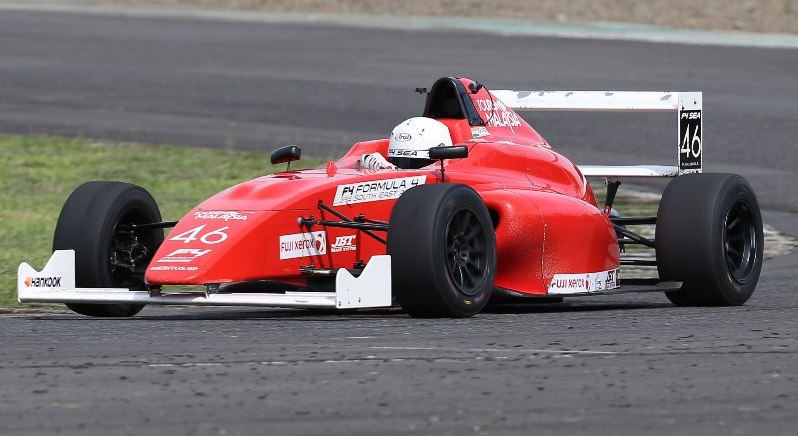 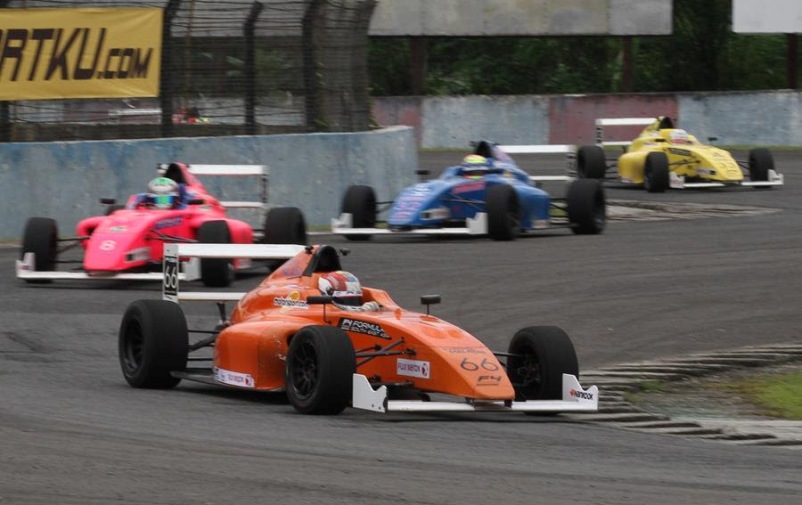 Having completed two exciting days of racing and four races, the third event of the Formula 4 South East Asia (F4/SEA) Championship – certified by FIA entered its final day on Sunday with the two remaining races left to run.

The first of these was the early morning 12-lap race in dry conditions. Coming home with an emphatic win was New Zealand’s Faine Kahia (NZL, #55), edging out home favourite Presley Martono (INA, Car #32) and India’s Akash Gowda (IND, Car #33). The win is the Kiwi’s second of the weekend after storming to victory in Race 3 on Saturday.

The final race of the weekend and the third event in the F4/SEA calendar on Sunday afternoon witnessed an enthralling affair in the wet as rain again descended on the 4.12km long circuit. In what turned out to be a mirror result to the earlier race, Kiwi Kahia again demonstrated his dominance in the tricky wet conditions with a second successive win on the day. Martono had to settle for second with Gowda holding on to third, against a charging Danial Frost, who returned after being absent from Race 5.

Meanwhile, with five second place finishes and one race victory from the six races contested over the weekend, Indonesian home-favourite Presley Martono was awarded the Fuji Xerox Star Driver Award for being the overall F4/SEA Event 3 Champion. Faine Kahia came in second overall after an incredible effort that saw the Kiwi bag three race wins. With his one race win and two third place finishes, India’s Akash Gowda came in third overall for the event.

The attention now shifts to the fourth event in the calendar as the F4/SEA grid heads to the Sepang International Circuit in Malaysia, scheduled from 9 – 11 December 2016.

Going from the wet to dry race yesterday, I picked up a lot to learn and what not to do and I chucked it all into this race. Once I knew how fast I was going, I just kept in my head ” keep doing the same thing” and I just kept doing it // Second win of the weekend you know so stocked. Led start to finish, from the safety car and we were pulling away so much I cant be happier.

Every racing driver wants to win but I have to accept that. Faine did a better job that race and he worked the tyres alot better than me and I hve to review later what I have done. So I’m optimistic about that last race.

Three wins so stoked Race weekend started off good then went downhill and its just come straight back up with three consecutive wins. Were shown our pace, shown we are quick in the wet and the dry so so happy with that and its all championship points so it keeps us in the lead.

In the start the car in front of me stalled so yeah I had to swing across and because of that I lost momentum to Fain and then Faine passed me but other than that it was a really good race because good overtaking into Akash into the first corner so that was really fun.

Faine and Presley were just faster than me way way way faster thatn me so I tried defending as much as I could but they just went past me so I was behind them and I managed to finish third.