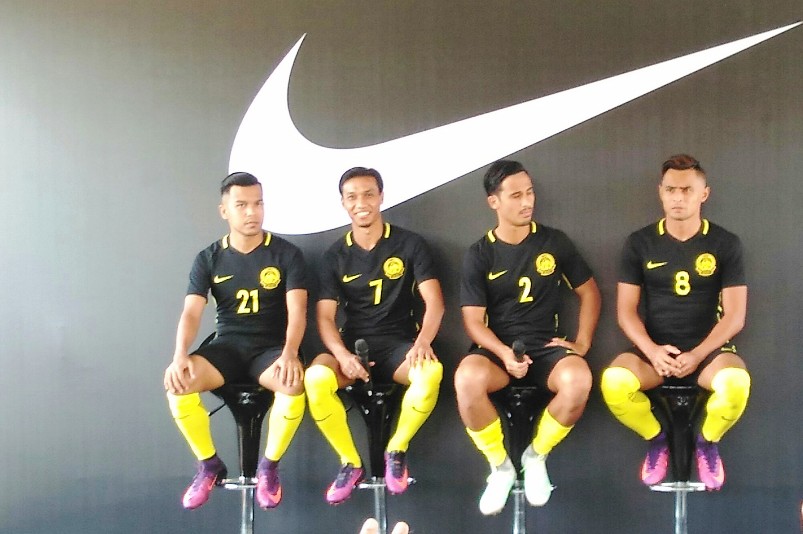 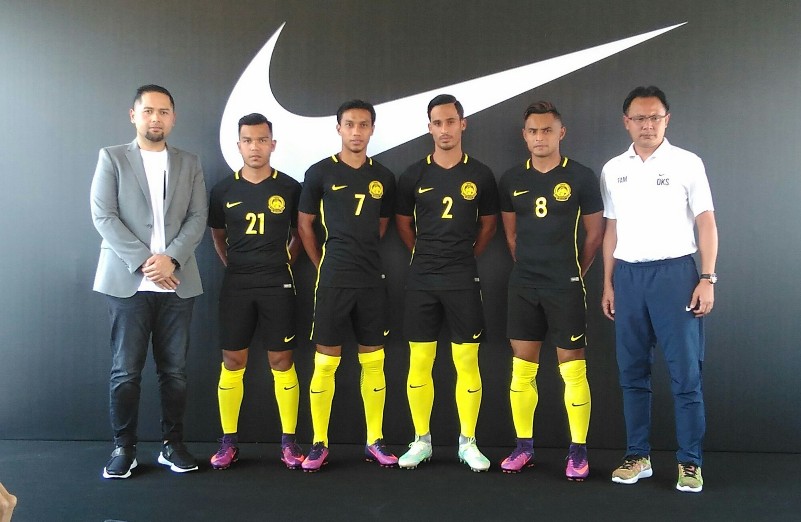 Mostly black with strips of yellow – that’s the colour the Malaysian national side has decided to go for ahead of the AFF Suzuki Cup 2016 which begins in a few days.

This was unveiled by sponsors Nike as Malaysia decided to go for black as their home colours and white as their away kit.

It is move away from their traditional yellow for home and blue/white for away.

Nino Priambodo, Nike’s Marketing Manager said: “the game of football has changed a lot over the years. It is much faster and a lot more aggressive, And it is for this reason that we have put to the test the new Malaysian kits to go through the rigours and intensity of a match.”