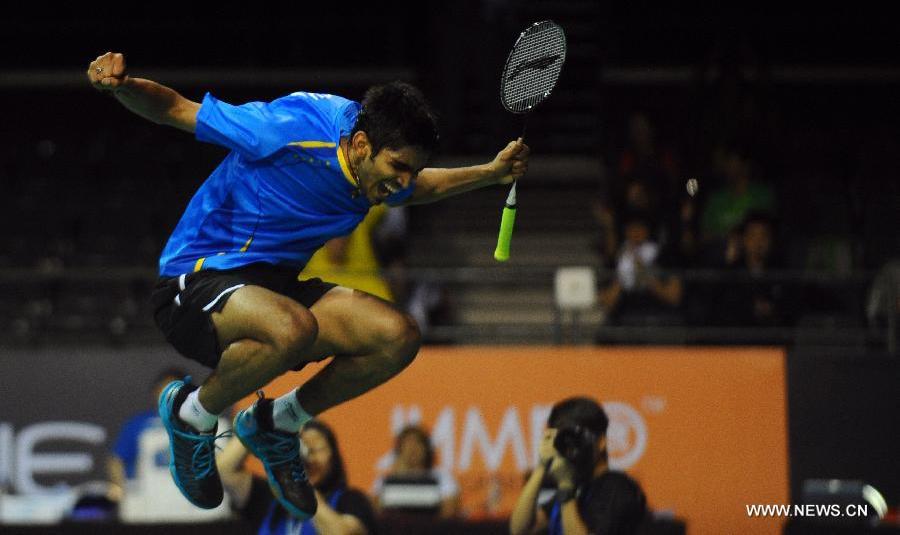 World No 5 and sixth seeded Saina Nehwal’s 21-12 22-20 win over Japan’s Akane Yamaguchi in 43 minutes did not come as a surprise for the Indian who took home USD 52,500 in prize money that came with it.

However, what lighted up the stadium was Srikanth’s straight sets 21-19, 21-17 win over five time world champion and two-time Olympic champion Lin Dan in the men’s singles final – It was Srikanth’s first ever Super Series title. His previous best was reaching the semi-finals in the Singapore Open earlier this year.

He earned USD52,500 for the 45 minutes he was on court and a big boost for his professional badminton career. It also signalled that Indian badminton is making its presence felt internationally. India’s P. Kashyap is the reigning Commonwealth Games champion.

Lin Dan, the reigning Olympic champion, currently ranked No 14 in the world, did the escape acts in his previous matches – riding on his experience to keep his hopes of a sixth China Open title, having won in 2003, 2004, 2008, 2009 and 2011. The Asian Games gold medallist was favourite to win for the sixth time against Srikanth. Instead, the Indian played a cool game to stun the Chinese ace in front of his own supporters.

It was certainly a bad day for the Chinese shuttlers who won the women’s doubles titles with fifth seeds Wang Xiaoli- Yu Yang defeating compatriots and second seeds Tian Qing-Zhao Yunlei 21-16, 19-21, 22-20 in the all-China final to pocket USD55,300. The losers took home USD26,600 for their efforts.

China also took the mixed doubles title through Zhang Na-Zhao Yunlei but the No 1 seeds were made to slog for their win by Korea’s Yoo Yeon-seong-Eom Hye-won – coming back from a set down before registering victory  23-25, 21-14, 21-18 and bag the USD55,300 prize money. The Korean pair richer by USD26,600.