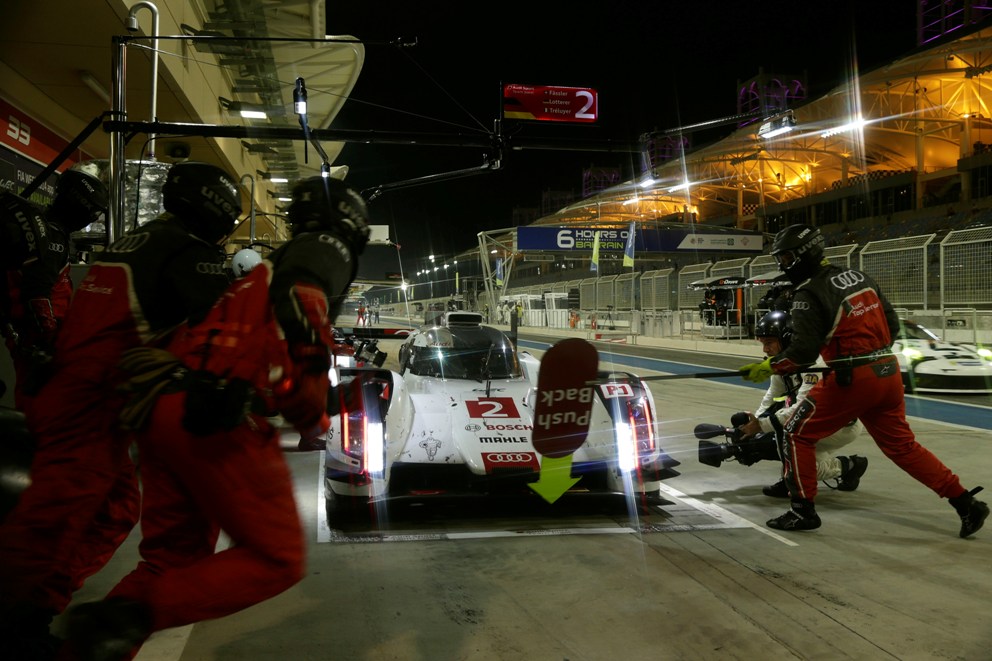 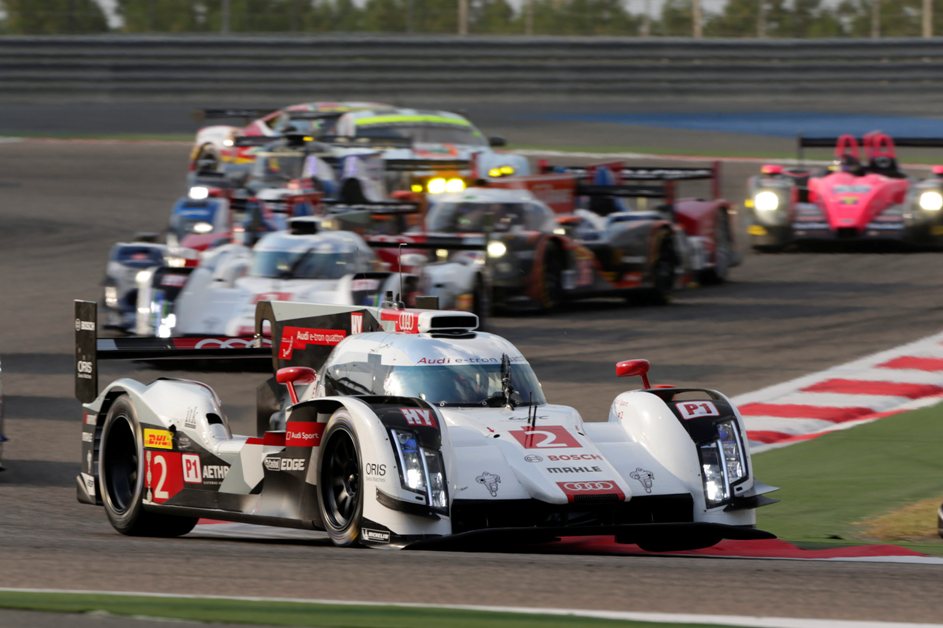 Strong team performance from preparation all the way into the race

In what has been its most work-intensive 6-hour race in the three-year history of the FIA World Endurance Championship (WEC), the Audi squad managed to continue to keep the title decision open. As a result, the manufacturers? classification, for the first time ever, will only be decided in the finale after Audi had been ?crowned? early as the World Champions in each of the past two years.

The postponement of the title decision is the sweetest reward for Audi Sport Team Joest?s arguably most work-intensive week ever since the WEC was launched in 2012. Between Tuesday and Friday, the squad prepared three race cars from scratch in Bahrain due to damage to the monocoques that had been discovered after the previous race and the first day of practice in Bahrain.

Car number 1 of Lucas di Grassi/Loïc Duval/Tom Kristensen (BR/F/DK) delivered an impeccable performance in special conditions. Due to the need to have its race car prepared again from scratch the trio missed out on one practice session and qualifying on Friday. The new Audi R18 e-tron quattro did its first laps on Saturday in the race. The hybrid sports cars handled the six hours in the heat of Bahrain ? with track temperatures of 34 degrees centigrade at the beginning of the race ? without the slightest technical irregularity and finished in fifth place. Start driver Lucas di Grassi on fresh tires in the early stage even set the fastest race lap once.

After Marcel Fässler (CH) in the sister car number 2 had switched from the tires he had used in qualifying to a fresh set of slicks at the first pit stop, he drove the fastest race lap in this stage of the race. Still, the Swiss, together with his team-mate André Lotterer (D) and Benoît Tréluyer (F) ultimately had to admit defeat in the battle for a podium position. Following the strength-sapping penultimate event of the season, Audi is now concentrating on the finale. The São Paulo 6 Hours in Brazil is on the agenda in only two weeks time.

Dr. Wolfgang Ullrich (Head of Audi Motorsport): ?Sincere congratulations to Sébastien Buemi and Anthony Davidson on the early win of the title in the drivers? championship. At the same time, our entire squad that worked extremely hard for five days deserves a special compliment. Both race cars were running excellently. A big ?thank you? for this. Unfortunately, we didn?t achieve the podium today. Our drivers were running really well but the small fuel tank capacity dictated by the regulations, despite the efficient diesel engine, forced us to make an additional pit stop five laps before the end of the race or to save an extreme amount of fuel across several stints. A race can?t be won like this.?

Chris Reinke (Leiter LMP): ?Our congratulations, today, first go to our competitors who managed to secure the drivers? title. At the same time, a huge ?well done? goes to our squad that had to prepare new cars three times this weekend. The cars ran without any technical problems whatsoever. That?s the feat we can be proud of this weekend. In addition, we achieved our aim of keeping the manufacturer?s championship open even though it?ll be difficult to turn the tables at São Paulo. But we?re not giving up.?

Ralf Jüttner (Team Director Audi Sport Team Joest): ?I?m very proud that our squad prepared a car from scratch that ran in a six-hour race without any problem although we didn?t even have a functional test. This can?t be judged highly enough because the design of the hybrid sports cars is very complex. We now prepared three Audi R18 e-tron quattro cars within a few days and all of them were running impeccably. We knew that we wouldn?t have a real chance here in the race ? not even via the tire strategy. Congratulations to Toyota with car number 7 on the drivers? title. We kept the manufacturers? championship open. I hope that in Brazil we?ll be experiencing a slightly less turbulent race weekend than we did here.?

Marcel Fässler (Audi R18 e-tron quattro #2): ?I managed to drive off really well at the start and immediately advanced to third place but, unfortunately, didn?t keep the position for very long. We thought it would be a lot hotter today. That?s why the tires didn?t work properly and I lost a relatively large amount of time. We then pitted early, I received the same tires as Lucas di Grassi and, as a result, was able to keep the pace again. Generally, it was a very difficult race but we showed that we don?t give up and have got a fantastic squad. We?re still making the quickest pit stops and there?s no reason to hang our heads. We?ll continue to battle and are hoping to move forwards again soon.?

André Lotterer (Audi R18 e-tron quattro #2): ?It wasn?t a bad race for us. In the beginning, things weren?t running smoothly for us because Marcel Fässler?s tires weren?t ideal for this race situation. Afterwards, things were going well. We extracted the maximum from the car. The team did a superb job. Our pit stops were good although the guys had had a rough week. Unfortunately, there wasn?t a place on the podium to reward them but we?re not giving up.?

Benoît Tréluyer (Audi R18 e-tron quattro #2): ?The whole squad was first-rate despite having worked so much beforehand. It was a very tough race. The tire choice in the beginning wasn?t perfect but it was worth a try. Marcel Fässler initially battled and André Lotterer was very strong too. The pit stops were flawless and very quick. We tried to extract the best out of the car. Towards the end, we had a problem with the rubber on the track which our tires picked up. As a result, the car wasn?t as good to drive anymore as it had been before on new tires.?

Lucas di Grassi (Audi R18 e-tron quattro #1): ?This was a difficult race as well as one that I?m very proud of. Our mechanics did a brilliant job and, despite getting very little sleep, prepared our car from scratch twice. We didn?t have a roll-out but in the race our car was in perfect condition. So I?m very proud that we managed to take a few points home for our squad.?

Loïc Duval (Audi R18 e-tron quattro #1): ?This was a pretty tough race. I?m proud of our squad. They?re the heroes of the weekend. We were struggling today but we?re emerging from such situations even stronger. It?s good that we were able to postpone the title decision once more.?

Tom Kristensen (Audi R18 e-tron quattro #1): ?This has been an eventful weekend. The entire team of Audi Sport worked very hard. I only drove seven laps in Bahrain before driving my stint in the race ? that wasn?t easy. Traction was an issue here. But I think we fought a good battle and made no mistakes. It was great driving under floodlights here in Bahrain. And of course I congratulate Toyota and Anthony Davidson and Sébastien Buemi on their title win. They were simply outstanding this year.?