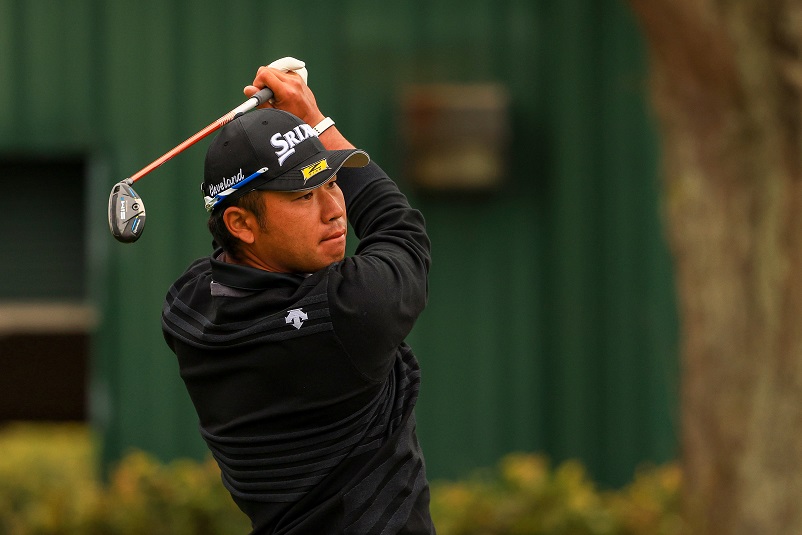 Hideki Matsuyama would give anything to turn back the clock.

Twelve months ago, the Japanese golf star fired a career low 9-under 63 at The Stadium Course at TPC Sawgrass to lead the first round of THE PLAYERS Championship, only for the PGA TOUR’s flagship tournament to be cancelled hours later due to COVID-19.

The 29-year-old since regrets not utilizing his time better at home after the TOUR implemented a three-month shutdown, citing Bryson DeChambeau, who re-emerged all bulked up before powering his way to two eye-catching wins, including the U.S. Open, and last week’s Arnold Palmer Invitational presented by Mastercard.

But Matsuyama will still get his chance again at this week’s US$15 million star-studded event, which continues to deliver the TOUR’s golden standard in sports and entertainment, as well as showcase the strongest field in golf at the iconic Stadium Course.

The five-time TOUR winner said he did not think about what may have happened if last year’s tournament was not disrupted, choosing instead to look forward towards another opportunity to challenge for the prestigious PLAYERS title.

“I was able to play well last year but all of us were put in a pretty difficult position at that moment. I’m just looking forward to another opportunity to play well and compete,” said Matsuyama, who is the most successful Japanese golfer on TOUR.

“I enjoyed back-to-back top 10s (at The Genesis Invitational and WGC-Mexico Championship last year) but played very poorly at the Arnold Palmer (Invitational), so I wasn’t sure what to expect at THE PLAYERS and ended up playing very well in the first round. I recall putting in a new putter that week as I had been switching around to different putters and the putter I had worked very well. I was making little adjustments to my putting stroke and I was really hoping to maintain my form.”

Matsuyama’s track record at TPC Sawgrass, often regarded as the purest test in golf, suggests he can contend again. He finished T8 in 2019 and T7 in 2016 and registered three other top-25s in six appearances. His 63 before last year’s cancellation featured an eagle, eight birdies and one bogey.

His annual visit to the TOUR’s showpiece event along with seven consecutive appearances in the FedExCup Playoffs Finale, the TOUR Championship, is a reflection of Matsuyama’s sheer consistency. This season, he has one top-10 and five top-25s but the Japanese star longs to end a four-year winless drought.

“It means a lot each time I get to play. Obviously with THE PLAYERS, if you don’t make the top-125 in the FedExCup points list, you don’t get in. It shows how consistent I’ve been and it’s a goal of mine to one day become THE PLAYERS champion. It is on my list of tournaments I hope to win one day and if that’s something I’m able to accomplish, I’ll be extremely happy,” said Matsuyama, whose best result this season was a runner-up finish at the Houston Open.

As he reflected on last year’s shutdown, Matsuyama conceded he could have made better use of his time at home during the hiatus. “When the cancellation was announced, I felt it was understandable given the circumstance. I was not upset. I realised we were going to have some tough times ahead. At that time, it was reported the Masters was still going to take place so I decided to stay on in the States and practice at home (in Orlando), compete in the Masters before going back to Japan,” said Matsuyama.

“When reports (on the pandemic) started to get worse, I realized it was safer to go back to Japan. I had no idea when the season was going to resume and it was difficult to set up a schedule. Even if I did, I didn’t know if it was going to be good for me. Reflecting on the two months hiatus,  I regret that I could have utilized the time a little better. I should have made a detailed plan and focused on improving on certain parts of my game.

“You can really see the growth from DeChambeau. Looking at him, I feel I have wasted my time. I’m not comparing myself to other people, but when I look back, I think to myself that I should have done this training or worked on that part of my game. It’s not great to regret about the past. But I think it’s important to remember this feeling.”