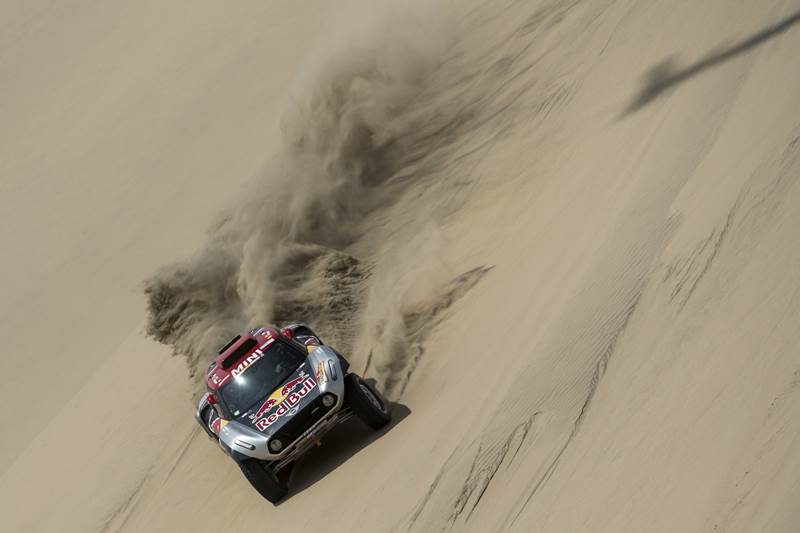 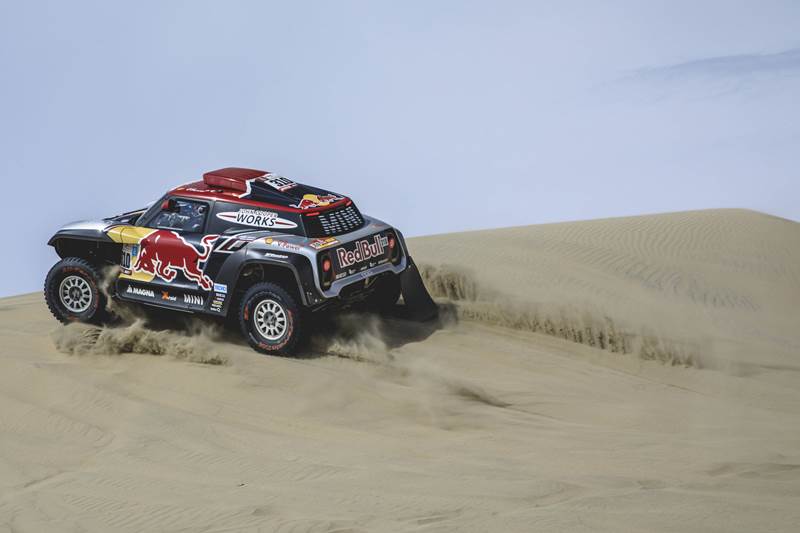 Bryce Menzies has vowed to return and complete his Dakar mission of becoming the first American to win the legendary race.

The Arizona truck star, who saw his 2017 chances wrecked by injury, started the 2018 Dakar Rally with the firm belief that he could challenge the desert car veterans for victory over the punishing 14 stages in South America

But after ending day one in fourth, a seemingly innocuous bump in the terrain on day two threw the back of his Mini end over end and out of the world’s toughest motorsport race [download the video HERE].

Menzies is not content to lick his wounds, though, instead already focussing his mind on a 2019 assault for the title.

The 30-year-old revealed: “My desire this last year has been huge. Getting over here and experiencing it, my desire is now even more.

“A lot of drivers came over and talked to me after the crash and it really helped me out a lot. You can’t take risks that will end your race early. You have to be at the end of the 14 stages and 16 days to win it. That is the biggest thing I will take away.”

It is not just a personal journey for the motorsport star either with the growing weight of expectation back home in America from his huge fan base.

He explained: “It was heartbreaking because I am representing the USA too. Everybody has given me a lot of hope and told me to keep my head high, but it still hurts.

“We have to work harder, come back, finish the rally in 2019 and make everybody proud and happy. There has been no American who has ever won Dakar, and that is another goal of mine to be the first man to do that.

“I am committed and my passion is off road racing. For the next three to five years, our goal is to win it, I will try with every effort I can.”

As for the rest of this year, Menzies will take on around six desert races, including the Silk Way Rally and the Rallye du Maroc.

He added, “I am getting more familiar with the two-wheel drive. It is so different to four-wheel. I feel comfortable in it, but I need to know the limits of it more.”