Home International Mercedes-Benz is a family and we are dominating, says Hamilton 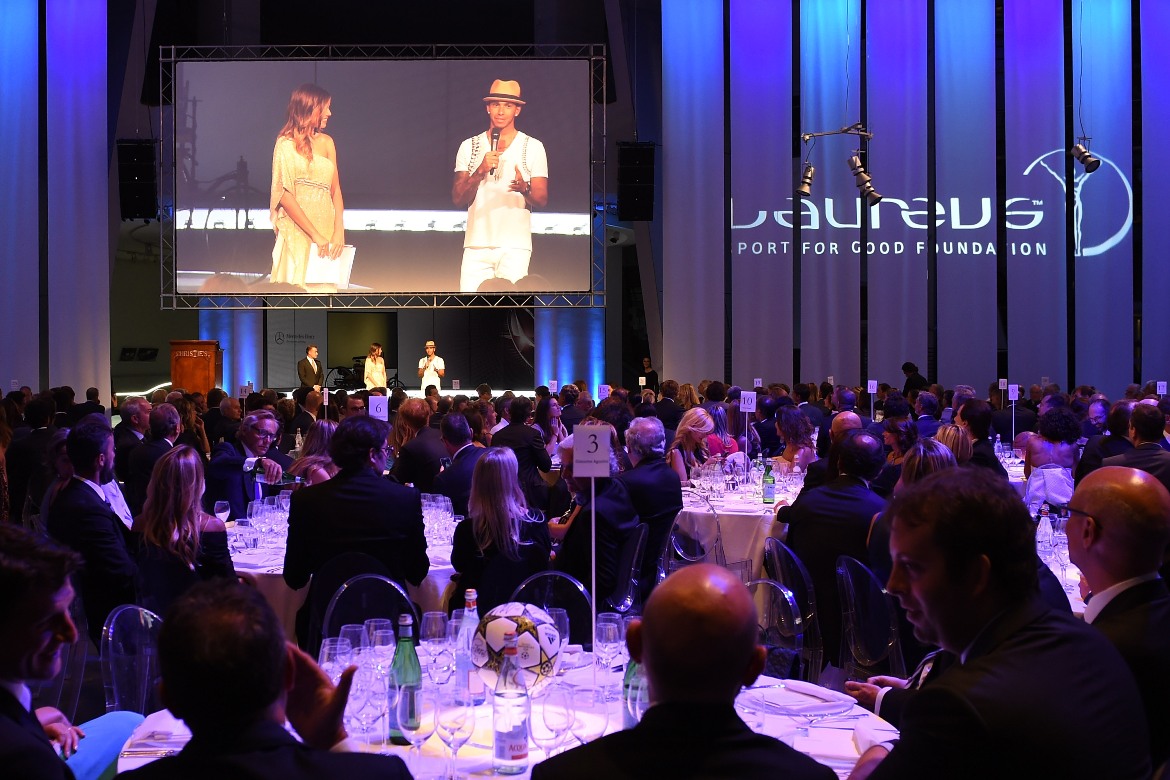 Lewis Hamilton has hailed the success of his Mercedes-Benz “family” in the run up to the Italian Monza Grand Prix this weekend.

Talking to Laureus.com, the F1 star said: “The season has been amazing, we have lots of 1-2s, and we are dominating as a team. You feel very much part of the family. I don’t think you have that anywhere else in F1.”

Hamilton was speaking at a star-studded gala charity night yesterday in Milan to raise funds for the Italian Laureus Sport for Good Foundation, which is celebrating its tenth anniversary.

The event, staged at the Mercedes-Benz Centre, had a strong Formula One focus, ahead of the Italian Grand Prix at Monza on Sunday.

Laureus Chairman Edwin Moses said: “Ten years is an important milestone and we are here tonight to help shape the next 10 years of the Italian Laureus Foundation.”

The Formula One charity night raised substantial funds to support Italian projects which have helped more than 2,000 disadvantaged young people in its ten years of life.

A fundraising auction on the night raised the remarkable total of € 200,000. Conducted by Clarice Pecori Giraldi, Senior Director of Christie’s Europe, items were sold for the benefit of Laureus, included: a Mercedes-Benz Proton 220a from 1955, restored by the Mercedes-Benz Centre in Milan; the IWC Portuguese Tourbillon hand-wound watch in Platinum, a unique piece for the Laureus Charity Night; the Aprilia RSV4 factory motor bike autographed by two motor cycling champions Marco Melandri and Sylvain Guintoli; Fabian Cancellara’s bicycle; and a Leica M ‘100 years’ with Summcrion 50mm lens.

The items in the auction were the result of generous donations by Italian and international companies, who, together with Pirelli, the event partner, showed their backing for Laureus. There was also considerable support from Mercedes-Benz and IWC Schaffhausen, global partners of Laureus.