Sports247
Home Badminton Mixed Fortunes for Shuttlers in Second Round 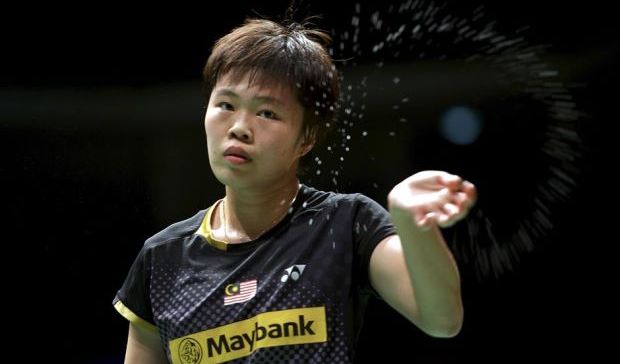 MALAYSIA kept their men’s and women’s doubles alive in the Asian Badminton Championships in Gimcheon, South Korea alive but it was all over in the women’s singles when Tee Jing Yi and Lim Yin Fun lost their second round matches at the Gimcheon Indoor Stadium on Thursday.

Low Juan Shen-Heg Nelson Wei Keat marched into the quarter-finals without lifting their racquets after receiving a walkover from top seeds Tsai Chia Hsin-Lee Shen Mu of Taiwan in the second round. The Malaysians overcame India’s Manu Attri-B. Sumeeth Reddy 16-21, 21-13, 22-10 in the first round will now play China’s Shi Longfei-Chen Zhuofu for a place in the semi-finals.

In the women’s doubles Anscelly Amelia Alicia-Soong Fie Cho continued their rich form in the Asian meet when they easily beat the Taiwanese pair of Hsieh Pei Chen- Cheng Wen Hsing 21-14, 21-14 in 30 minutes to earn a match against India’s Ashwini Ponappa-Jwala Gutta.

Teammates Lee Meng Yean-Lim Yin Loo, however, were no match for their Chinese opponents Luo Ying-LuoYu and fell to a 21-15, 21-11 defeat in 50 minutes.

The seedings in Gimcheon have taken a severe beating in the men’s singles. After top seed Boonsak Ponsana of Thailand was shown the exit in the first round, Japan’s unseeded Sho Sasaki packed off second seed and home favourite Son Wan Ho with a 21-18, 21-13 win.

There was more bad news for the Koreans when top seeds Kim So Young-Jang Ye Na were knocked out in the women’s doubles by Hong Kong’s Chan Tsz Ka-Tse Ying Suet 20-22, 16-21.

Another Korean hope Bae Yeon Ju, the 3rd seed in the women’s singles was dumped out by Thai rising Thai junior Busanan Ongbumrungpun who toiled for 80 minutes before registering a thrilling 22-24, 21-19, 21-15 win to advance.

Busanan’s win made up for the shock exit of teammate and second seed Intanon Ratchanok at the hands of Takahashi Sayaka. The Japanese won 21-18, 16-21, 21-14.