Home 2021 ‘My success is a combination of many things’ – Muller 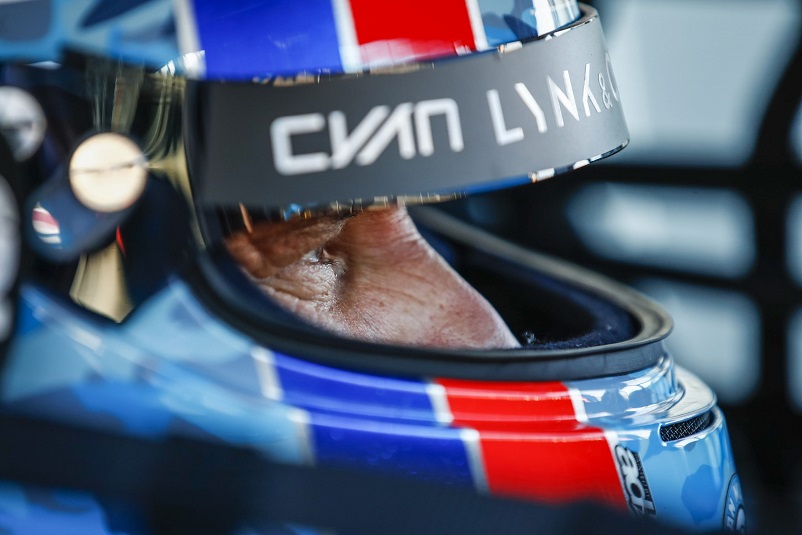 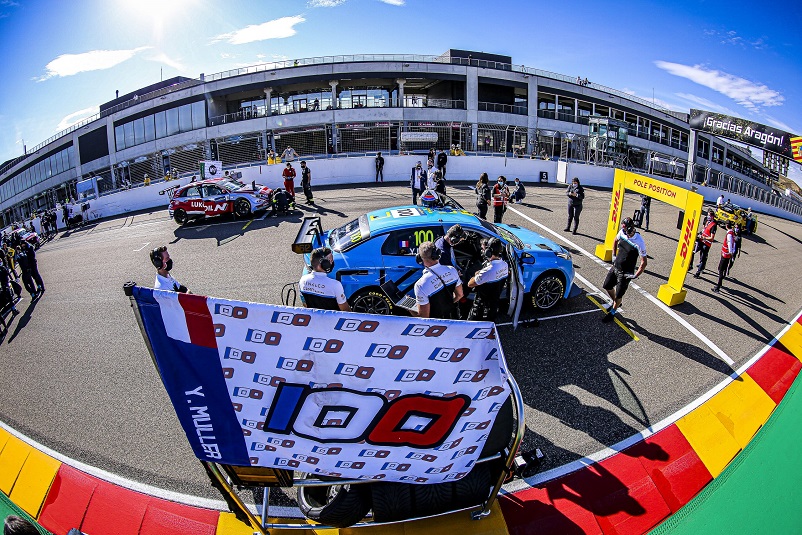 “My success is a combination of many things but there’s no secret, it’s just work, work and work again”

When it comes to ultra-successful FIA World Touring Car drivers look no further than Yvan Muller. The 51-year-old from France set every record going during the WTCC era and completed the first WTCR − FIA World Touring Car Cup season in 2018 three points shy of the title following a thrilling final-round decider in Macau.

In year two, in 2019, Muller switched to Lynk & Co power and claimed four wins during a dominant late charge, scoring points that were crucial in Cyan Racing Lynk & Co claiming the Teams’ title.

He was a WTCR race winner again in 2020, but during a campaign shortened by the COVID-19 pandemic, Muller’s focus switched to helping his nephew, Yann Ehrlacher, become King of WTCR. Muller himself finished in the top three for the 13th time in his FIA World Touring Car career, taking the runner-up spot in his Goodyear-equipped Lynk & Co 03 TCR.

Ahead of his third WTCR season with Cyan Racing Lynk & Co, this is what Muller’s had to say.

Having achieved so much in your FIA World Touring Car career what makes you keep coming back for more?
“I retired in 2016, 2017 was my season off and my plan was not to come back. But then when we had the opportunity in WTCR with my team in 2018, I did it because it was for my team and I realised I still had some performance and some pleasure to do it, so I did it. To be with Yann and share something with him is a good motivation to do it as well.”

How special was last season when Yann won the title and you finished second?
“It was very special. Since he started racing that was our target and we achieved that. Believe me, I was as happy to see him win the title as I was as if it was for me. My target all season was that one, it was not to win another title for myself. To add the cherry on the cake I finished second, so it was fantastic.”

Now Yann has become King of WTCR does that change your approach and encourage you to go for a fifth FIA World Touring Car title in 2021?
“I don’t know at this moment. Really, my target this year is to do as I always do, trying to do my best and to see what happens at the end of the season.”

Looking back, you have a phenomenal record of finishing in the top three in almost every FIA World Touring Car season you’ve taken part in. That’s some achievement, right?
“That’s the thing I am most proud of since I am in racing. In my first season, in 2006, I finished P4 then all the other seasons I participate I was in the top three. That was with a lot of different cars, teams and manufacturers. I also won four Drivers’ titles and we also celebrated some Manufacturers’ titles. At some point, with the results like that, it makes you think you can’t be bad.”

So, what makes you such a good touring car driver?
“My success is a combination of many things, but I will not tell everything, maybe one day, but for the moment I keep that for me and my team-mates. But there is no secret, it’s work, work and work again. That’s what you have to do.”

How good a driver can Yann become, he’s only 24 after all?
“That’s difficult to say right now. Of course, he’s young and his experience is already big for his age. And his victory last year will help him a lot, but the future will tell us.”

There are two other drivers competing with Lynk & Co power in the WTCR, Thed Björk and Santiago Urrutia. How do you rate their chances for this season?
“Thed was world champion already and has the capacity, we know this very clearly. Santi showed good things last year in his first season and now he has to confirm this potential.”

How are your plans shaping up for the new season in terms of testing?
“Not bad but during testing it’s always difficult to say where we are with the performance because we drive on our own with no other teams and we don’t actually test that much. We will see where our performance is in the first race.”

What changes have been made for this year?
“We didn’t make much change because there is the homologation, we did two seasons already with the car and there is not much to do and there is not much we can do. For sure we have a better view on the Goodyear tyre, that was the biggest change last year. We still learn things of course but we have one year of this tyre now.”

A more traditional calendar is planned for 2021 and that will mean a hoped-for return to some of the classic venues missing last year. What does that mean to you?
“I’m really looking forward to the races in Asia because we need that. Last year was a particular season but I hope things can be better this year. The WTCR is a world series and we should be going out of Europe so I hope it will be possible.”

One of those classic venues is Macau, where you won twice in 2019. How good would a return to Macau be for you?
“Of course, Macau is one of the circuits where we love to go, but the older you are the harder this type of street circuit is.”

Away from your WTCR commitments, you also run your own team. What’s planned for 2021?
“We just do the Ligier European Series, the Trophée Andros in ice racing and track days, the rest we stopped because of the situation [with COVID-19]. But I’m just the team manager, I don’t do any driving. For the track days we book some circuits and you can come with your own car and drive all day or you can rent a car from me. It’s more for having fun but if people want to improve their technique, I can help with that as well. I can drive them and coach them, but I don’t sit in the passenger seat. You can find out everything at Mracingexperience.com.”

MORE ON YVAN MULLER: REVISIT WTCR FAST TALK, TOURING CAR LEGEND FOR WHOM RETIREMENT DIDN’T REALLY MEAN RETIREMENT
“For me it was not planned to drive again. But we needed to learn WTCR with Lynk & Co coming in 2019. So, I decided to do my own team with Thed Björk in one car and my nephew Yann Ehrlacher in the other car. The idea for me was to be focused on the team management but the sponsor at that time said ‘we are ready to sponsor but we want you in one of the cars’. I said, ‘if that is the only chance for me as a team to be in the championship then I have to put my helmet back on’. Fortunately, Yann had a contract with another team.”