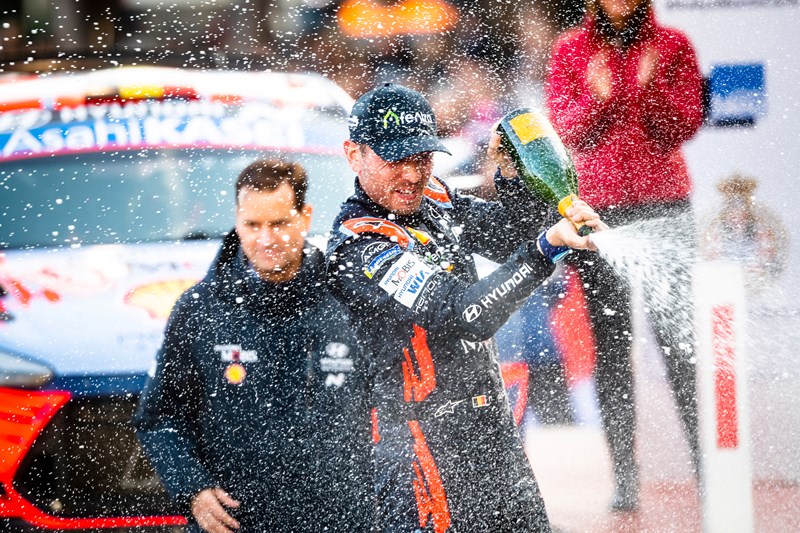 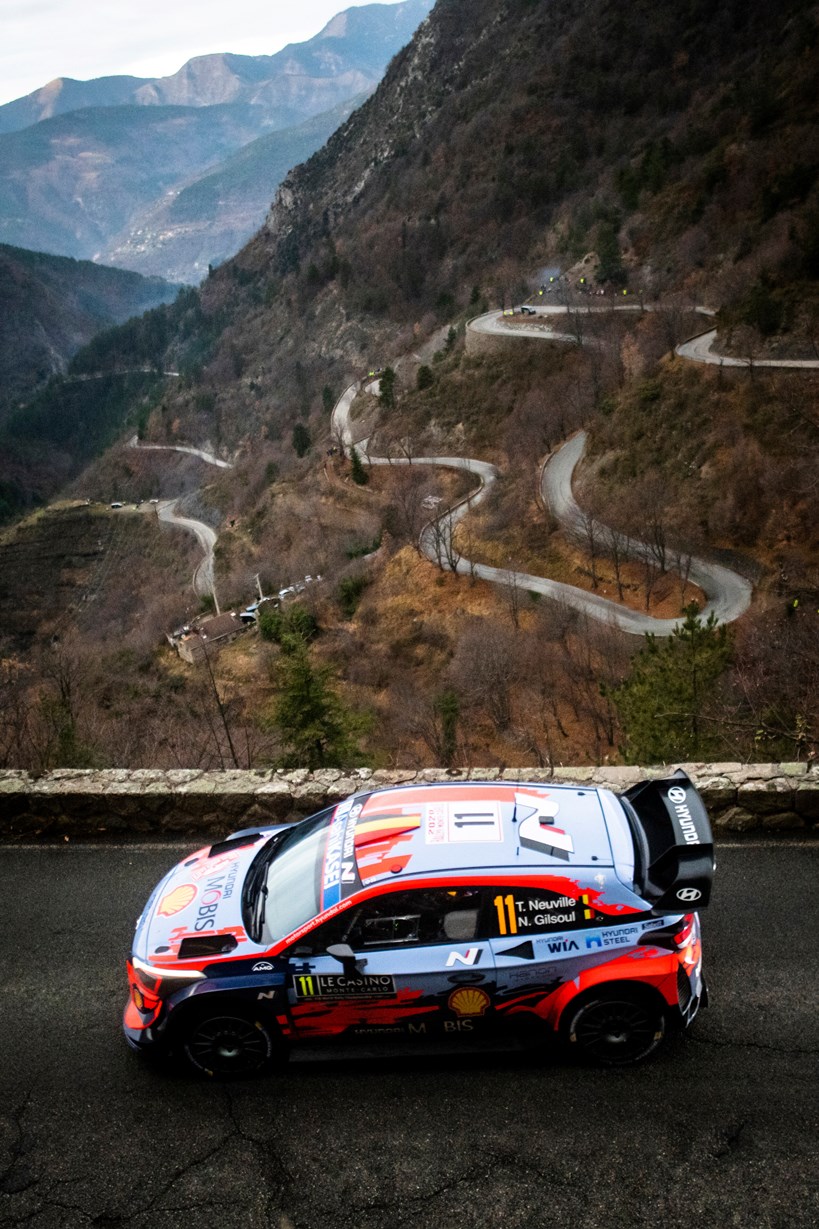 Belgian driver makes up for narrowly missing out in 2019

Thierry Neuville delivered a stunning final day drive to score his first Rallye Monte-Carlo victory on Sunday – 12 months after missing out in the event’s closest-ever finish.

The Belgian won all four final-leg speed tests in the mountains above Monaco to charge from third, sealing a perfect weekend with maximum bonus points after winning the closing Wolf Power Stage by 0.016sec.

Last year Neuville was pipped by 2.2sec by French hero Sébastien Ogier. Revenge was sweet this time as the Hyundai i20 driver demoted Ogier and overnight leader Elfyn Evans to win the four-day opening round of the FIA World Rally Championship by 12.6sec.

Ogier overhauled Toyota Yaris team-mate Evans in the final speed test to finish 1.7sec ahead in second. Both drivers were making their Toyota Gazoo Racing debuts.

“The target was to win this rally and take revenge and it feels good right now,” said Neuville. “It’s something we’ve been fighting for for a very long time. Rallye Monte-Carlo is one of the most historic events that every WRC driver wants to win at least once, and we’ve done it.”

He led after Thursday night’s opening leg, but could only watch as Evans and Ogier traded the lead several times over the next two days. Neuville was not to be beaten, however, and he ended with nine fastest times from 16 special stages.

Ogier missed out on a seventh consecutive Monte win, but the Frenchman was satisfied with a podium start to his Toyota career. Evans failed to find the same pace which had taken him to the top of the standings ahead of Sunday’s finale.

Esapekka Lappi finished fourth in a Ford Fiesta, securing a record-breaking 250th consecutive points finish for M-Sport Ford. The Finn was almost three minutes adrift of Evans and more than a minute clear of Toyota debutant Kalle Rovanperä in fifth, a career-best result for the teenager.

Both moved ahead of Sébastien Loeb, who ended sixth after sliding off the road and dropping further time when a poor tyre choice left him driving with badly worn rubber.

The series moves to Sweden for round two as Torsby hosts the snow and ice encounter on February 13-16.