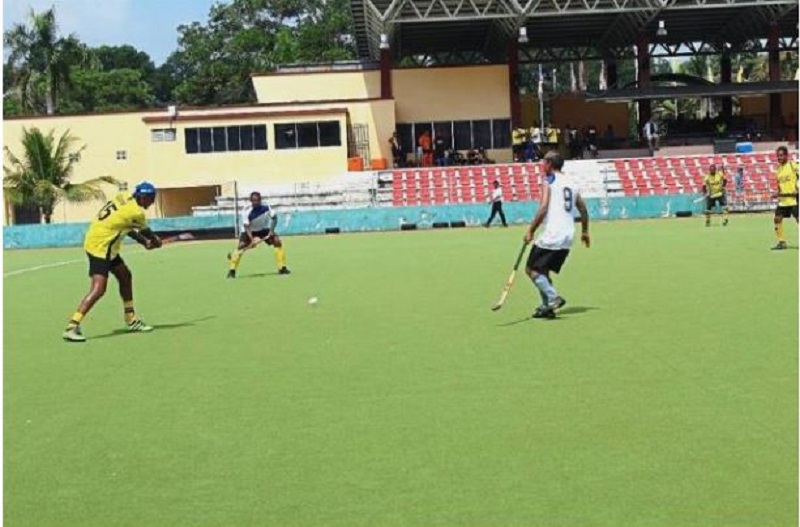 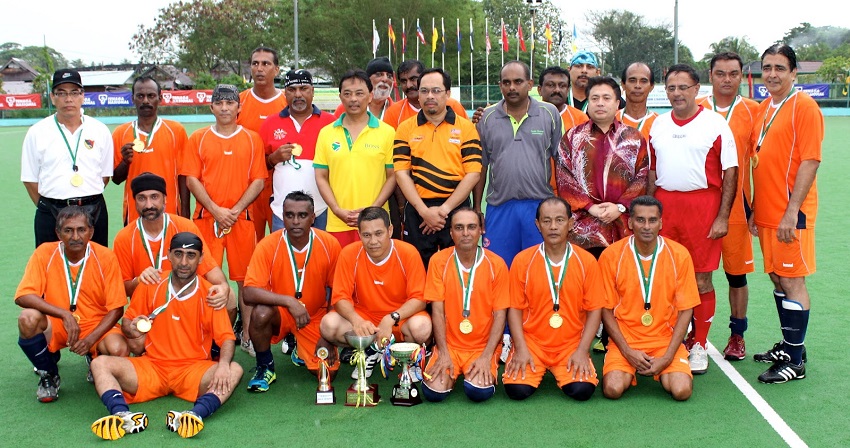 # Selangor register two wins in Group B
# Johor also off to a winning start in Group A
# Perak stun Pahang 2-1
They did not even have a full team on the field due to last minute call of duty but the lawmen showed their true gritty and determination on the field with skipper Avtar Singh Pander a true “Captain Marvel” showing the way as Police held Terengganu to a 3-3 draw in their opening Group A match in the national veterans hockey tournament at the Taman Daya Hockey Stadium in Johor Bahru on Thursday.
The 59-year-old Police Superintendent, who retires next year, hit the road to Kuala Lumpur for an important meeting – just two hours after scoring a grand hattrick for his 10-man team against Terengganu who were joint champions with Pahang last year.
Police coach Zulkhairi Ariffin said they were not able to field a full side after some of their players had to answer the “call of duty” but the “tremendous fighting spirit” saw them share the spoils with the East Coast side.
“We were the underdogs but Avtar showed his ‘class’ each time we fell behind. I am proud of my team,” said Zulkhairi after the match, adding that Avtar will be back on Friday although he is likely to miss one of the two matches his team will play.
In the morning Police face Perlis and Johor in the evening.
Avtar scored his hattrick in the 12th with a field goal and followed up with a brace from penalty corners in the 18th and 35th minutes – each time wiping out Terengganu’s lead through skipper Chairil Anwar Aziz (2nd minute, penalty corner and 13th minute field goal) and Sharudin Mohd Yusof’s field goal in the 24th minute.
“We may not have the full team for the matches against Perlis and Johor but we will go in fighting. Team spirit is high after the encouraging draw against Terengganu,” added Zulkhairi.
It was also disappointment for last year’s joint champions Pahang who slumped to a 2-1 defeat to Perak in a Group B match.
Perak grabbed an early fifth minute lead through a field goal by Avtar Singh but Pahang equalised on 31 minutes through Sunil Prasad. However, Perak netted the winner two minutes later through Kasevan Naidu with a field goal.
In another Group B match Selangor also got off to a winning start with two wins. In the morning Selangor coached by former international James Murthy  a 2-1 win over Negri Sembilan. Guna Bawan Baladisnan opened scoring for Selangor with a penalty corner goal in the 29th minute.
Mohd Noor Hussin drew Negri level with a field attempt in the 33rd minute but two minutes later Kumareson Suppiah hit the winner for Selangor with a field goal.
Later in the evening Selangor outplayed Armed Forces 3-1 with goals by Buna Bawan (9th), Sivanesan Nadarajah (20th) and Raymond Marks Tio (27th).
Hosts Johor were also in winning mood with a 4-1 thrashing of Perlis – riding on a brace by Khairuddin Mohd Ghani (7th, 21st) after T. Manjit Singh opened scoring in the eighth minute from a penalty corner. Karim Makpol completed the scoring for Johor with a field goal in the 38th minute while Izzat Abdullah (19th) scored the solitary goal for Perlis. – BY RIZAL ABDULLAH
RESULTS
GROUP A
Terengganu   3    Police    3
Johor   4            Perlis      1
GROUP B
Selangor    2     N.Sembilan    1
Perak         2    Pahang          1
Selangor    3    A. Forces        1