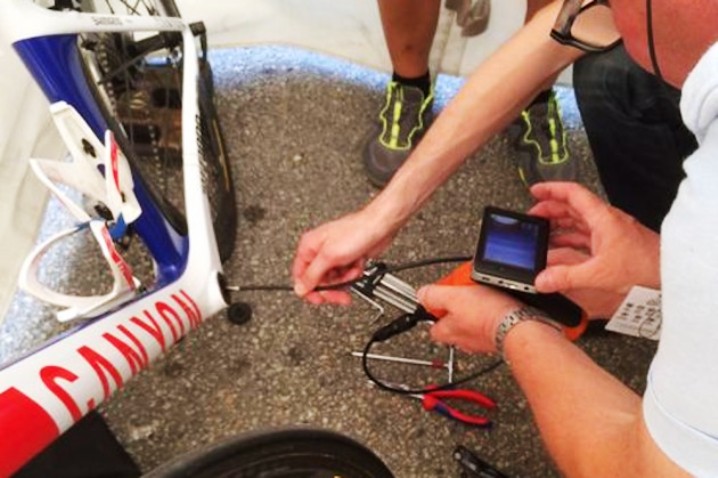 A new magnetic testing device used in professional cycling since January can “detect any form” of mechanical doping, the Union Cycliste Internationale (UCI) said on Tuesday.

Femke Van den Driessche became the first rider to be caught concealing a motor in her bike before the under-23 women’s cyclo-cross world championship race in February.

The Belgian was suspended for six years after being found out by the new system, which uses a scanner to create a magnetic field, with the data sent back to a tablet.

The tablet will then see if any motors, magnets or solid objects such as batteries are hidden in the frame or other parts of the bike, with the process taking less than a minute.

Another form of technology previously used works with thermal images, but UCI president Brian Cookson said that the magnetic device is more efficient.

“This is something we’re taking very seriously,” he said.

“There’s a message to cheaters: if you use this method of cheating, we will catch you.

“It can detect all kinds of technologies. We have a great method that I think is working. The thermical images technology is not as reliable as the one we use.”

UCI technical director Mark Barfield said that 507 random checks were made during the recent Tour de Romandie and that no technological fraud was detected.

“The professional teams want this control. We’ve had a good cooperation with the teams,” he added.

Barfield also claimed that by the end of the year between 10,000 and 12,000 tests would have been carried out at professional events. – Agence France-Presse