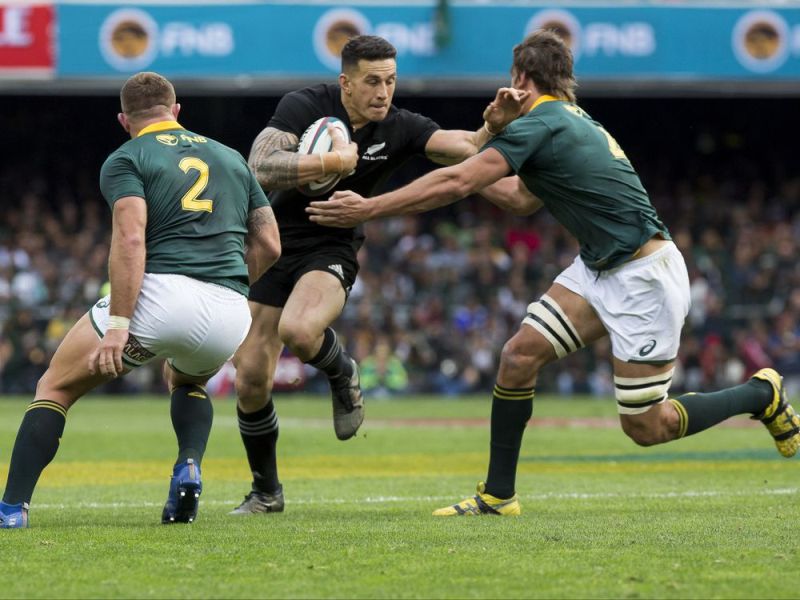 New Zealand coach Steve Hansen said the reigning champions’ title defence would “get off to a bang” after they were drawn against old rivals South Africa for their opening game of the 2019 World Cup.

The All Blacks will begin their quest for a third straight World Cup title when they take on the Springboks in Yokohama on September 21, a day after hosts Japan launch the tournament against a yet to be decided European qualifier.

“I half expected it,” Hansen told reporters at New Zealand’s Twickenham hotel on Thursday ahead of the All Blacks’ European tour opener against the Barbarians at ‘headquarters’ this weekend.

“It’s a good way to start the tournament,” added Hansen following the announcement by World Cup organisers in Tokyo earlier on Thursday.

“It’s something to look forward to. The key thing is we now know where we’re playing, and next is to sort out where we train and play,” he added.

“The tournament wants to get off to a bang, so why not play the two (big teams in the first match)? That’s the big game for the first round-robin.

“It’s either going to be us, or France and England (paired together in a tough Pool C, the so-called ‘group of death’), it looks like we drew the marble, so get on with it.”

Steve Tew, the chief executive of the New Zealand Rugby Union, welcomed the draw, saying: “It’s exciting that the match schedule has been announced and is another big milestone in the All Blacks’ preparation for Rugby World Cup 2019.

“With two years out, today’s announcement begins to really bring to life the tournament for players and fans. All Blacks fans can now begin to start planning their travel and find out how to get tickets to the matches,” added Tew, also with the tour squad in England.

New Zealand and South Africa have traditionally been regarded as rugby union’s two pre-eminent countries for much of its 146-year history as an international sport.

At the end of union’s amateur era in 1995, South Africa — who had beaten the All Blacks in that year’s World Cup final in Johannesburg — had won 21 matches against New Zealand, lost 18 and drawn three.

But professionalism has seen New Zealand pull away in the head-to-head record, with the All Blacks now leading the Springboks 57-35 in 95 Tests — the three draws the only constant.

September saw New Zealand, the Rugby Championship winners, thrash South Africa by an astonishing 57-0 in Albany only for the Boks, a few weeks later in the southern hemisphere tournament, to push the All Blacks hard before going down by just a point in a 25-24 loss in Cape Town last month.

In World Cups where New Zealand haven’t emerged as champions, previous All Blacks coaches have complained about a lack of sufficiently tough pool games prior to the knockout stages.

But Hansen, a former Wales coach, accepts that won’t be an issue in Japan.

“I don’t know whether we like it or not but that’s what we’re doing,” he said.

After the Springboks match, New Zealand will face the yet-to-be determined Repechage Winner and Africa 1 teams in Oita and Tokyo on October 2 and October 6 respectively, before concluding their pool campaign against Italy in Toyota on October 12. – Agence France-Presse