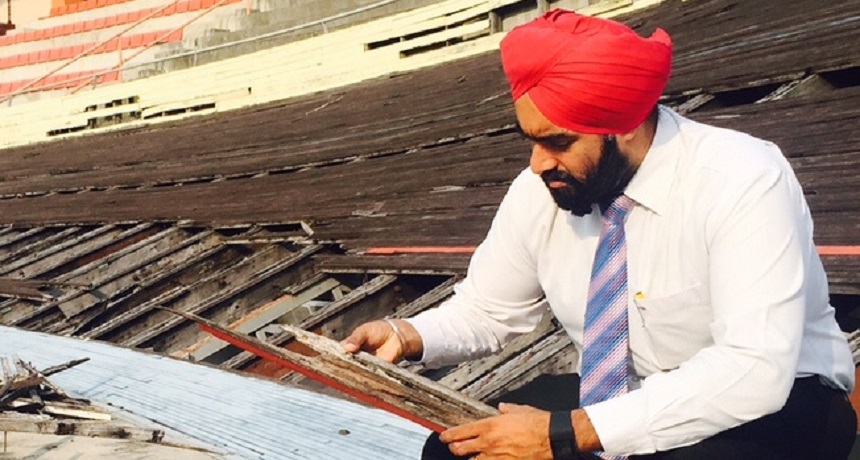 International Cycling Union (UCI) Management Board Member, Datuk Amarjit Singh Gill has totally denied that there was any discussion at all during the last UCI Management Committee Meeting in Guilin, China last week about Velodrome Rakyat leave alone any directive given to bring the track down.

Datuk Amarjit Singh who is also the President of Perak Cycling Association (PCA) was responding to a local newspaper report stating that UCI had directed that Velodrome Rakyat should be brought down as it has been rebuilt not according to the UCI Specifications.

“As a member of the UCI Management Committee (MC), I was there throughout the meeting in Guilin and I can state here clearly that there was absolutely no discussion or even any mention of the word Velodrome Rakyat during the 1 day meeting” said Amarjit who is also the Vice President of Malaysian National Cycling Federation (MNCF)

In fact I am very surprised as to who, how and where is the source of this information from that such instructions were given by the UCI Management Committee.

If there is any decision pertaining to Asia and more so to Malaysia, I will be the first to be informed and consulted. There is no truth in the story that UCI MC had given any directive on this matter.

However on the issue of homologation by UCI, the said process is still ongoing and if UCI Technical officials would like to make some recommendations, they are welcomed and I am sure the contractor in question and the track builder will comply to the same. UCI Homologation entitles Velodrome Rakyat to host UCI International Registered Events.

“Pertaining to the issue that the Track events will be dropped from SUKMA in Perak, let me make it clear that for any National events to take place on the track, it only requires the homologation by the National Federation which is the MNCF. Therefore, question of the SUKMA 2018 Track events will be dropped doesn’t arise at all” added Amarjit Singh who is a Ipoh based lawyer.

As far as I know the track and the facilities are ready except for the timing system which is due to be installed and ready by next month. We have even asked the Ministry last month during the meeting to allow PCA to use the track for Perak cyclists to do their training which they have agreed in principal.

Last year at the meeting organized by Ministry of Youth and Sport at the Ministry in Putrajaya which was attended by the MNCF President, Datuk Haji Abu Samah Wahab, Tan Sri Darshan Singh Gill and myself, we had clearly indicated that the contractor and the builder must sort out the plans for the Velodrome Track so as to ensure that the homologation will be given by UCI. This meeting was also attended by all the relevant contractors and the track builder, Mr. Sander Douma from Netherland.

In 2016, Velodrome Rakyat was given a special allocation of RM 11 million by the Ministry of Youth and Sports Malaysia to refurbish the damaged 250 meters timber track.

This Velodrome which was the 1st in the country was built from door to door public donation drive by Tan Sri Darshan Singh in 1984 after getting the blessings from the Late Sultan Azlan Shah of Perak, thus called the People’s Velodrome (Velodrome Rakyat) having hosted many major International Cycling Competition.