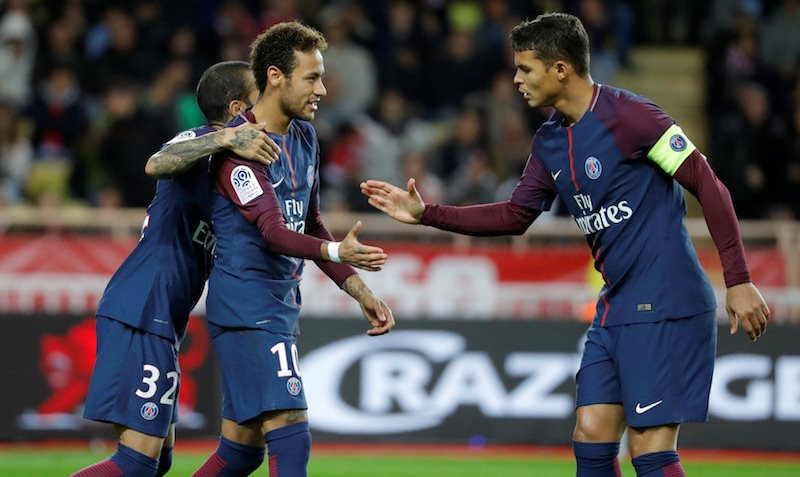 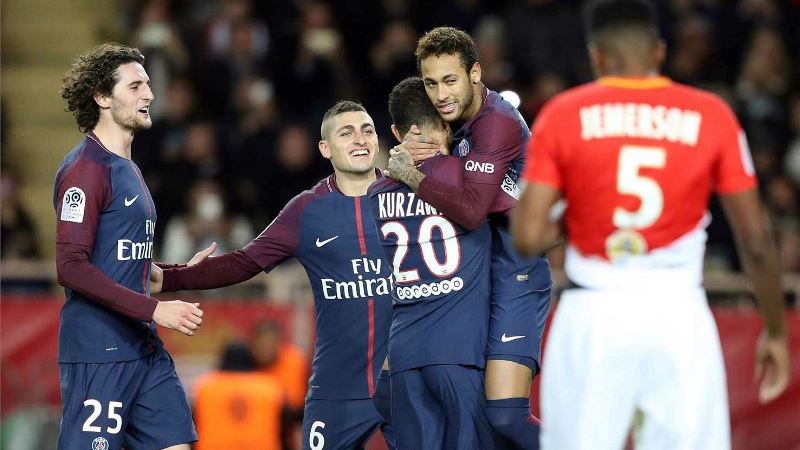 Edinson Cavani and Neymar were both on target as Paris Saint-Germain edged champions Monaco 2-1 to climb nine points clear atop France’s Ligue 1 on Sunday.

But it was a frustrating night in the principality for the world’s most expensive teenager, as Kylian Mbappe missed a raft of chances on his return to the club who will bank 180 million euros ($214.8 million) when his switch to PSG becomes permanent at the end of the season.

PSG now have 38 points from 14 games and are unbeaten, nine points clear of Lyon and Monaco, with Marseille one further adrift.

“We’ve won at the champions, that’s good,” said PSG coach Unai Emery. “Now we have to continue the work and improve further.”

Cavani struck the opener, his 16th league goal this season and 22nd in all competitions, when he met a cute cutback from Julian Draxler on 19 minutes and toe-poked it into the top corner.

Neymar had rattled the post and Monaco nerves swiftly after the restart before winning a penalty as Almamy Toure ran into him.

Cavani had promised reporters Neymar would take PSG’s next spot-kick and so it was.

The Brazilian, who had inspired a 7-1 Champions League thrashing of Celtic in midweek, coolly sent Monaco ‘keeper Danijel Subasic the wrong way with a confidently-struck penalty on 52 minutes.

The home side may have sold several of their title-winning stars in the close season, but Leonardo Jardim’s men rallied.

Radamel Falcao, with 13 goals from ten Ligue 1 starts ahead of this game, managed a fine header when surrounded by four PSG defenders and also fired a free-kick narrowly over.

Veteran Portuguese midfielder Joao Moutinho pegged Paris back with a free-kick nine minutes from time that struck Mbappe’s head on the way into the corner, but Monaco could not find an equaliser.

“It’s difficult against this team with so much quality in it,” Monaco midfielder Fabinho told French television.

Earlier Sunday, Memphis Depay starred with a double as Lyon thumped Nice 5-0 on Sunday to move into second behind Paris.

France forward Florian Thauvin scored a first-half winner as Marseille stretched their unbeaten run to nine games and stayed just a point off the Champions League places with a 1-0 home win over Guingamp. – Agence France-Presse