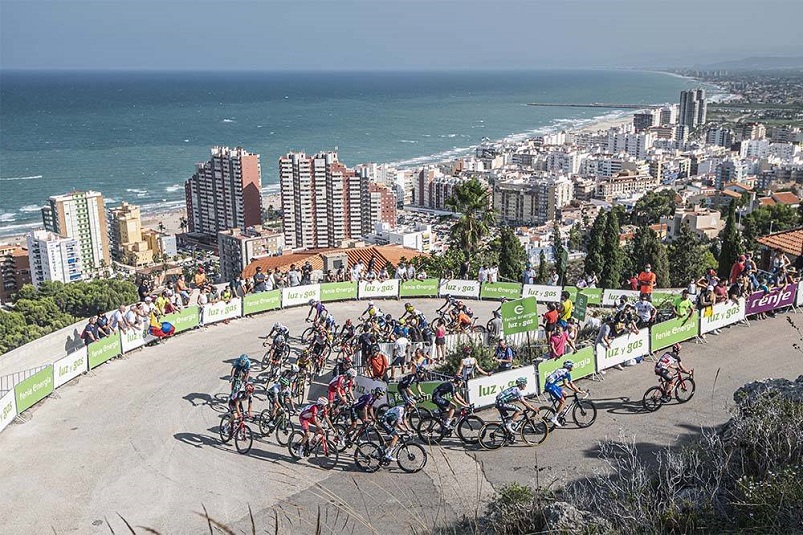 Magnus Cort Nielsen (EF Education Nippo) claimed a spectacular win as he narrowly edged Primoz Roglic (Jumbo-Visma) on the slopes of the Alto de la Montaña de Cullera at the end of stage 6 of La Vuelta 21. The Dane took his fourth victory in the Spanish Grand Tour after an all-day battle.

He was the only one from the early breakaway able to fend off the big guns. Kenny Elissonde (Trek-Segafredo) survived the many splits that occurred into the last 50km but he couldn’t hold on up the final climb. He loses La Roja to Roglic, who now leads the overall standings ahead of three Movistar Team riders. But stage 7 is set to shake the general classification again on the way to Balcon de Alicante.

Everyone – 182 riders – is back at the start of stage 6 of La Vuelta 21 despite the mass crash that happened on the way to Albacete. And many riders are willing to bring battle on the way to the Alto de la Montaña de Cullera. Attacks fly from the start, in Requena, but it takes 43km before a duo of attackers manage to get away.

BikeExchange on the hunt for the stage

Kenny Elissonde’s Trek-Segafredo let them go as they don’t represent a major threat for La Roja, Jetse Bol being the best classified rider on GC with a gap of 9’17’’. The gap increases to a maximum of 7 minutes, with 95km to go, before Team BikeExchange take the lead of the bunch. The attackers’ lead is down to 3 minutes as they enter the final 50km of the stage.

The bunch splits due to a strong acceleration into the last 35km. Kenny Elissonde is momentarily dropped but his teammates manage to bring him back in the first group with 25km to go. Hugh Carthy is also dropped with 12km to go but EF Education Nippo position him again in the front positions ahead of the final climb.

Ineos Grenadiers set a very hard pace into the final kilometres and the gap is down to under 25’’ at the bottom of the Alto de la Montaña de Cullera. Michael Matthews (Team BikeExchange) tries to bridge that gap in the last 500m and Primoz Roglic (Jumbo-Visma) sets off in pursuit of Magnus Cort Nielsen… But the Dane holds on to take victory while the Slovenian claims La Roja. – www.lavuelta.es