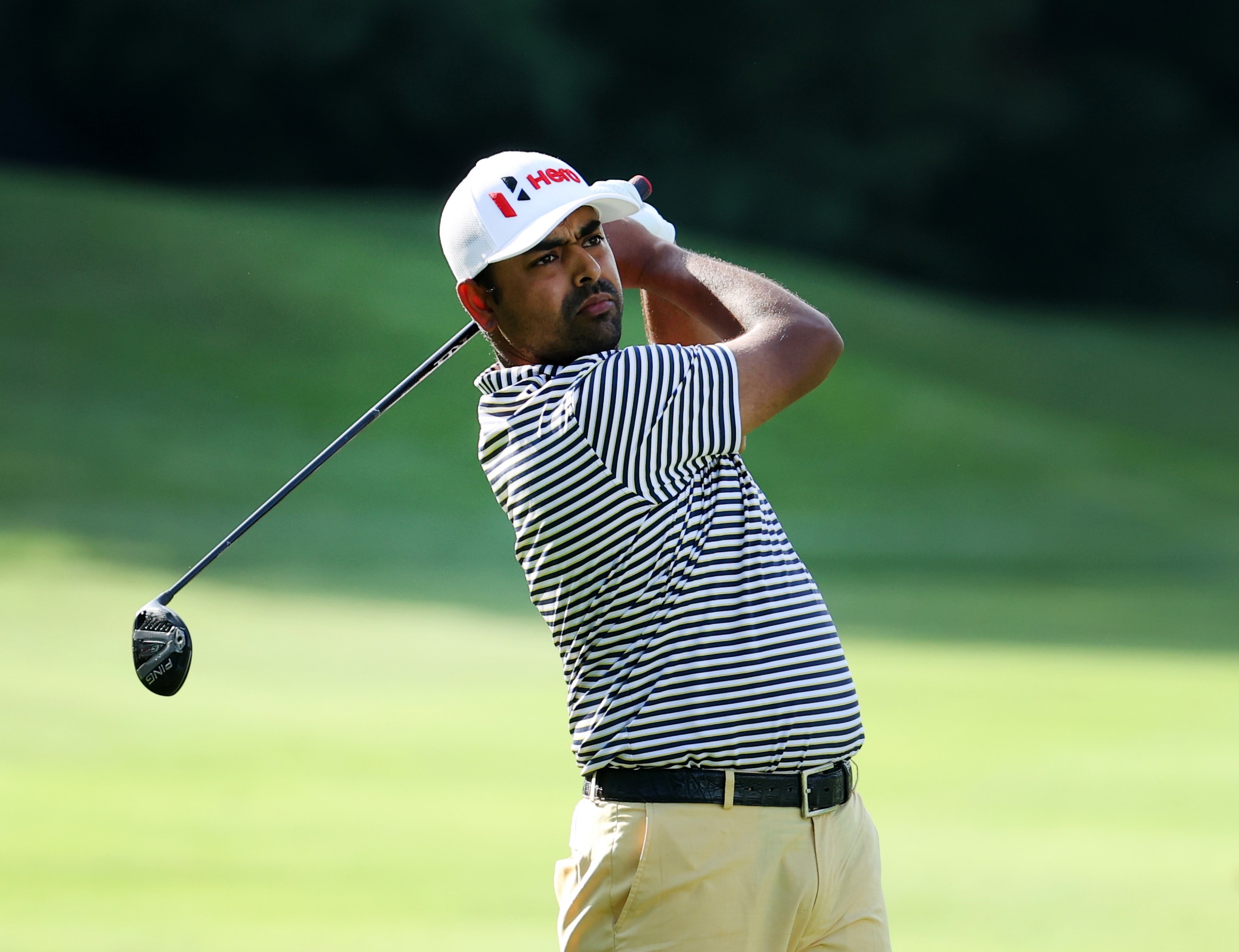 India’s Anirban Lahiri ground out a 2-under 69 in the first round of THE NORTHERN TRUST on Thursday to keep alive his hopes of extending his run in the FedExCup Playoffs.

The 34-year-old, who qualified for the first of three Playoffs events in 121st position, needs to jump inside the top-70 this week and his cause was helped with a solid showing amidst swirly conditions at Liberty National Golf Club in New Jersey.

American Justin Thomas, who was the FedExCup champion in 2017, and Spaniard World No. 1, Jon Rahm carded matching 63s to share the first round lead, with Harald Varner III of the U.S. sitting in third place following a 66.

Lahiri pencilled down four birdies against two bogeys for a share of 15th position with amongst others, Japanese star Hideki Matsuyama, and knows he needs further gains up the leaderboard with his current projection placing him 90th on the FedExCup points list.

“I think I played really well. I hit my irons really good today, and you needed to. I think conditions were extremely hard. So you just have to do everything good. You have to hit it in the fairway to start, and then the course is going to ask you some questions with your mid and long irons, and you just have to answer them. I did feel like I didn’t putt very well. I had a lot of chances, gave myself a lot of looks. Probably left two, three shots out there, but all in all, I’m satisfied,” said Lahiri, who ranked seventh in Strokes Gained: Approach to Green but 87th in putting.

Following a challenging season where he came down with COVID-19 and endured limited starts due to his playing category, Lahiri is starting to show some good form again. The two-time International team member at the Presidents Cup finished tied third at the Barbasol Championship last month and needed two late birdies on Sunday at the Wyndham Championship to safeguard his top-125 status on the FedExCup points list to return to the Playoffs after missing out the last two seasons.

“It’s nice. It feels familiar,” said Lahiri of his return into the Playoffs. “It feels like home. It feels like where I should be year after year. It doesn’t really feel odd or feel new in that sense, but, like I said, I’ve come into this Playoffs feeling really good about my game. It’s been a good place. So I’m trying to build on that and just build some momentum as I go through this,” said Lahiri.

While he chases a higher position on the leaderboard, Lahiri understands the need to conserve his energy levels after a busy run of tournaments over the past two months which included a trip to the Olympic Games Tokyo 2020 where he finished tied 42nd.

“I’m just trying to sleep more. The kind of schedule I’ve been on, the amount of tournaments I’ve played in, the miles that I’ve clocked, it’s about managing energy for me right now, and that’s what I’m focusing on,” he said.

“I know I’m playing well. I know most departments of my game are in good health. So it just comes down to staying on top of that, kind of managing the areas where I feel like I need to improve a little bit, and just trying to stay as fresh as possible. A golf course like Liberty National, especially when it gets windy like this, it demands a lot of mental energy. You have to be sharp mentally, and that’s what I’m trying to do this week.”

Matsuyama, the reigning Masters champion, hit five birdies, one double bogey and one bogey, to card a 69 while the other Asians in the field, K.H. Lee and Sungjae Im of Korea opened with 71s, Si Woo Kim carded a 72 and Chinese Taipei’s C.T. Pan shot a 74.