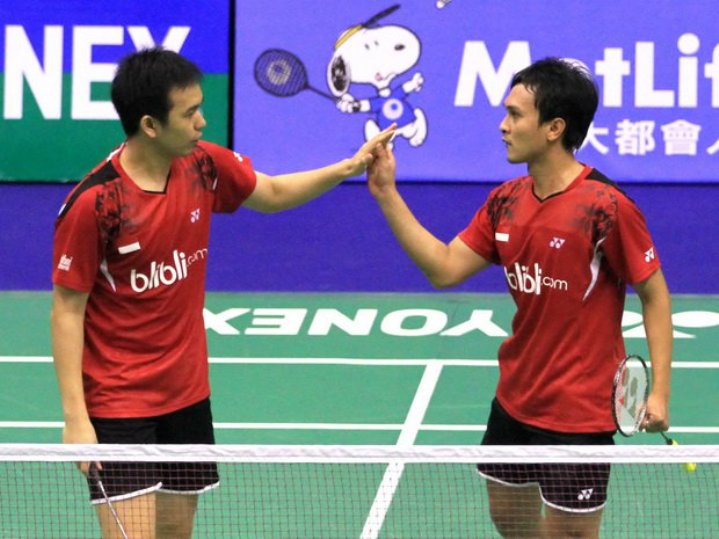 Malaysia’s 12-year wait to win the men’s doubles title in the prestigious Yonex All England continues after youngsters Aaron Chia-Soh Wooi Yik fell at the final hurdle at the Arena in Birmingham on Sunday.

The Malaysians lost out in experience when they surrendered a one-game advantage against Indonesian veterans Mohammad Ahsan-Hendra Setiawan in their 21-11, 14-21, 12-21 defeat in 48 minutes.

Despite the defeat, the Malaysians can hold their heads high and look to coming tournaments with confidence. It was also the battle of the nerves for Aaron, 22, and Wooi Yik, 21 as they crumbled in the thriller to Ahsan, 31, and Hendra 34.

Hendra was nursing a right calf injury which seemed to have affected his play in the opening game. However, the Indonesian veterans with two world titles, one Olympics gold behind them changed their pace of the game and strategy and used their experience to full advantage.

Malaysia last won the men’s doubles title through Koo Kien Keat-Tan Boon Heong and this was in 2007.

“I did not think of my injury. I just focused on the game,” said Hendra who sustained the injury in the semi-finals against Japan’s Takeshi Kamura-Keigo Sonoda.

Meanwhile, in the women’s singles, two-time defending champion Tai Tzu Ying of Chinese Taipei was blown away by China’s 21-year-old Chen Yufei. The third-seeded Chinese, who lost all her previous 11 meetings, turned the tide this time with a stunning 21-17, 21-17 win in 40 minutes.