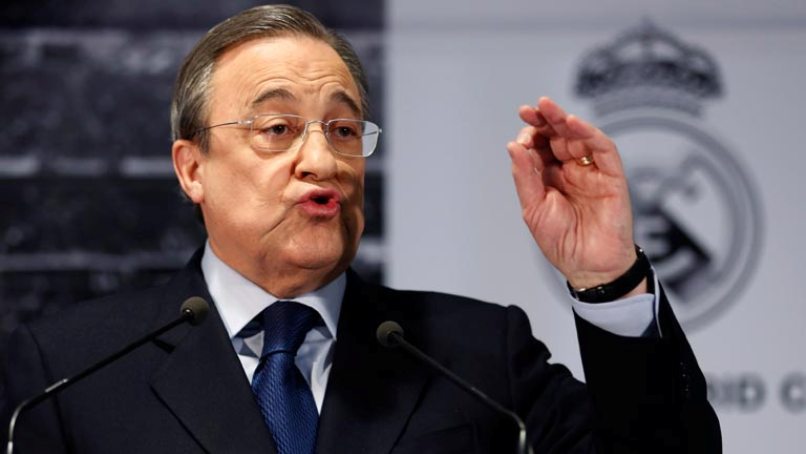 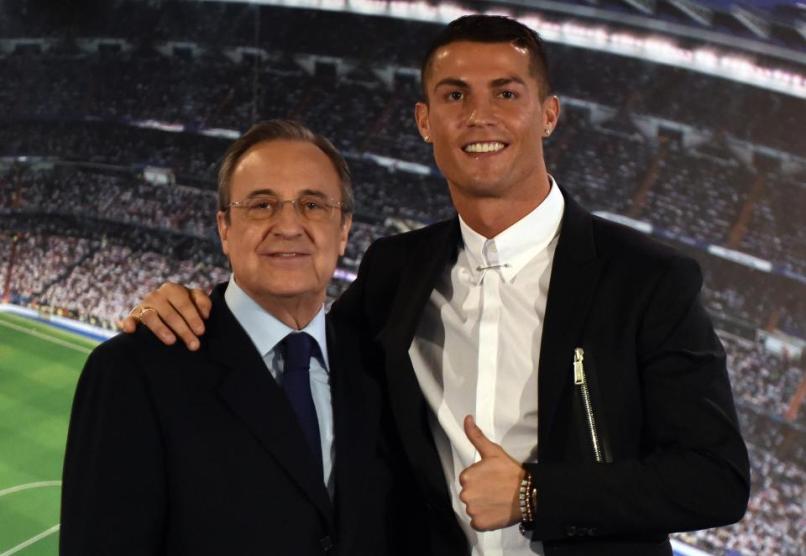 There has been no interest from any club in Real Madrid’s star player Cristiano Ronaldo, who has threatened to leave Spain after running into problems with tax authorities, according to club president Florentino Perez.

“No one has sent us an offer for either Cristiano or anyone else,” Perez told Onda Cero radio station.

“Ronaldo is a lot more powerful and more important than all of us who are here,” he added.

Perez’s first task after being reelected unopposed as Real Madrid president on Monday will be to appease Ronaldo amid speculation the four-time world player of the year wants to leave.

“As no other candidature was put forward to the board … it is proclaimed that Mr Florentino Perez Rodriguez is president of Real Madrid,” the Spanish and European champions said in a statement.

The 70-year-old construction magnate’s third term in charge of Europe’s most successful club spanning 15 years — 2000-2006 and since 2009 — will be rubber stamped at a ceremony at the Santiago Bernabeu later Monday.

And among the first issues he will have to deal with is Ronaldo — who he bought in 2009 from Manchester United for a record 94 million euros ($105.3 million).

Ronaldo is threatening to leave Spain after running into problems with tax authorities.

The frenzy of speculation began soon after Ronaldo was accused last week of a 14.7 million euro tax evasion through offshore companies.

The Portuguese international is currently in Russia competing for the European champions in the Confederations Cup.

And according to Spanish sports daily Marca, Ronaldo has told his teammates: “I’m leaving Real. I have made a decision. There is no turning back.”

Portuguese sports daily A Bola also claimed that Perez had already been informed of the 32-year-old’s decision.

There has been speculation that Ronaldo is trying to put pressure on Real so that they will bear some of the burden of an eventual fine as Barcelona did for Lionel Messi.

Among the clubs reported to be interested in Ronaldo is former team Manchester United for a fee which could hit 200 million euros, with a possible get-out clause of one billion euros.

Since extending his contract in November until 2021, Ronaldo is according to Forbes the highest paid sports star in the world with $93 million (83m euro) in 2016-2017.

Paris Saint-Germain and Chelsea are also reported to be interested but Bayern Munich president Karl-Heinz Rummenigge denied the German champions would make an offer.

“We are accustomed to intensive speculation on possible arrivals and departures during the transfer period,” wrote Rummenigge in the statement.

“As a rule, we do not comment on these rumours. But now in the case of Cristiano Ronaldo, we want to clarify once and for all that this rumour has no basis and must be referred to in the realm of fables.”

Perez’s opponents have criticised reforms in the club statutes which have toughened criteria for aspiring candidates.

Candidates must now have been a member of Real for over 20 years, compared to the old requirement of 10 years, and have a personal fortune of over 75 million euros. – Agence France-Presse