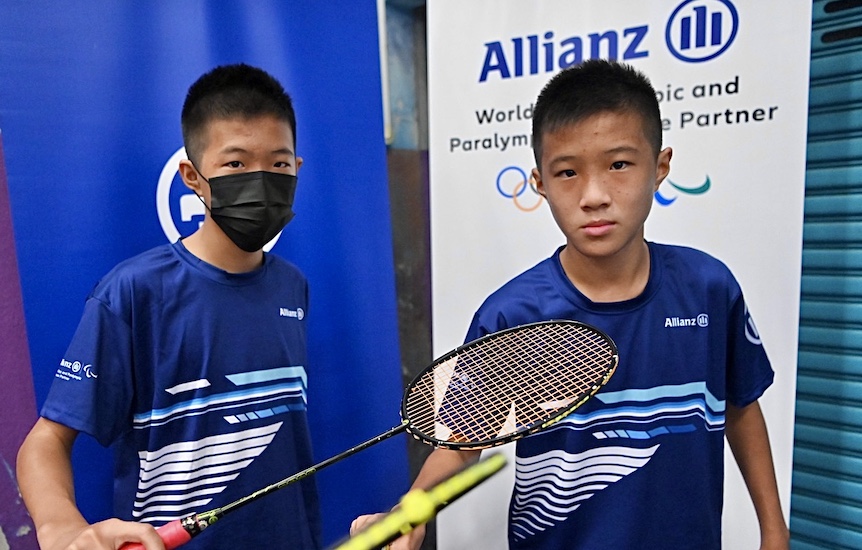 The plot in the Allianz Junior Badminton Championships Qualifying Round 5 at the University of Science Malaysia Sports Complex is getting far more exciting.

Another pair of twins – Ang Kok Huai and Ang Kok Miao have made their entry known in the Boys Under-15 doubles.

Kok Huai and Kok Miao are the second pair of twins who aim to stamp their mark in the AJBC after Thong Shun Le and Thong Shun Yi who are competing in the Boys Under-13 singles and doubles events.

“Both brothers never had such opportunities to compete in tournaments. They are very excited about playing the game and I do my best to encourage them in the AJBC,” said the mother of both twins, Yeoh Liak Moey.

“I was browsing the Allianz Facebook and came across an add on the AJBC inviting entries. I told my children about it and they got excited. I am happy for them as they have something to look forward to,” said Madam Yeoh.

“I hope AJBC will boost their interest and confidence level, and they train harder for future tournaments,” she said.