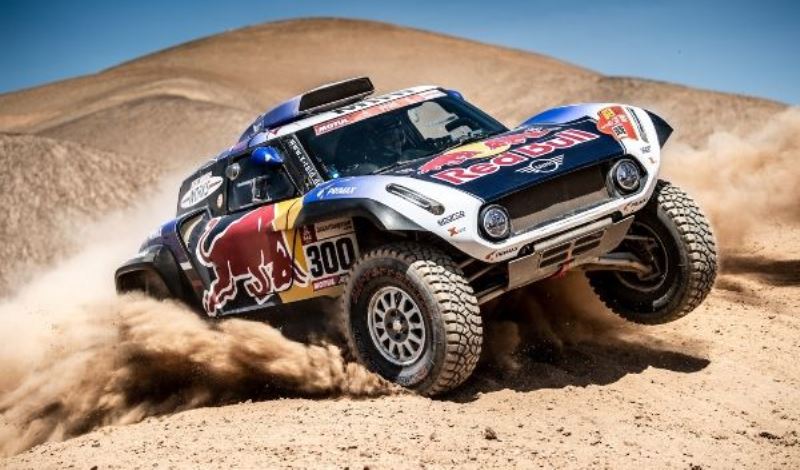 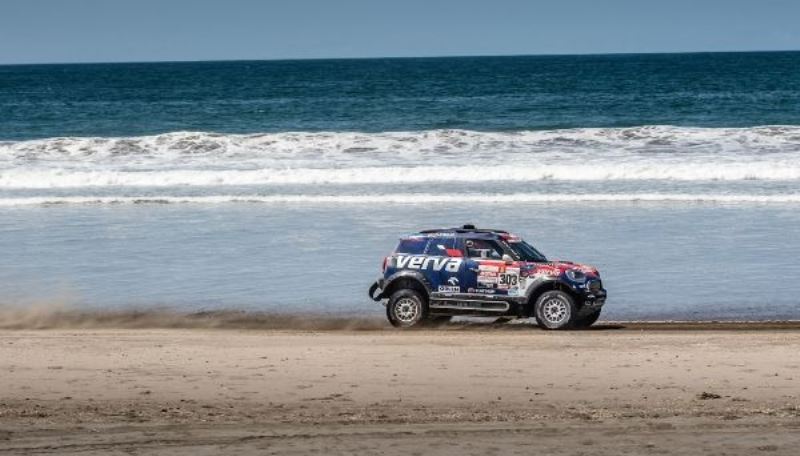 Today’s official rest day allows competitors time to recharge, reflect and prepare for the week ahead.

At the end of Stage 5, the halfway point of Dakar 2019, Stéphane Peterhansel (FRA) and co-driver David Castera (FRA) in a MINI John Cooper Works Buggy finished in fourth to maintain second place in the overall rankings.

To actually have completed Stage 5 was a result in itself because only 19 competitors in the Auto category crossed the stage finish point before Dakar officials stopped the race due to severe fog.

Stage 5 started after an official overnight Marathon event where the competing crews are separated from their support teams and have to carry out important service work to their vehicles without any assistance. This means the crews will have not only endured a full day’s racing but the rigours of working late into the night.

The start of Friday’s Stage 5 was delayed due to fog that kept the safety helicopters grounded until good visibility over distance returned. The fog subsided but returned later in the day and played havoc with all competitors while driving across bad terrain, which included the dreaded dust-like sand known as ‘fesh-fesh’.

Despite problems such as punctures, heavy impacts with rocks and getting stuck in fesh-fesh, six of the MINI crews managed to complete the stage before it was stopped. Unfortunately, the MINI John Cooper Works Rally crew of Yazeed Al-Rajhi (KSA) and co-pilot Timo Gottschalk (GER), were one of the many who didn’t complete and now await official confirmation of final placing.

Today’s rest day couldn’t have come at a better time. After five stages of tortuous terrain, all the MINI crews are recharging their bodies via appointments with physio specialists and relaxation. Meanwhile, their vehicles will once again be thoroughly serviced by X-raid, MINI Motorsport’s motorsport partner.

“At the beginning of Stage 5 it was fast with some parts fesh-fesh, but it was ok and we managed. Then we had some very nice track similar to WRC and it was very interesting to drive. But then 30 km from the end we got stuck on fesh-fesh… fesh-fesh a metre deep like I had never seen before and got stuck. We had to wait until we got help from Nani Roma – without his help I think it would have been impossible to restart.

“So far, there have been some good and some bad points. The positives are we are still in second place and David Castera is doing a really a good job as co-driver; in five days we never lose the tracks. The negative point is I make too many mistakes – the second day and yesterday we got stuck and lost a lot of time.”

“Stage 5 was a tough day, more than we expected. On the first part of the stage we had a big impact in one place and then a big jump, which gave us a puncture. And later we had another puncture. The second part was really crazy because of the conditions. We saw the fog coming but it was worse than this morning. The fog was all around with fesh-fesh for ground and we don’t see anything. It makes driving really complicated.

“We know how hard it can be in Peru and expect the second week to be harder than the first. Anyway, we are here now and happy for the rest day even though so far it is has not been so perfect.”

“The last stage was not so easy because of fog. We had zero visibility, maybe 10 metres and then nothing. I had to drive according to what Tom was seeing from the road book, which was really hard because I could see nothing. We were really lucky because there were some really big drops.

“It has been a really good week and we are happy that we could fight with the Dakar legends. Our MINI John Cooper Rally is really good and we have had no big issues. Tom and I are cooperating really well. We are a little tired but we have some rest today and then we start the second part full of power and, for sure, push more and more.”

“We started yesterday with good rhythm on the beach and with Carlos, which was quite nice. But after 100-something kilometre we must have had a rock hit the brake line and we lose braking. We had to stop and make a repair. But the problem we had with three brakes is that when braking the car would slide.

“The car has really good performance; chassis, suspension and engine. It was not the week expected of me. Every day we have stories of problems but… this is Dakar.”

“We were driving through fesh-fesh and suddenly I couldn’t see anything. I had to drive very slowly but we still managed to get stuck. It was Ein Kamaz who pulled us out. We had more problems during the neutralization phase when I wanted to leave the asphalt and got stuck in a deep hole. Kamaz had to pull us out again. That was just a day to forget!”