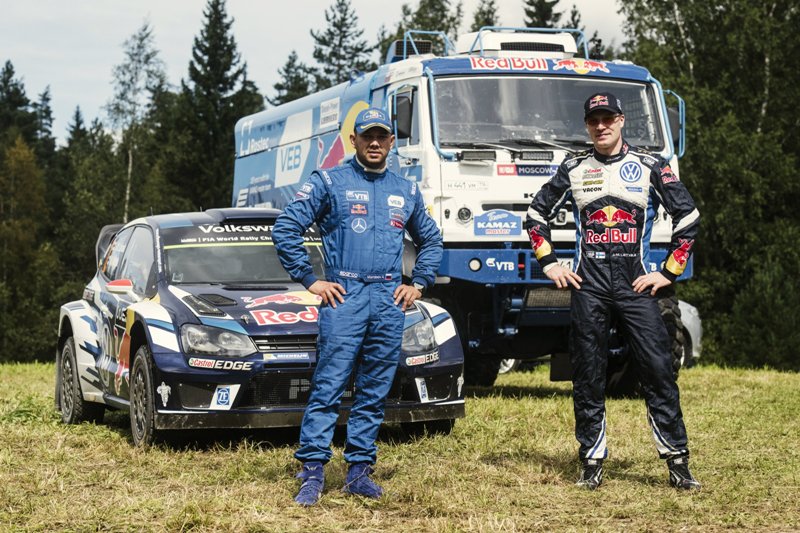 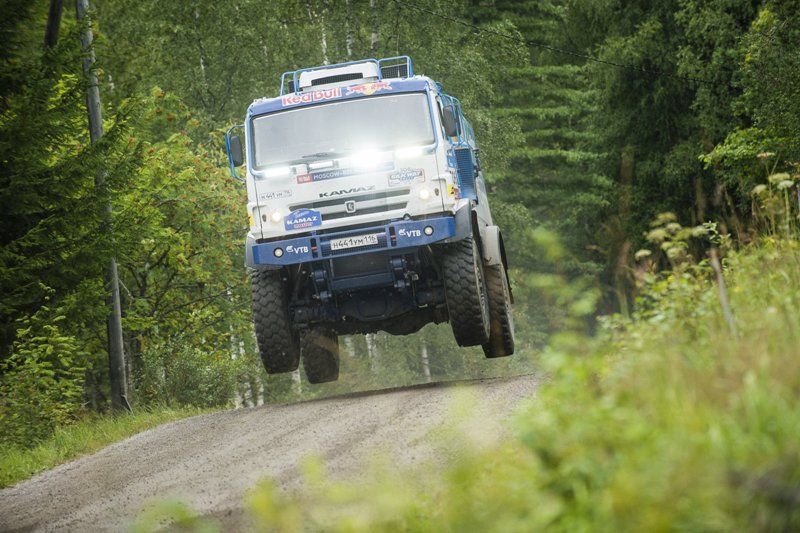 Kamaz and Volkswagen battle on WRC Finland’s iconic Ouninpohja stage
The 318-horsepower Volkswagen Polo R WRC, a car that has won Rally Finland three times, faced the Kamaz 4326 truck, the undisputed King of the Dakar with close to 1000 horsepower, on a narrow road for an enormous jump.

At the wheel of the Polo was Jari-Matti Latvala: just like his car, a three-time Rally Finland winner. Close behind him in the Kamaz was Russia’s Ayrat Mardeev, who won the Dakar truck category in 2015 and claimed a podium finish on two further occasions. He also took a truck win in the Silk Way Rally from Moscow to China last month. So a 10,200kg truck versus a one-tonne car, with a 16.2-litre diesel engine doing battle with a 1.6-litre turbo petrol.

“When you accelerate in the car, the power goes down so quickly that it takes some time for the truck to catch up,” Latvala pointed out. “But the funny thing is that under braking, when the truck is coming a bit closer, you really feel like you want to run away. You don’t want it to touch you.”

“I was surprised how far the truck jumps,” he said afterwards. “It’s really quite something; I got goose bumps.”

“This really is a huge, massive machine,” added Mardeev. “And when you sit behind the wheel of such a powerful truck, it’s an incomparable feeling: you feel the full power of the truck as soon as you start the engine, while all the vibration is transferred to your hands and your body.”

On the roads of the Dakar, launching the Kamaz through the air is part of a normal day’s work.

“In rally raids this happens all the time: during the day we lose count of how many times we jump and fly,” he explained. “But this place is one of the most legendary in the whole championship. Maybe not even so much for the jump itself, but more because of its location and its importance for the championship. So for Jari-Matti and me such activity it’s the meaning of our lives. We can’t live without it. You could call it an adrenaline addiction.”

For the Finnish rally driver, seeing the truck fly through the scenery of his homeland has raised some intriguing possibilities for the future. After all, a number of WRC stars have gone on to continue their careers at the Dakar, from former Dakar winners Ari Vatanen and Juha Kankkunen, to stars such as Sebastien Loeb and Mikko Hirvonen in more recent times.
“I have to say that now I’m excited: maybe after my rally career I should go to the Dakar and drive a truck,” he concluded. “That would be a good experience for me and then I would have it in my museum later on. I know that Loeb and the others have been driving the Dakar cars, but actually I’m more excited about the trucks now…”