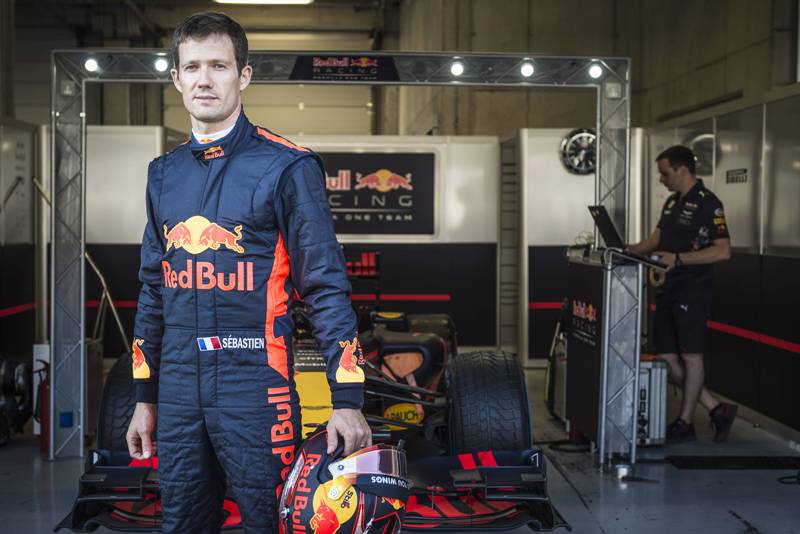 Sébastien Ogier stands on the verge of a fifth consecutive FIA World Rally Championship title in Britain this weekend.

Ogier has been unbeatable in the muddy forests of Dayinsure Wales Rally GB for the past four seasons.

A record fifth victory would secure another drivers’ title and complete a dream double on home soil for M-Sport World Rally Team.

It would also clinch a first manufacturers’ crown since 2007 for the privately-run British squad over the might of three of the world’s biggest car firms.

“This could be a very special event for the team but we can’t think too much about that. We just need to focus on enjoying the rally and delivering the best performance we can,” said the Ford Fiesta driver.

Ogier holds a 37-point lead over team-mate Ott Tänak with the British fixture and next month’s final round at Kennards Hire Rally Australia (16 – 19 November) remaining. Thierry Neuville is a further point behind.

The permutations are complex but to keep the championship alive until Australia, Estonian Tänak must score at least seven points more than Ogier this weekend while Hyundai Motorsport’s Neuville must take eight more.

It’s a tough task against a driver who has been so dominant in Wales for the last four years.

Ogier also has the advantage of starting first in Friday’s opening leg, a position which secures the best grip on the muddy tracks.

He added, “It’s one of the most challenging rallies of the year and there is a real art to judging the grip levels through the forests. It’s an event that takes a while to get to grips with, quite literally, but I have to say that I now feel at home on the Welsh stages.”

A fifth drivers’ title would promote Ogier to second in the all-time rankings. However, he would still be some distance behind Sébastien Loeb, who won nine in a row between 2004 and 2012 and will be in Britain to follow the fortunes of his fellow countryman.

The battle for the manufacturers’ title is simpler. If one of M-Sport’s three nominated drivers – Ogier, Tänak or Elfyn Evans – finishes in Britain, irrespective of the overall position, it will secure the four points that are required.

“It’s hard to find the words to describe just what a momentous achievement we are on the verge of securing this week,” said team principal Malcolm Wilson.

“But it’s not done yet and we cannot forget just what a challenging event Wales Rally GB can be. The changeable weather, unpredictable grip and long days make it one of the most demanding events of the year.”

The Deeside-based rally starts on Thursday evening and finishes on Sundayafternoon after 21 speed tests covering 304.36km.