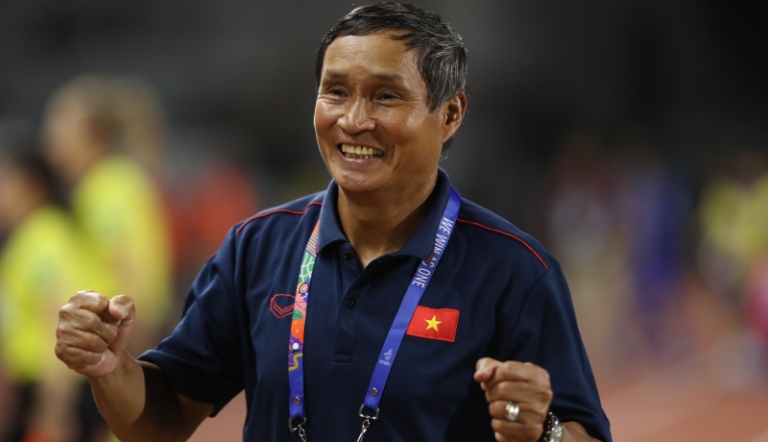 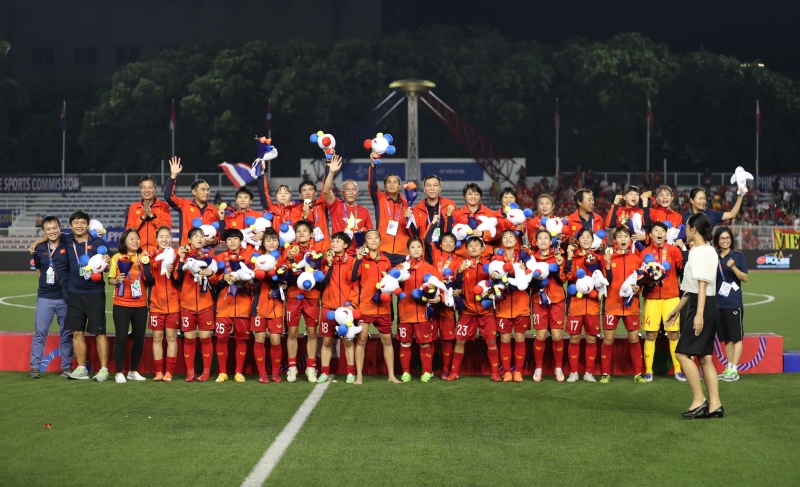 Shortly after picking up their second women’s football gold medal at the SEA Games 2019 in two years, Vietnam are already looking at winning a spot at next year’s Olympic Games in Japan.

Vietnam confirmed their position as the queen of women’s football in the ASEAN region when they beat Thailand 1-0 after extra time in the final last night that was played at the Rizal Memorial Stadium.

The win was a follow-up from their victory in the AFF Women’s Championship 2019 – incidentally also after extra time.

“Immediately after the SEA Games, the team will continue to rejuvenate with the older players to give way to the younger players.  There will be 4 to 5 young players from the National U19 squad who will be added to the senior team to prepare for the qualifying round of the Olympic Games 2020 and SEA Games 2021 which Vietnam will host,” said Duc Chung.

“Every time I go to the SEA Games with the team, I feel very emotional, especially when the team does well.  If I’m asked to continue to lead the women’s team, I am very ready and will immediately embark on the next plan, devote to it until I can no longer do it. ”

Duc Chung said that the success of the Vietnam women’s national team in Manila was the result of all the hardwork of everyone concerned.

He said that initially, there were some issues that needed to be addressed but in the end, it turned out well and the team was able to reap the result they desired.

“The team encountered some difficulties initially, some random situations.  But with the help of the VFF, the team’s Head of Delegation, we managed to overcome it very quickly to stabilise the players. I admire the competitive spirit of Vietnamese women players,” added Duc Chung.

“But they still have to learn a lot and need to practice more.  I hope with the investment of the General Department of Sports and Physical Training, LDBDVN, Vietnamese women’s football will continue to grow stronger, be more successful and have the opportunity to attend the World Cup one day.”